Parkhouse Farm is known to have a very ancient history. It is named as a tenant farm of Furness Abbey from as early as c1510 and appears to have passed, along with the site of the abbey, to the Preston family following the dissolution of the monasteries. During the late seventeenth and early eighteenth centuries it was occupied by the Gibsons and by the nineteenth century it was occupied by the Boltons, who were involved in iron mining nearby by the late 1860s. Little is known in detail about the development of the farm, and although the farmhouse is thought to be of sixteenth century origin and has been subject to some investigation, the farm buildings do not appear to have been previously studied. Early maps of the site demonstrate that the complex had taken on much of its present form by the mid nineteenth century, although considerable alteration of the buildings and demolition of some attached structures had recently taken place.

The building recording revealed that the earliest element of the main part of the complex was a large threshing barn, probably of late eighteenth or early nineteenth century date. This was soon expanded to the south-west with a small cow-house and to the south-east with a much larger cow-house. A separate hay barn or linhay was built to the north of the main part of the complex between 1889 and 1911. All of the buildings were constructed with large amounts of reused stone, some very finely dressed and sculpted and with masons’ marks, which was presumably taken from Furness Abbey. In addition several reused pieces of timber were also incorporated into the threshing barn and large cowhouse, which presumably came from a large timber-framed building somewhere nearby. The threshing barn and the large cowhouse were evidently badly damaged by fire on at least one occasion, and this led to substantial rebuilding, with the insertion of new floors and construction of new roofs. More recently the threshing barn and smaller cowhouse were converted for use as a farm shop and flat, leading to further alterations such as the addition of partition walls.

The farm buildings at Parkhouse Farm show a number of features of interest. Their development, showing a change in emphasis from arable farming to dairy, is typical, and something that came about as a result of increased demand for milk during the industrial revolution. The evidence for reused masonry from Furness Abbey is also perhaps to be expected given the close associations between the site and the Preston family, and the identification of masons’ marks is important proof of this. In addition, the reused timber suggests that a substantial earlier building, at least partially of timber frame construction, stood nearby, although the date of this is not known. It is likely that the farm buildings are of late eighteenth to early nineteenth century date, and this is potentially confirmed by the cartographic sources, the style of the buildings and the presence of Baltic timber marks on some of the timbers.

The full report is available on the Archaeology Data Service website: https://archaeologydataservice.ac.uk/archiveDS/archiveDownload?t=arch-700-1/dissemination/pdf/greenlan1-12859_1.pdf 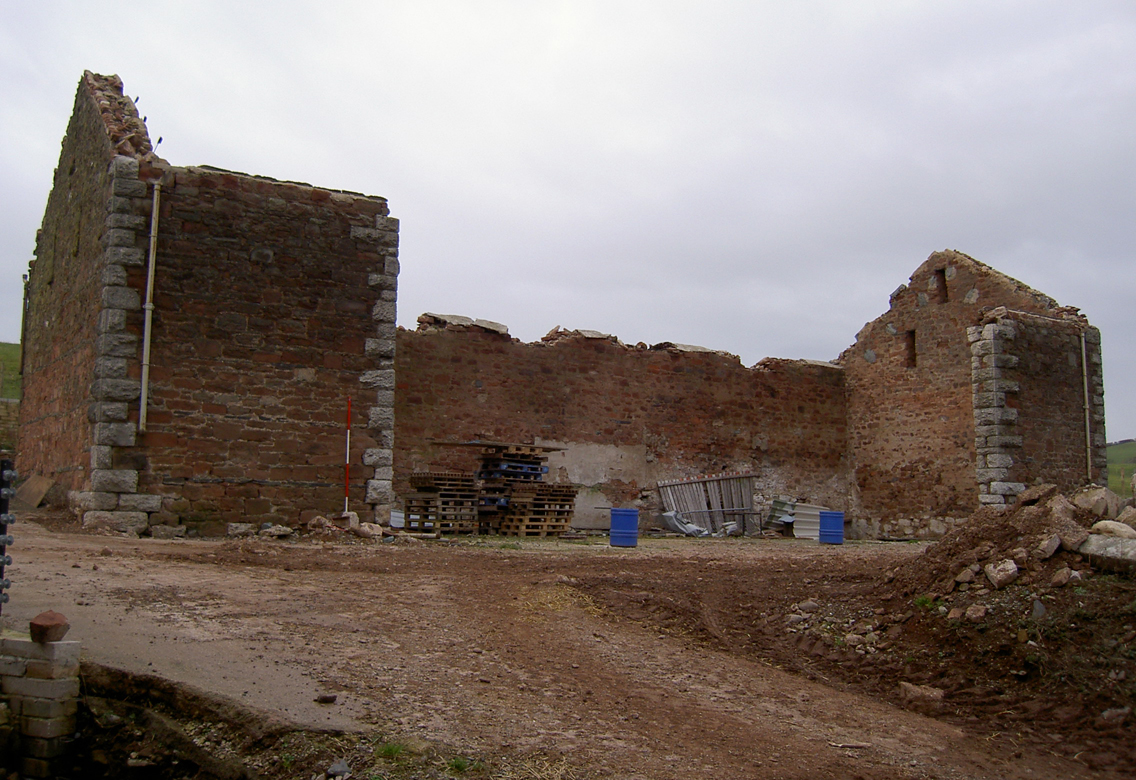 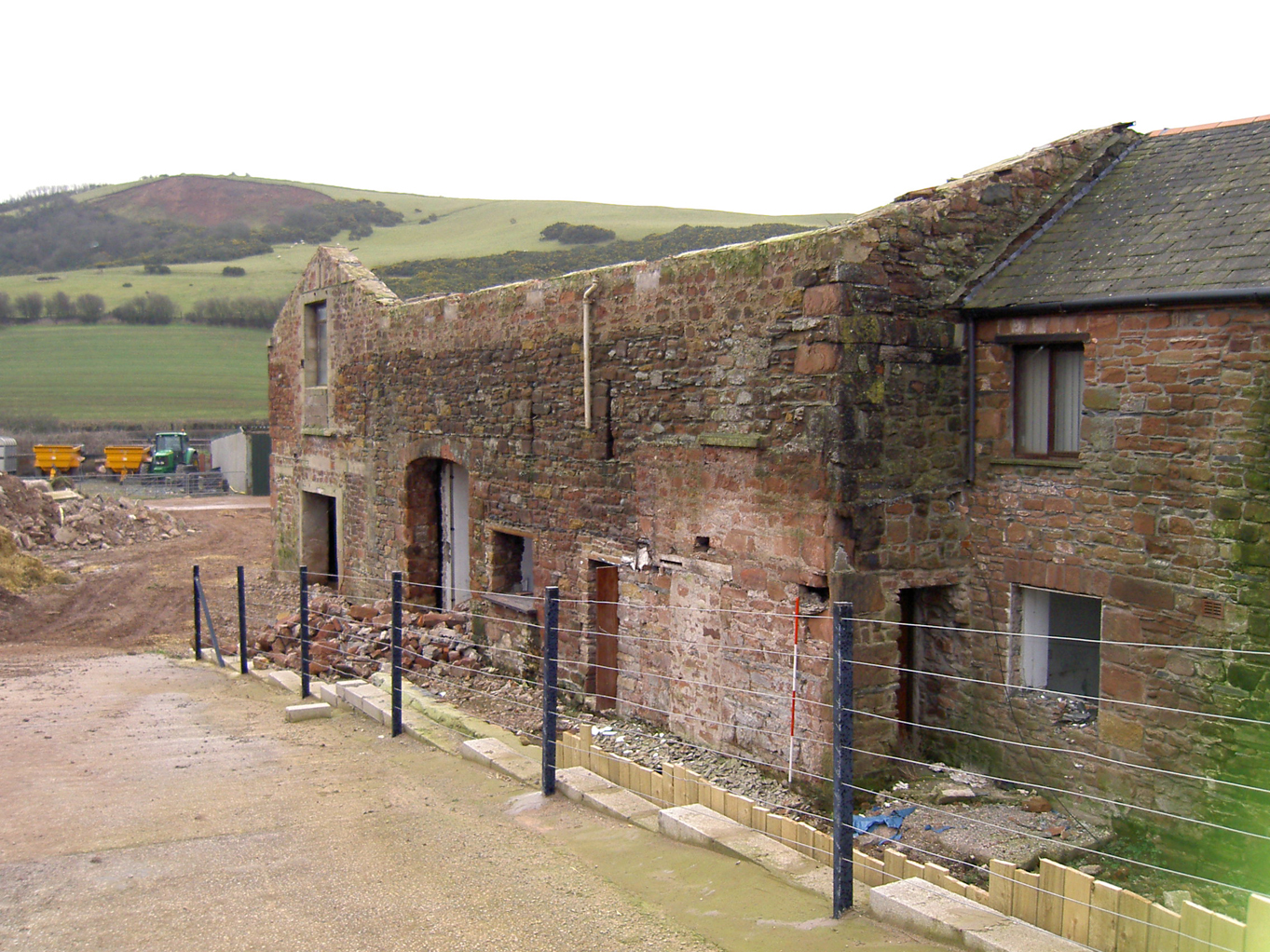 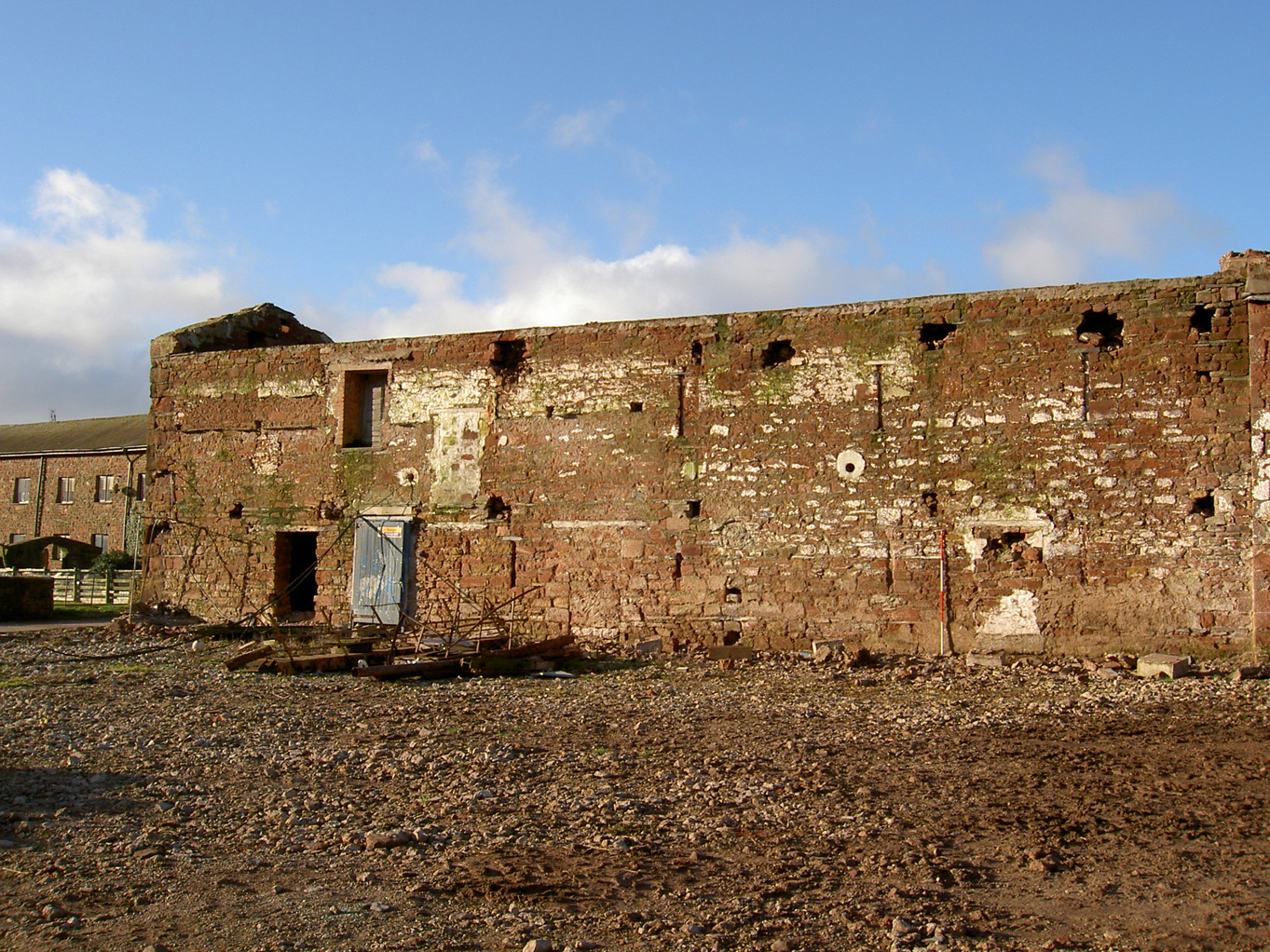