A proposal was made to convert a small barn attached to Parkhouse Farmhouse, Parkhouse Road, near Barrow-in-Furness, Cumbria, into dwellings. After a recommendation by Cumbria County Council Historic Environment Service, Barrow-in-Furness Borough Council placed a condition on planning consent requiring a programme of building recording. This was to comprise an English Heritage Level 3-type recording and a rapid desk-based assessment. The work was carried out in June 2009.

Parkhouse Farm is known to have a very ancient history. It is named as a tenant farm of Furness Abbey from as early as c1510 and appears to have passed, along with the site of the abbey, to the Preston family following the dissolution of the monasteries. During the late 17th and early 18th centuries it was occupied by the Gibsons and by the 19th century it was occupied by the Boltons, who were involved in iron mining nearby by the late 1860s. An extensive archaeological investigation of the farm buildings to the north of the farmhouse was carried out prior to their redevelopment, and the farmhouse itself has also been examined to a more limited extent but little is known about it in any detail. The farmhouse is thought to be of 16th century origin while early maps of the site show that the barn attached to its south end was certainly present by the early 19th century.

The building recording revealed that there appears to have been little alteration to the structure since it was built, although there was evidently originally an outshut attached to the south elevation, which is no longer extant. The barn was most likely built at a later date than the farmhouse as it butts against it, but clearly predates 1847, at which date it was surveyed for the first edition Ordnance Survey map. The external walls are original, although some rebuild has taken place on the southeast corner. There are no apertures except for an owl hole in the apex of the gable. The roof timbers are possibly as old as the barn, but have been re-used; the roof slates have been re-laid over felt. The floor was originally cobbled, but most of this has been removed. There is a staircase to the first floor of the farmhouse, which is enclosed with stud and timber walls, which was probably installed within the last 100 years or so.

The full report is available on the Archaeology Data Service website: https://archaeologydataservice.ac.uk/archiveDS/archiveDownload?t=arch-700-1/dissemination/pdf/greenlan1-63865_1.pdf 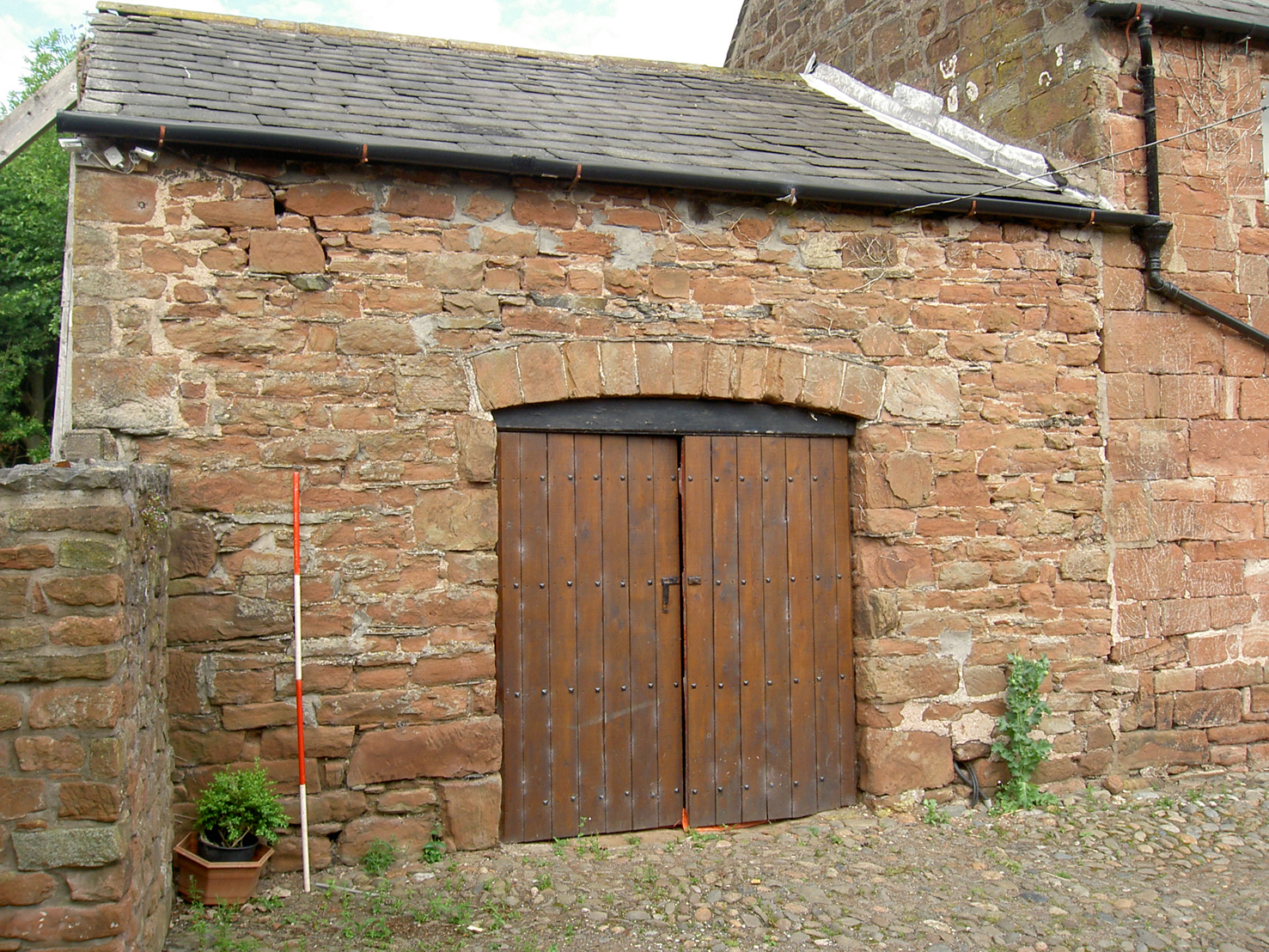