Greenlane Archaeology was commissioned to assess 58 fragments of pottery recovered from three evaluation trenches at Pears House, Whitehaven Harbour, Whitehaven, Cumbria. All of the pottery was examined by eye and catalogued and colour digital photographs were taken of the different ware types. The main significance of the post-medieval pottery is in relation to its ability to help date the contexts from which it derives, and activity on the site in general. Although it is a small assemblage it does suggest a 17th to 18th century date for the contexts, as there was a complete absence of 19th and 20th century finewares. All the contexts from which pottery was retrieved were believed to be post-medieval in date; a single medieval pottery fragment which is likely to date to the 13th to 15th century was recovered from unstratified material and it is presumed to be residual.

Of the post-medieval pottery assemblage, more than a third (23 out of 58) of the fragments were finewares. In general the finewares could be dated more closely than their coarseware counterparts, as the former were more subject to changing fashions. The coarsewares present were red earthenware (unglazed, black-glazed, and brown-glazed, dated to the late 17th to early 20th century), glazed buff-coloured to light orange earthenware (dated to the 17th to 18th century), and grey-bodied stoneware (dated to the 17th to early 20th century). The vessel types, where they could be identified, appeared to be flower pots, jugs, crocks, plates, bottles, dishes, and a probable colander. 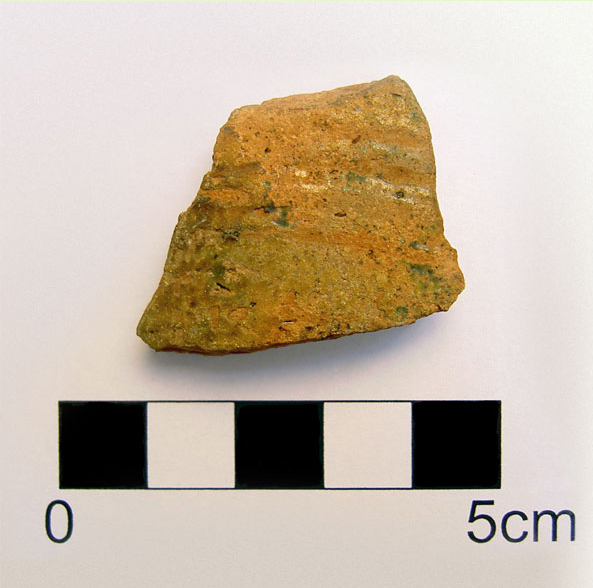 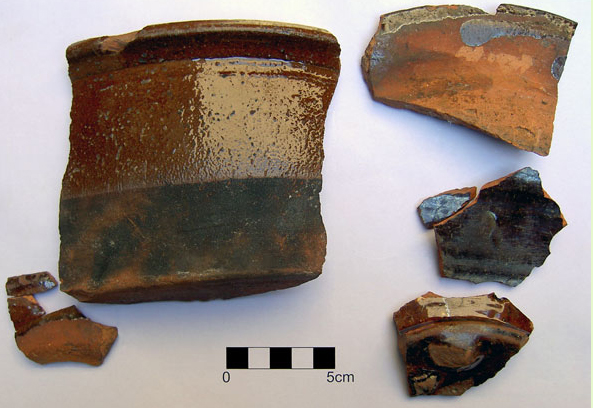 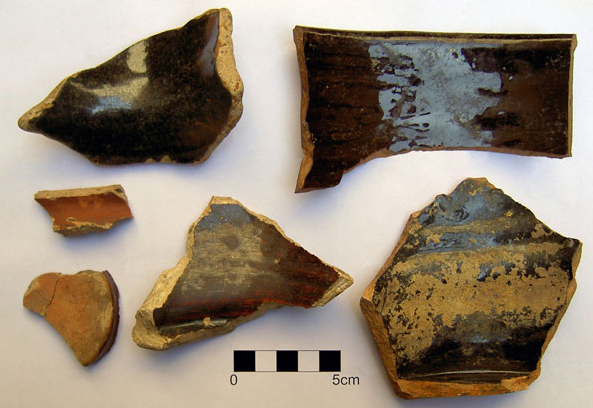 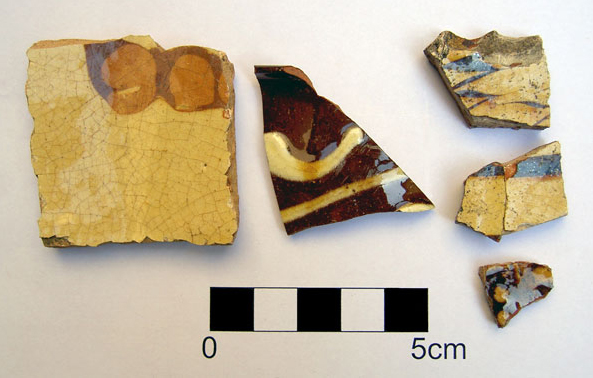 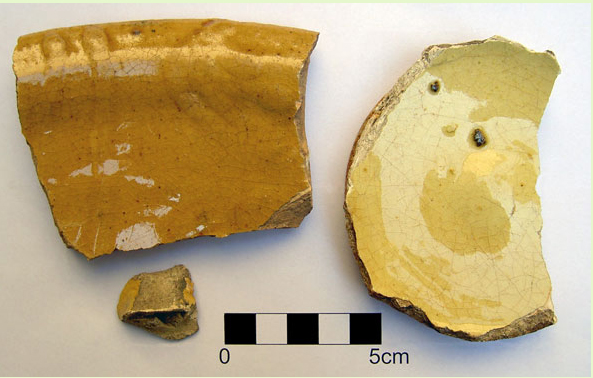