Prior to the submission of a planning application for the conversion of a disused barn at Petty Hall, Orton, Cumbria Greenlane Archaeology was commissioned to carry out a heritage statement. This comprised a desk-based assessment and archaeological building recording, undertaken in March 2019.

Petty Hall has a date stone of 1604, although it may have earlier origins. It belonged to the Birkbeck family, who were originally from Hornby Hall near Brougham. It passed, perhaps through marriage, to Christopher Petty, from whom it now takes its name, before passing to the Garnetts. They constructed the barn, which has a date stone of 1740. The map evidence shows that the building retained its original footprint throughout the 19th century but was massively extended to the west after 1915.

The building recording revealed that the barn was constructed as a bank barn, built with its long side set into the slope. It would have had a threshing floor on the upper floor and housing for cattle below. Unusually, it also incorporated a passageway from east to west at its south end and a small outshut on the west side extending over both floors, which probably served as a grain store. During the 19th century some minor alterations were made, mainly in the form of repairs to the floors, but in the early 20th century, after 1915, it had a considerable extension added to the west, evidently to provide additional cattle housing in a more modern concrete block construction. A further timber shed, clad with corrugated metal sheeting, was also added after that.

The barn represents a good example of a bank barn of relatively early date with some more unusual features. It is quite unusual in having a large addition made at such a late date; this perhaps related to legislative changes regarding the housing of animals made in the 20th century. It also forms part of a much larger structure with the house, which is Grade II* Listed, and so comprises part of a significant and very prominent structure in Orton. 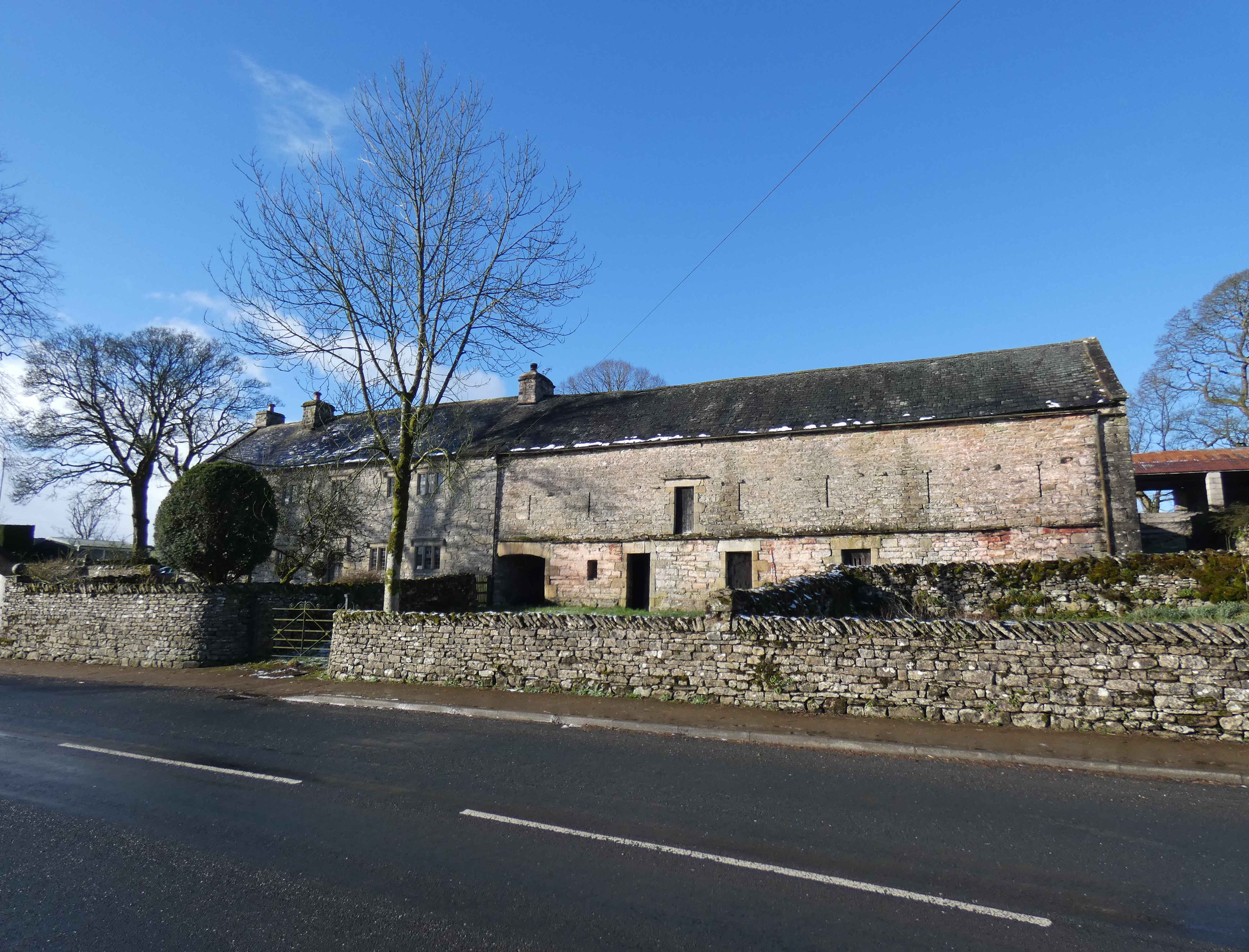 General view from the main road 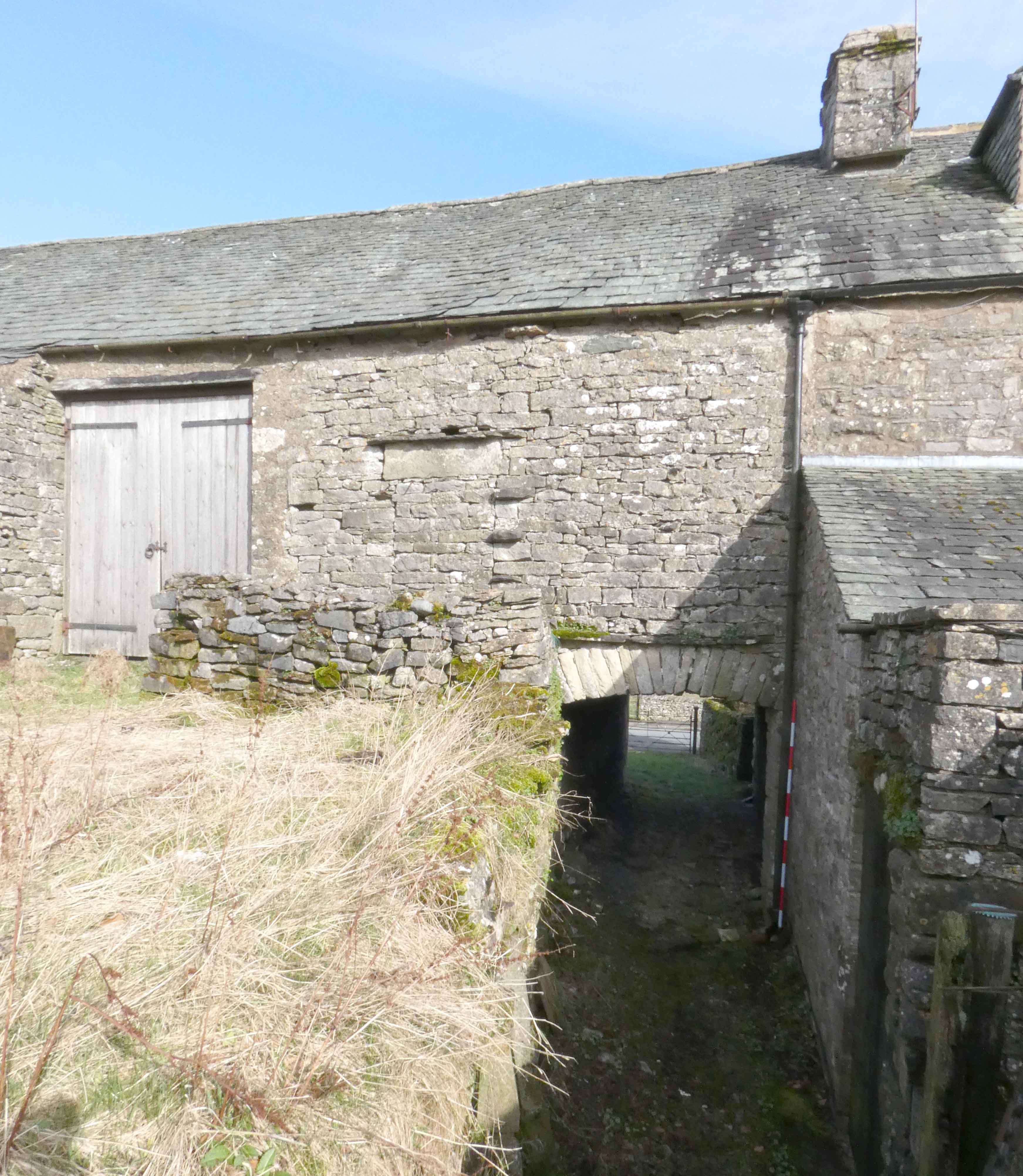