Following the granting of a faculty for internal works to the Priory Church of St Mary and St Michael, Cartmel Cumbria, primarily to install pipes for a new heating system, a condition was placed requiring an archaeological watching brief on the associated groundworks. Greenlane Archaeology was appointed by the PCC for Cartmel Priory to carry out the work, which was undertaken in May 2018.

There is evidence for human activity in the area around Cartmel from at least the end of the last Ice Age, although the nature of any settlement in Cartmel itself is unclear until at least the early medieval period. A church is known to have existed in Cartmel before the establishment of Cartmel Priory in the late 12th century. This is thought to have been substantially reorganised after the late 14th century with the buildings described as ruinous, perhaps due to problems with the foundations or due to the Scottish raids that took place in this century. Following the Dissolution much of the former property of Cartmel Priory was acquired by the Preston family, who carried out some repairs to the church in the 17th century.

The groundworks were relatively shallow, generally comprising the hand excavation of a shallow narrow trench for the housing of water pipes, although the area in which the font had once stood was also cleared of material below the flags and an electrical cable that had been hidden beneath boxing on which the pews stood was also buried. In each area an upper deposit of loose made ground was encountered, typically containing some human bone and occasional other finds, including medieval pottery and clay tobacco pipe. In a couple of areas underlying lime-rich deposits were encountered, which may relate to earlier surfaces or footings as well as an area of stones, also probably footings.

Although limited in scope the groundworks revealed a similar sequence of deposits to that encountered during a similar phase of work carried out in 1991. They also revealed that the burials beneath the current flag floor, although only disturbed elements of these were encountered, might include some that date from the medieval period. In addition a humerus found among the bone displayed signs of mesomelia, a form of dwarfism. 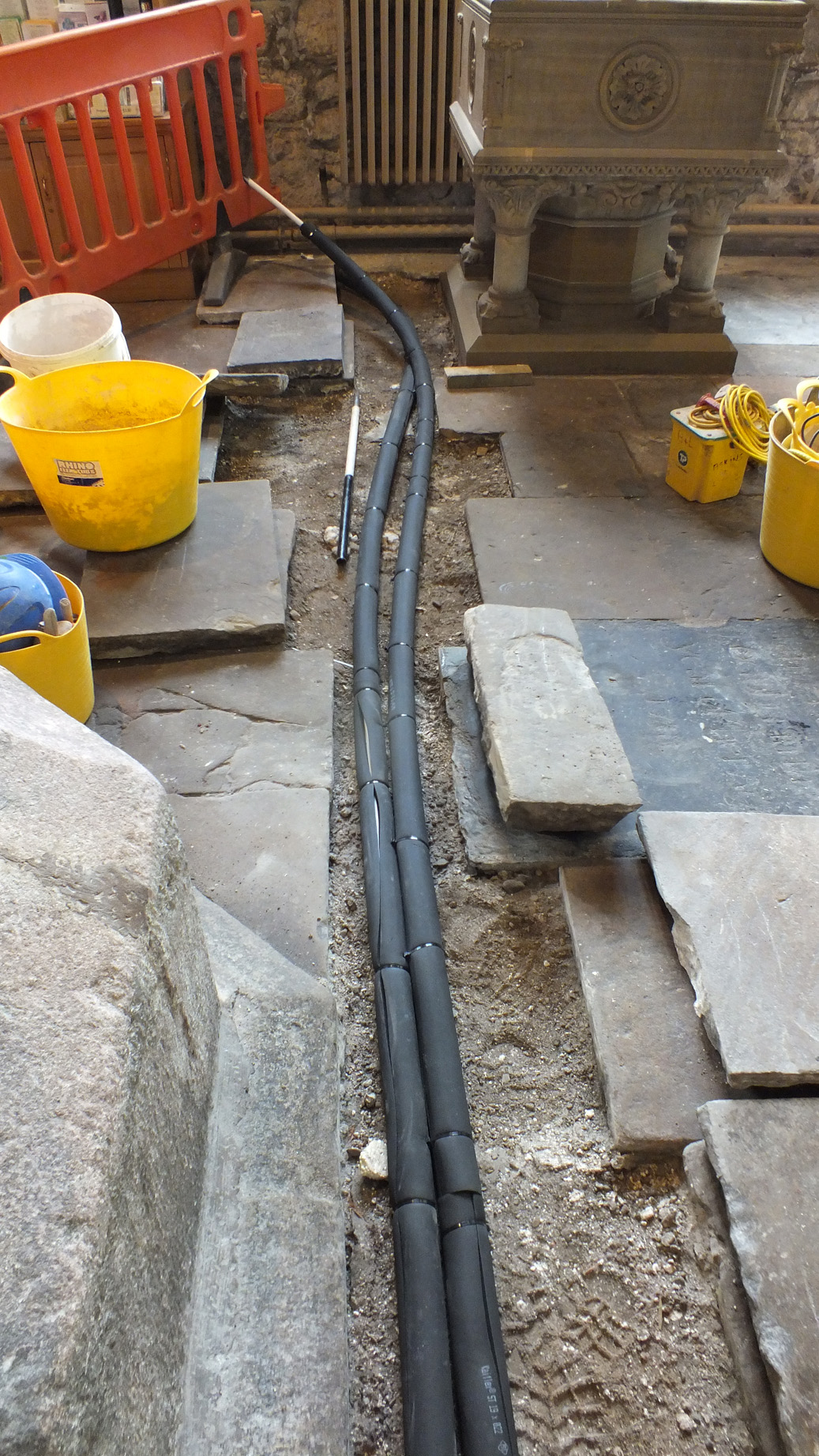 Laying pipe in the Priory Church 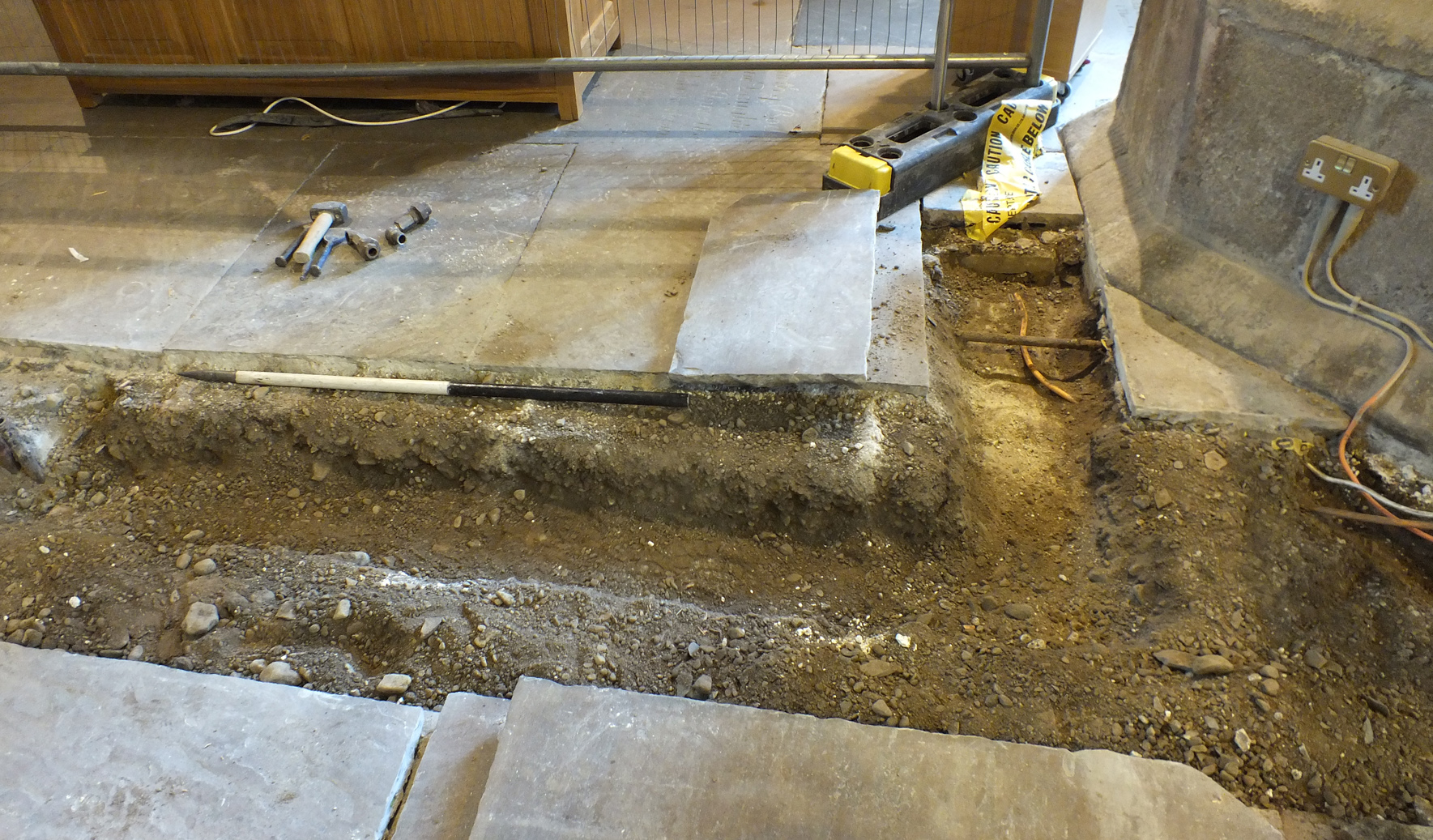