A well and drains were discovered during construction work associated with the development of the YMCA building at the corner of New Road and Damside, Lancaster. These were recorded by Greenlane Archaeology in November 2009, and were assessed as probably being no earlier than the present mill building, constructed in 1881. This brief statement should be read in conjunction with the original building recording report (https://greenlanearchaeology.co.uk/?projects=pye-warehouse-lancaster), and essentially forms an addition to the description of the basement.

There appeared to be two sets of drains under the building’s concrete floor. The first drain system probably related to machinery housed in the basement after the construction of the mill in 1881, and the second probably drained ground water. The bricks used to build the brick channels and drains were all un-frogged and un-marked.

The well had an internal diameter of 0.80m, and the lining was constructed from a single skin of un-mortared, frogged red bricks that were otherwise unmarked within a metal cylindrical casing that was held by timber pegs around the exterior driven into the sandy subsoil. Unfrogged bricks generally pre-date frogged ones, so it is likely that the well post-dates the drains.

The full report is available on the Archaeology Data Service website: https://archaeologydataservice.ac.uk/archiveDS/archiveDownload?t=arch-700-1/dissemination/pdf/greenlan1-71297_1.pdf 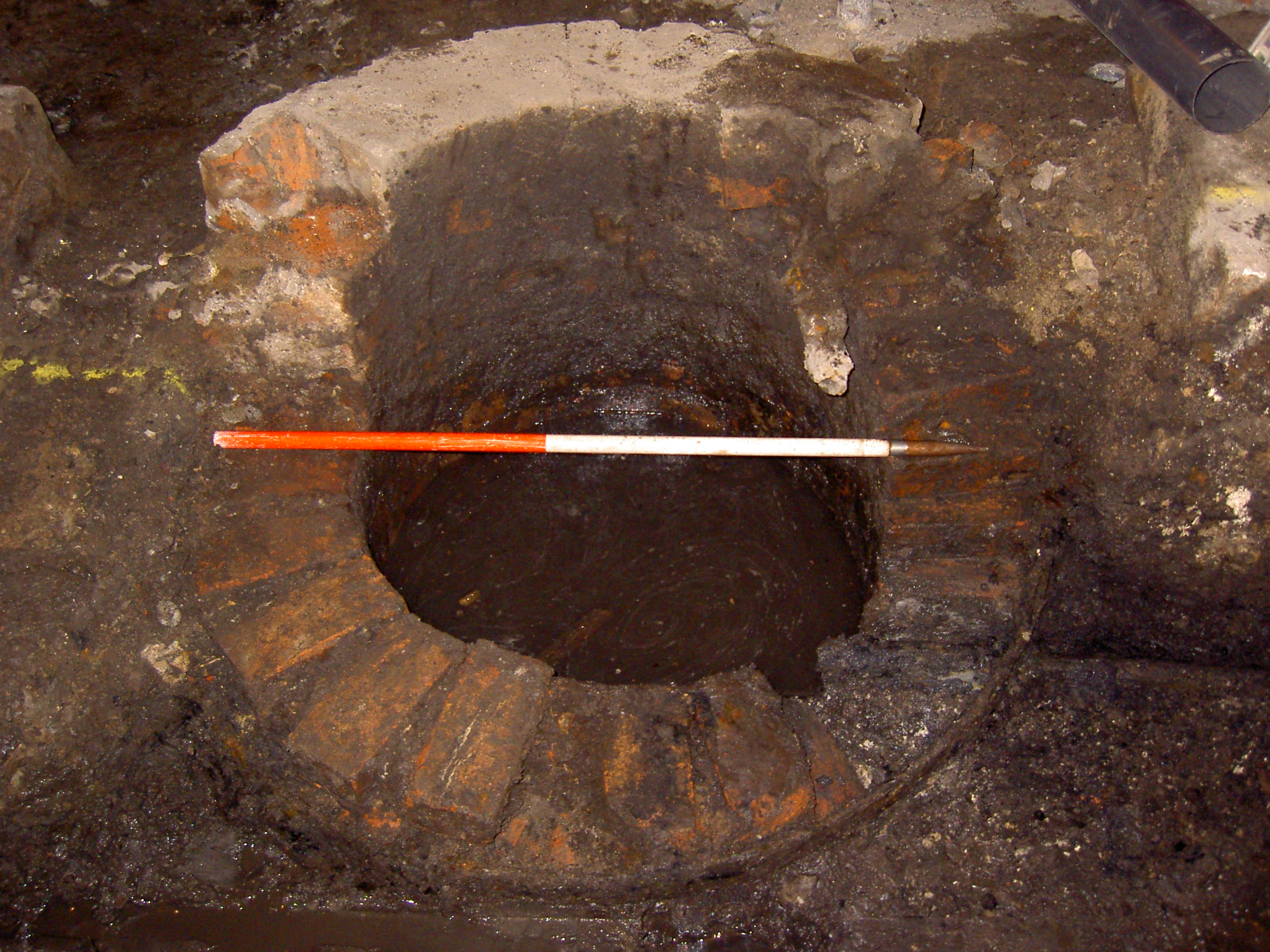