Following the submission of a planning application for change of use of a former printing museum at Queen’s Court on the north side of Main Street in Cockermouth, Cumbria, Greenlane Archaeology was commissioned to carry out an archaeological building recording of the site. The work was undertaken on the 1st November 2017.

The majority of Cockermouth is medieval in origins, although prehistoric remains are known and it is located close to the important regional Roman fort of Papcastle. The map regression for the site revealed that it had been developed by at least the early 19th century with a property facing directly onto Main Street and a range of buildings to the rear, but that the latter area saw substantial redevelopment in the late 19th century. Other sources show that the site was occupied by the Fletcher family who were ironmongers, and operated for at least 50 years.

The building recording revealed that the while the shop, which was not recorded in any detail, retained a number of features suggestive of an 18th century date, the majority of the buildings to the rear were much later and clearly corresponded to the development of the site in the late 19th century and later. In one area a painted sign advertising the ironmongers was still present. 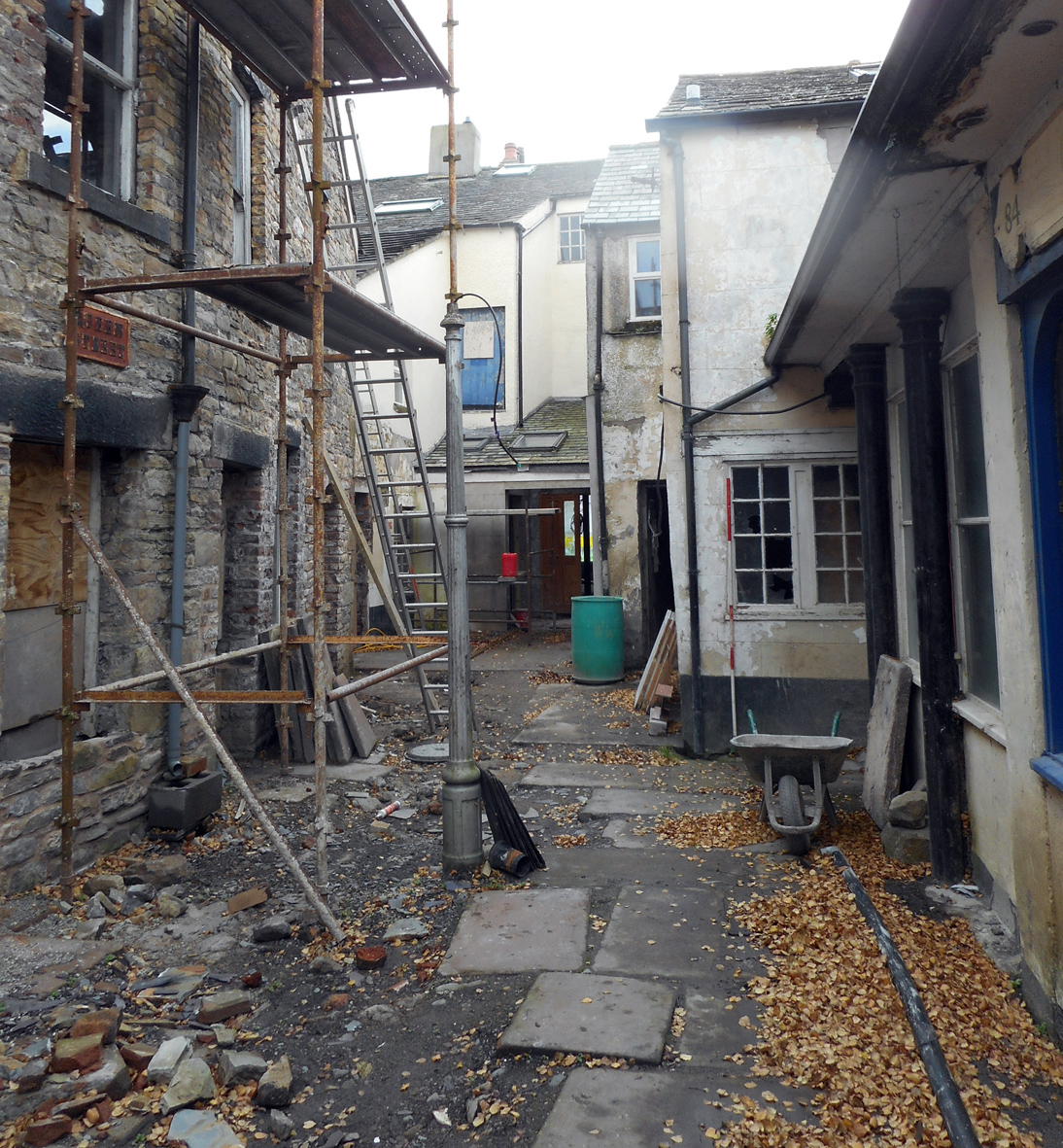