Following the submission of an application for the alteration and conversation of parts of the Grade II Listed Royal Hotel, Heysham, a condition was placed requiring an archaeological building recording. It has been stated that it was originally an early 16th century grain store, which was later converted into a dwelling, but no supporting evidence for this claim is given. It is thought to have been a public house since the late 18th century, although the earliest reference appears to only be from 1825, when it was known as Dobson’s Hotel. It was certainly known as the Royal Hotel by the 1860s. The earliest part of the property actually comprised a double-plan house of probably early 18th century date, which was soon extended to the south. The whole site was substantially altered in the late 18th to early 19th century, with new fenestration to the original elements and a new three storey addition to the north, probably a function room used by the newly developed inn. Other structures to the south, comprising a barn with attached cottage and separate cottages, which were not initially part of the inn, as well as a barn and/or stable block to the north, were also built at this time. Later alterations were largely cosmetic, with the exception of the addition of a flat-roofed block housing toilets and a kitchen, built at some point after 1937. 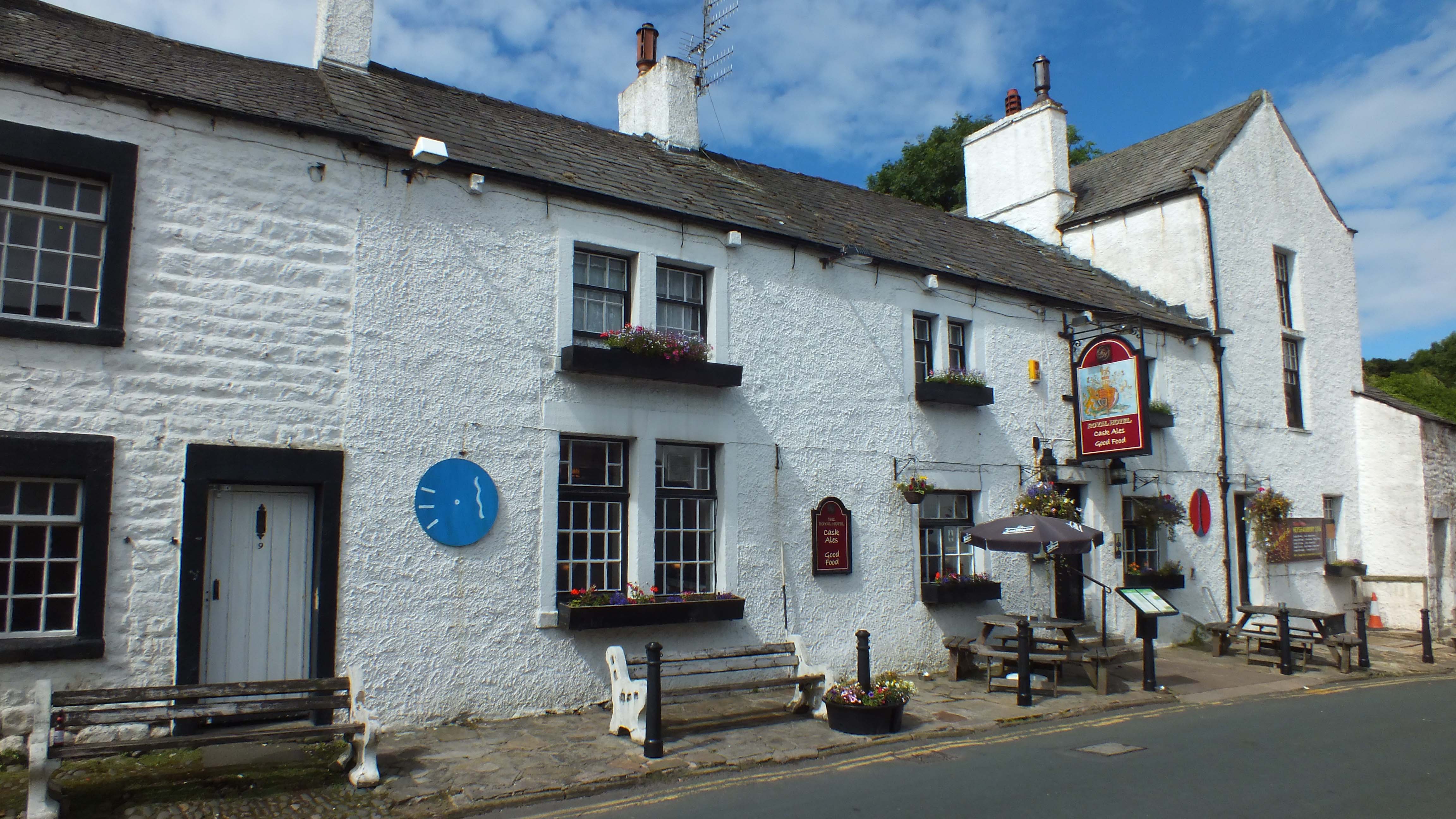