Greenlane Archaeology recorded a brick-built flue, which was breached during work to upgrade services at Salthouse Road, Barrow-in-Furness, where it meets Rawlinson Street, on the 3rd May 2017. The area was entirely undeveloped agricultural land on the edge of what was to become Barrow-in-Furness until the middle of the 19th century. The flue was probably built in the mid-to-late 19th century; it would have passed beneath Salthouse Road, and the point where it was broken into is close to the location of a chimney recorded in the area, which was built in the late 19th century, probably 1864, and vented the forges and foundaries in the Furness Railway’s engineering works on the opposite side of Salthouse Road.

As it was not possible to safely enter the flue, a record was made from the surface at the point where the flue had been newly opened. Some internal measurements and a video of the inside of the flue were made available by staff from Andidrain Limited, who were carrying out a CCTV pipe survey at the time of the archaeological recording. The flue was oval-shaped in section and measured c1.45 by c1.9m internally and was generally intact. The approximate route of the flue was traced on the surface and across Salthouse Road by tracking the remote controlled camera. The video showed various details internally, including a change in the brickwork approximately 30m from the opening and an overhead opening near a blockage to the south side of Salthouse Road. 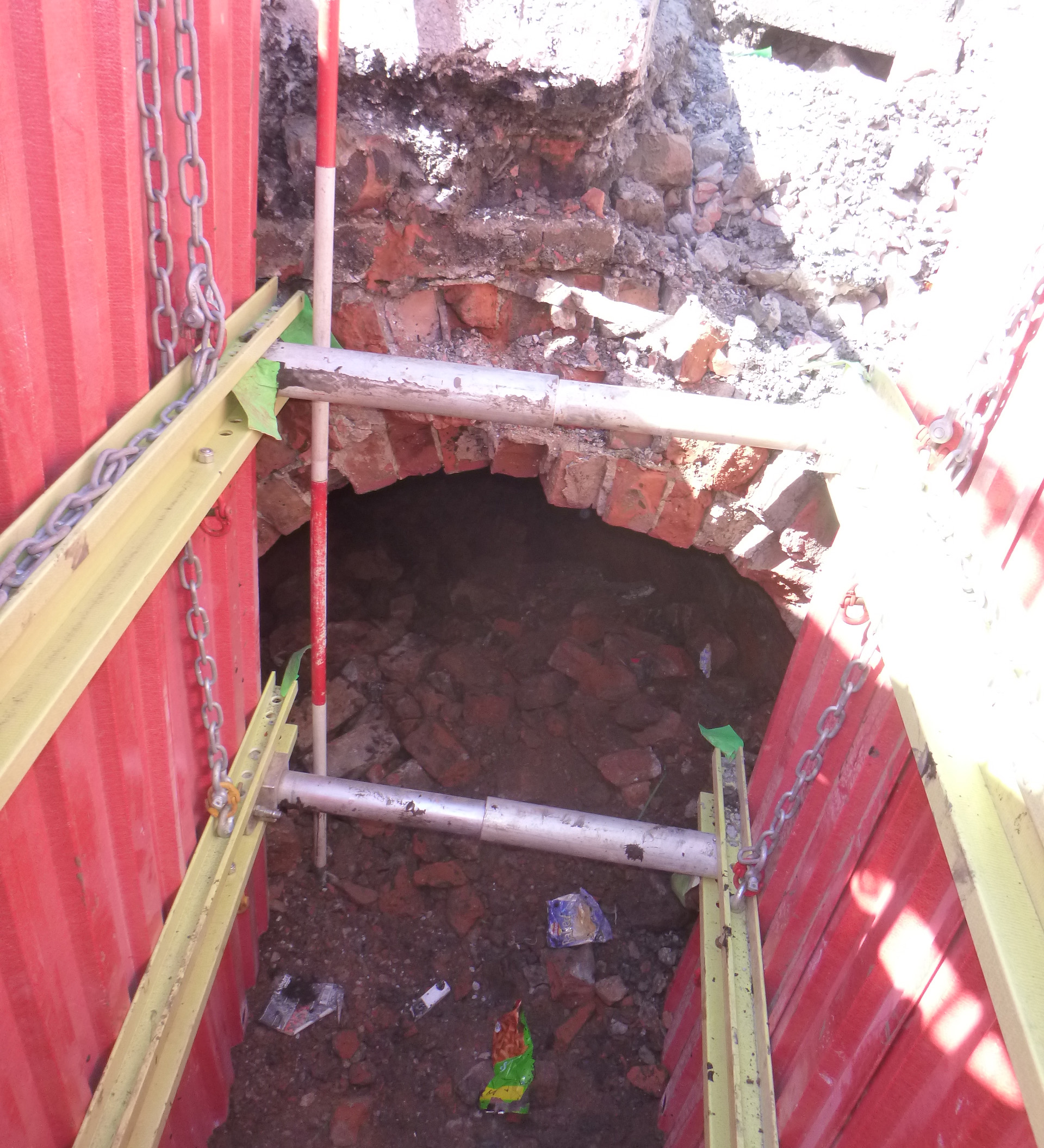