Following the submission of a planning application, which was subsequently determined after an appeal, for the conversion of two barns at Sea View Farm, Ringstones Lane, Lowgill, Lancashire into a dwelling, a condition was placed on the decision notice by Lancaster City Council requiring that a record of the buildings at the site be made beforehand in order to provide a record of the structure and an account of their development. The buildings recorded at the site include the two barns to be converted and an older barn which they butt against, which was to be retained for storage. All three barns are currently used for storage and following the provision of a project design by Greenlane Archaeology the work on site was carried out in May and June 2018.

The map regression shows that the farm was formerly known as Cocklake but it has been known as Sea View since at least the 1890s. Census information shows it was occupied by several different farming families during the 19th century. The site comprises an L-shaped shippon to the south-west and south-east sides of an earlier threshing barn with the house to the north-west. The threshing barn and shippon were recorded in detail as part of the current survey, but the house was unrecorded. The earlier barn and the south-west end of the house at Sea View are shown on the first edition of the Ordnance Survey map, surveyed in 1844, however, the L-shaped shippon was only added between 1890 and 1910. The addition of increased cattle housing in this manner is typical of the development of farmsteads and farming practices in the late 19th and early 20th century.

The threshing floor is still present in the barn, which retains its original stonework, and the stone flags used for the roof are probably also original. The style of truss is indicative of an 18th or 19th century date, however, various elements of the timber used in the roof structure have been replaced. Haylofts have been added at both the north-west and south-east ends for additional storage, but when these were added is uncertain: much of the timber used in their construction is clearly quite modern, although the hayloft at the north-west end may have replaced an earlier one.

The footprint of the L-shaped shippon has remained unchanged since its construction and the building retains its original stonework. In contrast the interior has been modernised extensively, with concrete floors and stalls, and modern timbers are used for the mono-pitched roof. The roof has been raised and one side has been reroofed more recently and the internal division between the two rooms is also a modern insertion. Other changes to the exterior have been relatively minor. Some repointing and redbrick repairs have been carried out, but the roof of the building and the top edge of some of the walls are now in need of repair.

The addition of an L-shaped shippon to an earlier threshing barn at Sea View Farm is characteristic of the way in which agriculture changed during the late 19th century and the development of farmsteads in the late 19th and early 20th century. 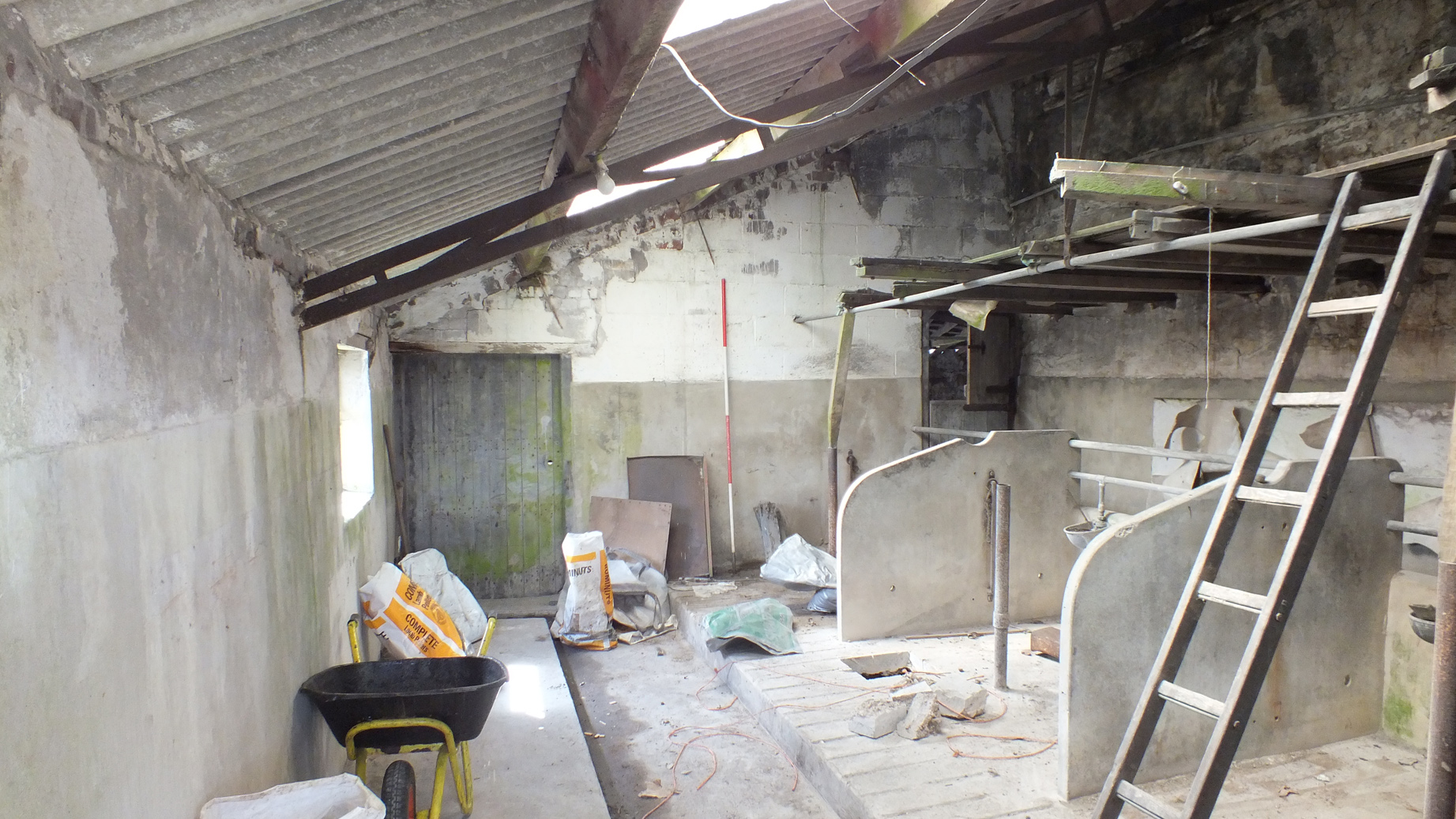 Modern concrete stalls in the shippon 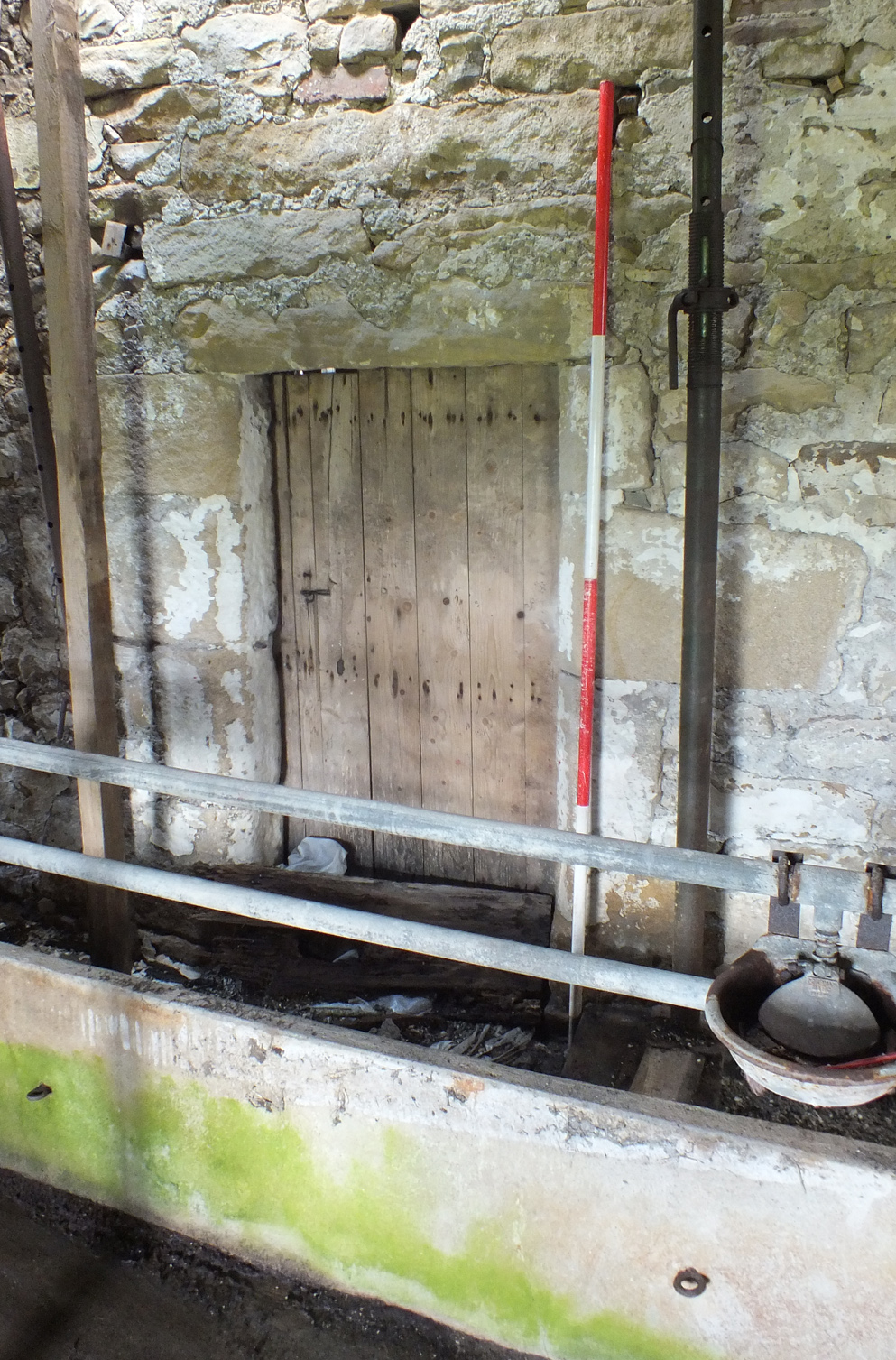 Old doorway in the side of the earlier barn 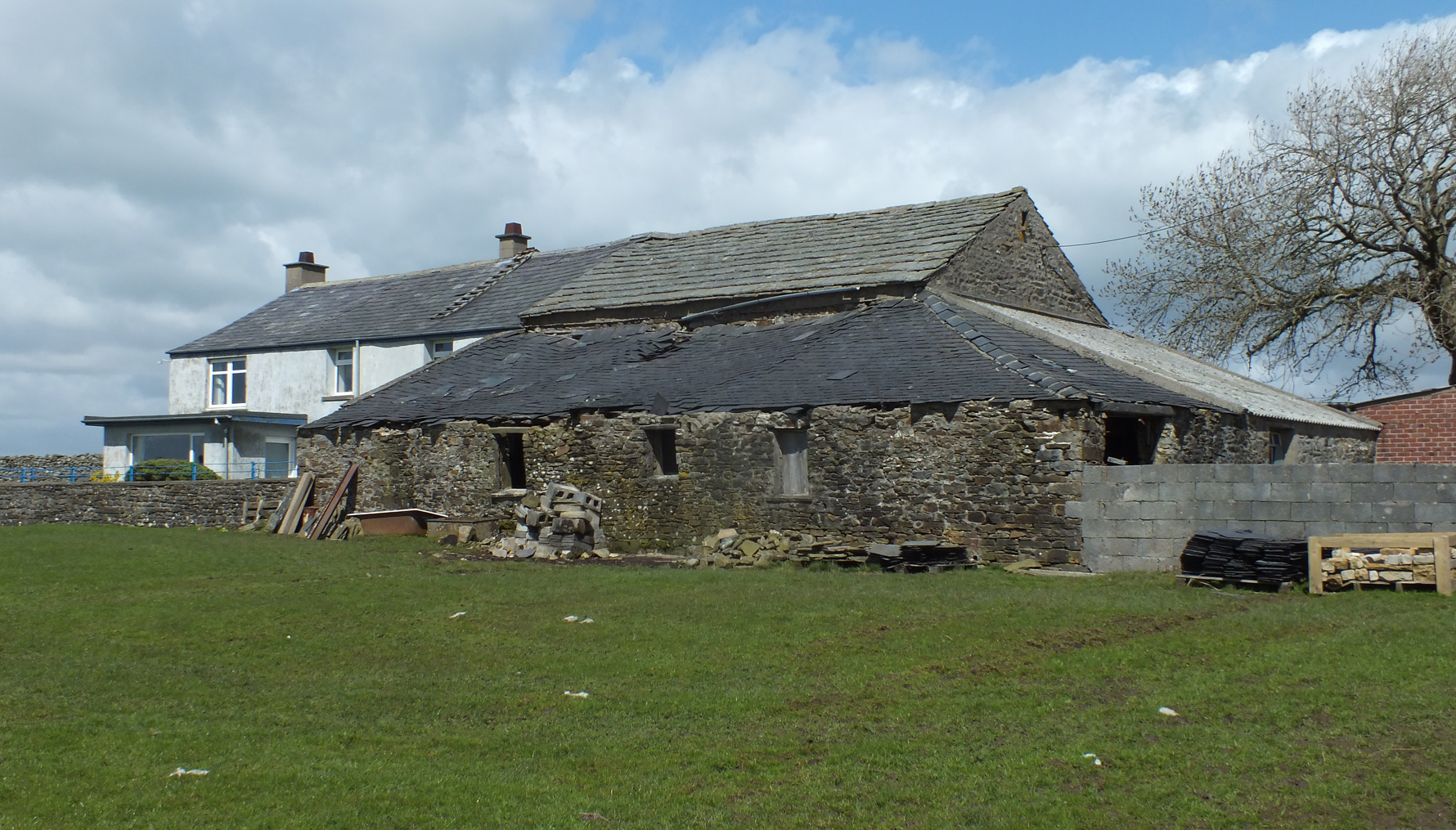 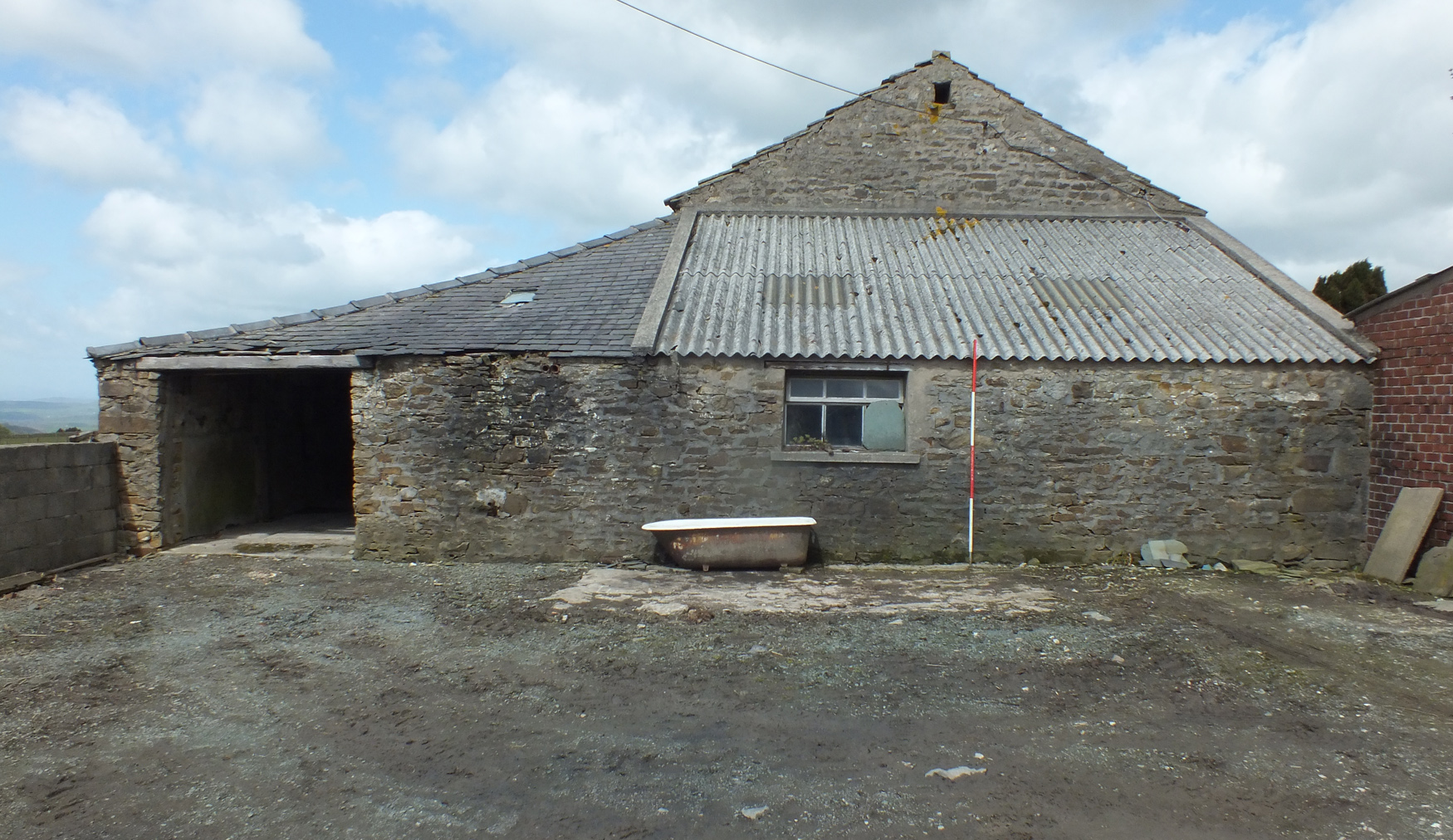 One side of the L-shaped shippon
© 2015 Greenlane Archaeology Ltd