As part of a programme of repair at Seascale Hall (which is Grade II Listed), Seascale, Cumbria, the Conservation Officer for Copeland Borough Council requested an archaeological building recording, including dendrochronological dating, be carried out. This was specifically intended to examine reused timbers revealed during the lifting of floorboards on the ground floor, but a wider investigation of the rest of the building was also undertaken in order to put any information collected into context. Greenlane Archaeology was commissioned to carry out an archaeological recording and arrange the dendrochronological dating of the building, and the work on site was carried out on the 29th June 2021.

Seascale Hall is located in a landscape with evidence for human activity from the prehistoric period onwards. The site of Seascale Hall was probably occupied from at least the medieval period, although the name indicates a seasonal shelter existed in the Norse period. It became the principal seat of the manor of Newton and Seascale, which was acquired by the Senhouse family in the late medieval period. The earliest reference specifically to Seascale Hall is only from 1501, but the current building probably has elements dating from the late 16th and early 17th century on the basis of datestones of 1579 and 1606 located on the building. It was acquired by Robert Blacklock, a merchant from Whitehaven, in 1707, and then passed through various hands before returning to the Senhouse family for a while. The building has apparently never previously been investigated in any detail.

The building recording revealed that the earliest arrangement of the structure probably comprised a multi-storey porch house, with the front access to the south-west, dating to the late 16th or early 17th century and forming the mansion house known to have been built by the Senhouse family. This was then substantially modified in the early 18th century, undoubtedly following Robert Blacklock’s acquisition of the site in 1707. This comprised the construction of new symmetrical façades on the north-east and north-west sides and a range of decorative elements. A beam from what would have been one of the new reception rooms was dated by dendrochronology as having been felled in 1708 and this, plus the datestone of 1710, indicates that Blacklock began work shortly after he acquired the site and this was probably completed by 1710. A range of other improvements were carried out during the late 18th to 19th century, during which time the building was rented out and used as a farmhouse. These included replacing most of the floors, and on the ground floor this involved the reuse of a variety of timbers, which were dendrochronologically dated to the late 17th century. More recent alterations are mostly cosmetic, but included covering the exterior in roughcast render and the demolition of elements that originally extended to the south-east.

Despite the numerous alterations, Seascale Hall remains an important local building, which amply demonstrates the manner in which it changed from a manorial seat to a fashionable gentleman’s residence of early Georgian style. This did not last however, and what now remains is a consolidated version of what was evidently at one time a more substantial building with associated buildings to the south-east. 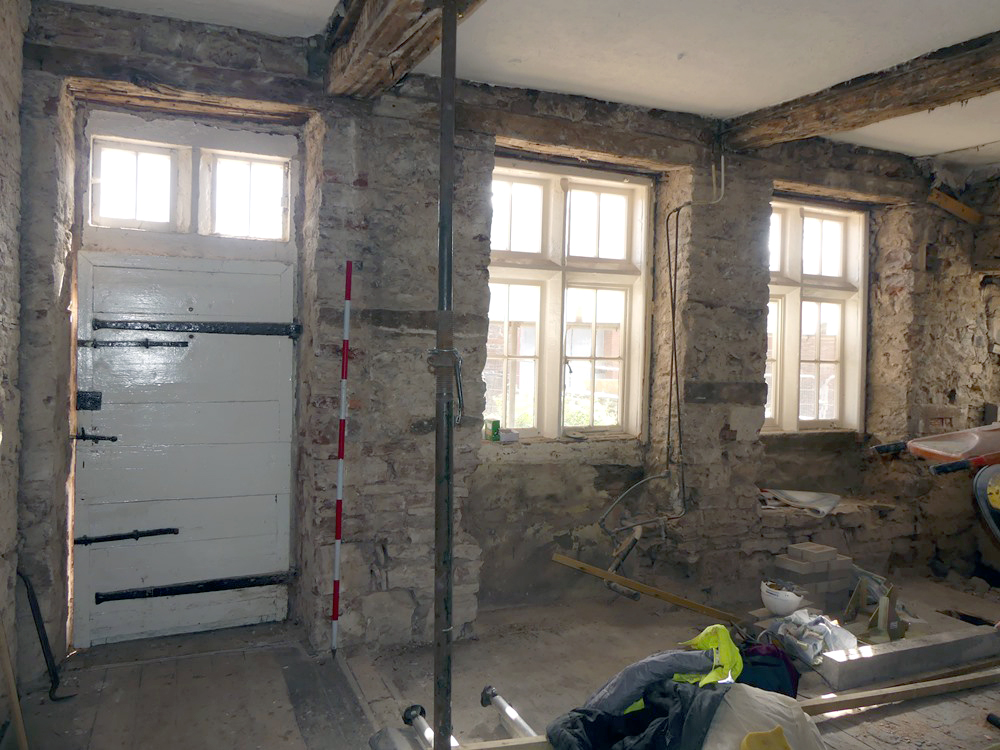