As part of a proposed scheme of tree planting, woodland pasture creation, and watercourse realignment along the River Lowther close to Setterah Park, near Helton, Cumbria, Greenlane Archaeology carried out a Heritage Impact Assessment in 2019. This comprised a desk-based assessment and walkover survey.

The groundworks associated with the scheme would involve the removal of sections of a former field boundary that had been recorded as part of the earlier Heritage Impact Assessment, to the east of Setterah Park Farm and south of a moated feature of probable medieval date that is a Scheduled Monument. Although this bank was not considered to be of particularly high archaeological significance an archaeological watching brief was subsequently requested by the Historic Environment Service at the Lake District National Park Authority to be carried out during this work.

The removal of sections of the bank revealed that it comprised a uniform, friable silt and scarcely any stone material along its length. It had seemingly weathered, causing it to be slightly uneven in profile. Flattening these sections of the bank did not require any below ground excavation and only the extant profile of the ditch to the side was recorded.

The 19th century date for the field boundary was borne out by the finds recovered from it: a collection of fragments of field drainage tile, although these were almost certainly residual and probably incorporated into the bank unintentionally. The most complete tile is a little misshapen and could be a ‘waster’. It is therefore of local interest because it could have been manufactured at the tile kiln at nearby Hackthorpe, which is known to have operated between 1846 and 1866. 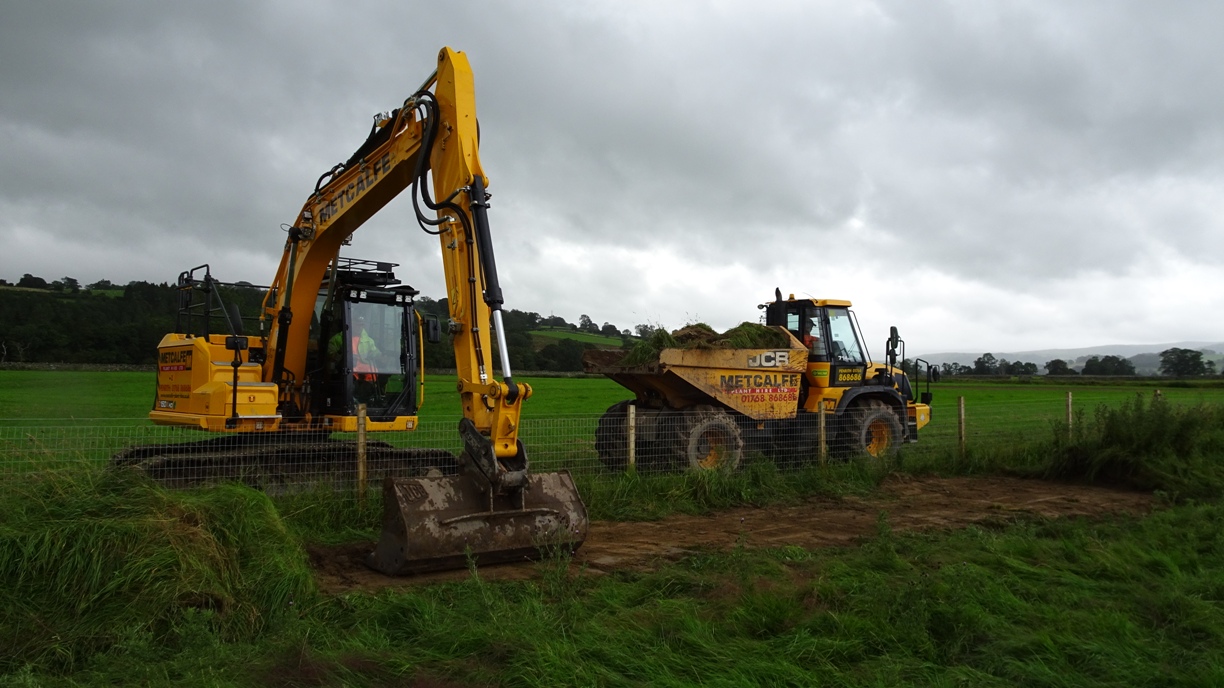