Prior to the submission of a planning application for the erection of domestic properties on land adjacent to Shaw’s Wiend and Boroughgate in Appleby, Cumbria, a pre-determination archaeological evaluation was carried out. This was intended to assess the extent, form, character, date and potential of any archaeological deposits present on the site, in order to inform mitigation work required for any future development.

The evaluation comprised three trenches, targeted on features revealed during a rapid map regression carried out as part of the assessment. These included properties shown fronting onto Boroughgate and Shaw’s Wiend on a plan from 1754, and a boundary shown between two plots at the same time. In addition a more open area to the west was also examined in order to establish the presence of any outlying features.

While no definite remains of the properties or boundary were discovered, a considerable number of features were recorded. These included areas of cobbled surfaces dated to the later medieval period, overlain by a post-medieval garden soil, and associated with part of a stone-lined drain or culvert. In addition, deposits containing significant amounts of medieval artefacts and bone were also encountered, as well as a large pit containing numerous medieval finds. Post-medieval features included a small pit that probably originally contained a barrel, a foundation cut for a wall, and layers of rubble, some probably forming part of a path.

The results of the evaluation show a high potential for the presence of other remains dating to the medieval and post-medieval periods within the proposed development area. Those that were encountered were in an extremely good state of preservation, and were in places covered by a relatively thin layer of topsoil. A large number of artefacts and ecofacts dating to the medieval period were recovered, including many roof or floor tile fragments, some of which were glazed, which indicate high status dwellings were situated in the immediate vicinity. The proximity of the site to the castle and Boroughgate, the main thoroughfare through the town and site of a marketplace, may be the reason for this.

The full report is available on the Archaeology Data Service website: https://archaeologydataservice.ac.uk/archiveDS/archiveDownload?t=arch-700-1/dissemination/pdf/greenlan1-37706_1.pdf 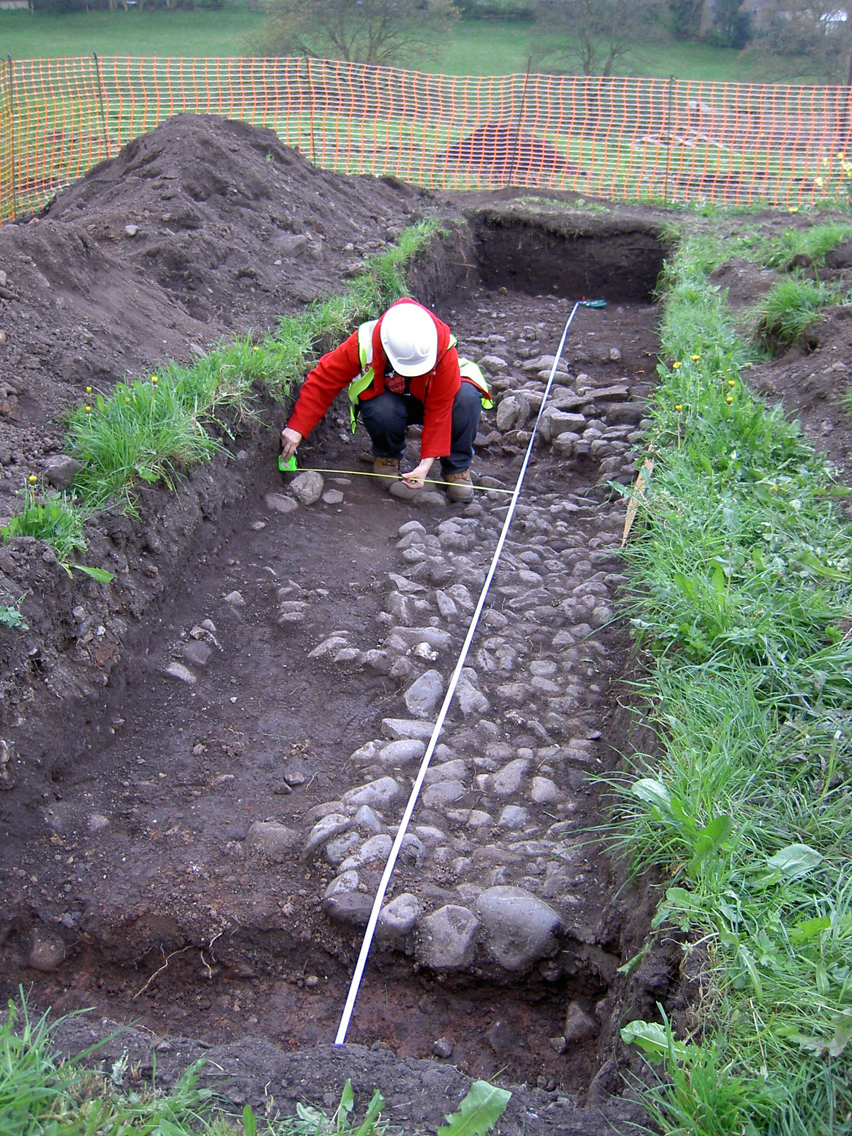 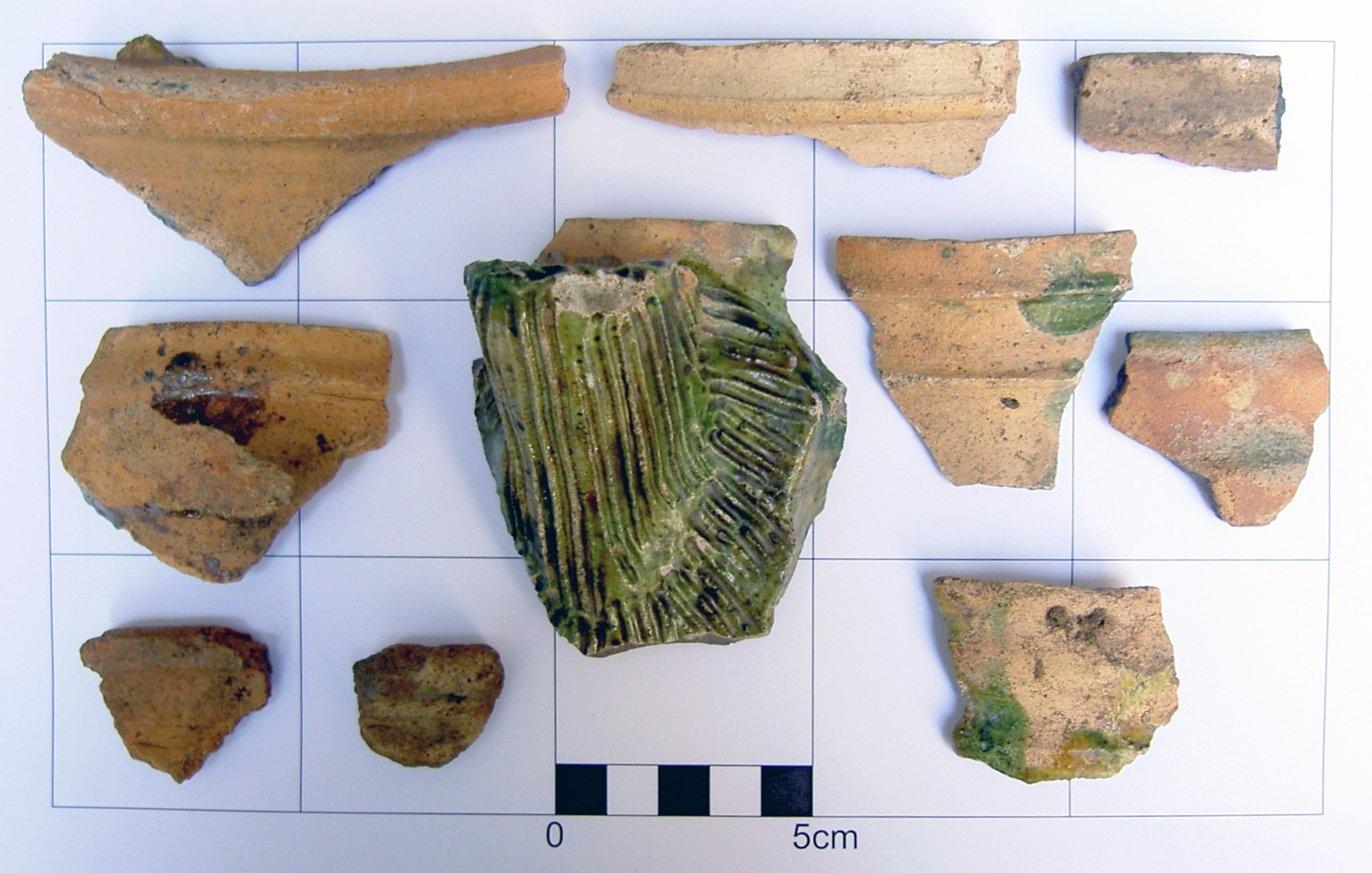