Prior to the submission of a planning application relating to the renovation of a Grade II Listed building at Sinkfall Farm, Rakesmoor Lane, Barrow in Furness, Cumbria, a Level 3-type recording of the building was carried out to provide information about its historical development and a permanent record of the surviving structure following a serious fire in 2008. The historical and documentary evidence concerning the site of Sinkfall was surprisingly sparse. The farmstead has been in existence since at least as far back as 1805. The site is possibly related to the earlier settlement of ‘Bouth’ or ‘Booth’ which is mentioned in the records of Furness Abbey and it appears to have been cleared to make way for ‘Synkefall’. Hennet’s map of 1830 shows a full array of farm buildings at the site by this date and it would seem likely that the earliest buildings date from the late 18th century.

The buildings were very dilapidated but the building recording revealed at least seven distinct phases of building and alteration at the farm. The earliest phase represented the construction of the original linear range of the farmhouse and attached threshing barn. Other buildings recorded at the site included a horse gin, shippon, a stable or loose box, and a ‘Paddy House’. Numerous moulded stones were evident built into the earliest structures, along with six dressed stones with mason’s marks. It seems likely that these stones were taken from buildings at Furness Abbey, or possibly one of its lost granges; these would predate the dissolution in the 1530s and may well have been incorporated in other buildings before their re-usage at Sinkfall Farm.

The full report is available on the Archaeology Data Service website: https://archaeologydataservice.ac.uk/archiveDS/archiveDownload?t=arch-700-1/dissemination/pdf/greenlan1-58045_1.pdf 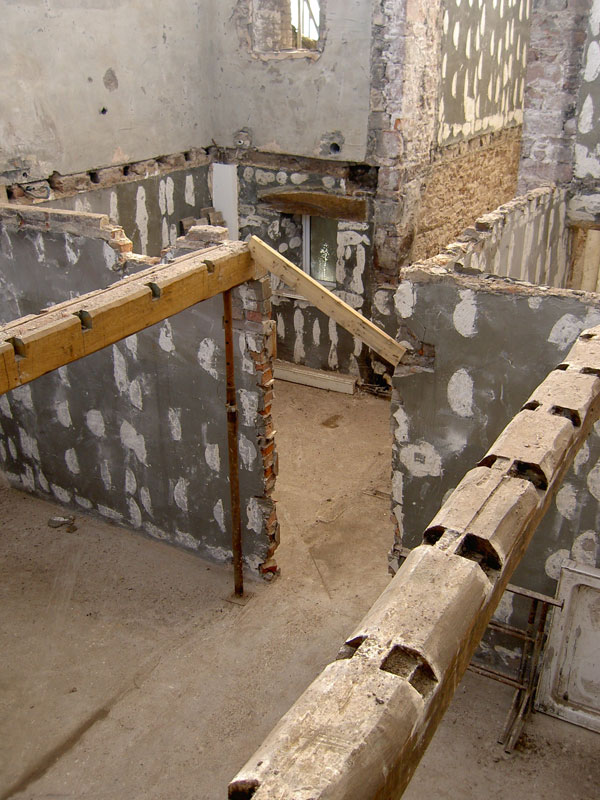 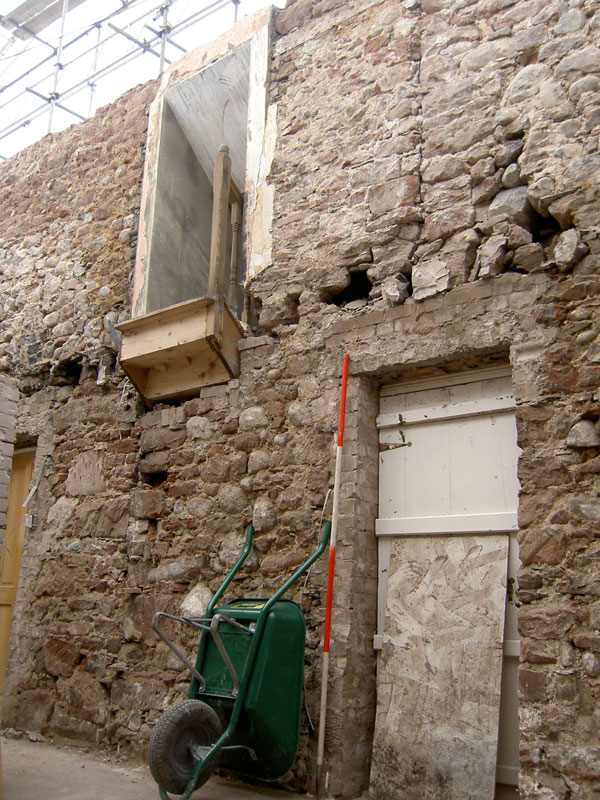 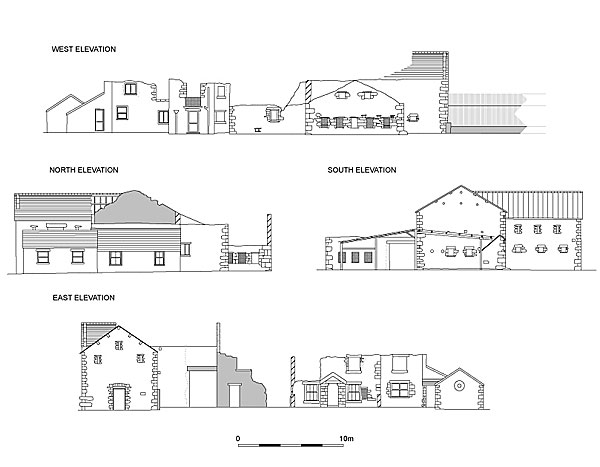 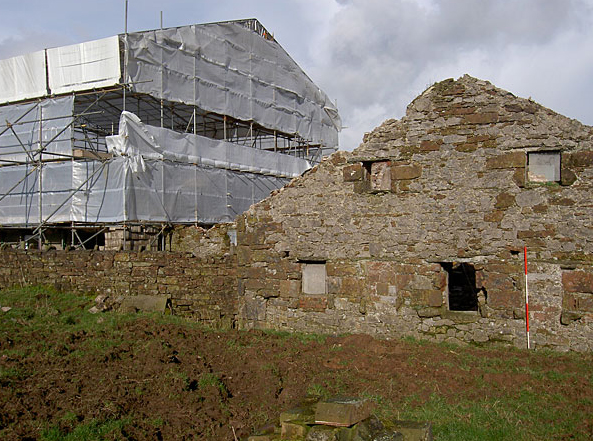 The farm viewed from the south-west 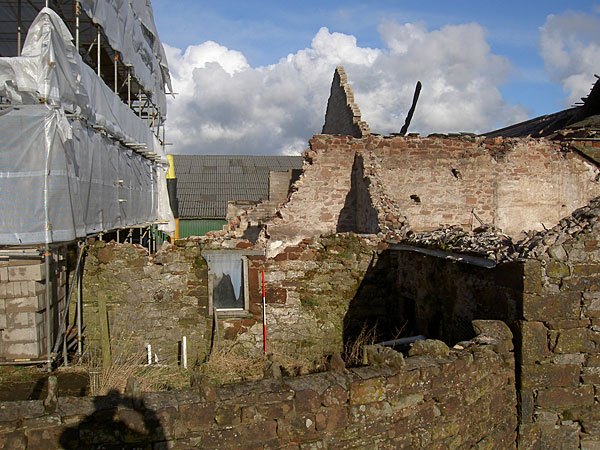