Prior to the submission of a planning application for a proposed residential development on land to the south of Sir John Barrow Way at Lund Farm, Ulverston, Cumbria, a desk-based assessment and geophysical survey of the site was undertaken. The geophysical survey showed features of possible archaeological interest and, following discussion with the Historic Environment Officer at Cumbria County Council, it was decided that these should be examined through the excavation of targeted evaluation trenches, which was undertaken by Greenlane Archaeology between the 5th and 7th June 2017.

The majority of the archaeological finds and sites which are known about within the study area relate to its development in the post-medieval period, during the late 18th and 19th century in particular, following the development of the Ulverston Canal and the Furness Railway. The available mapping shows that the area to the east side of Ulverston, east of the A5087 and south of the railway, was fields from at least 1832 and it has remained undeveloped since. The place-name is potentially significant as ‘lund’ is a Norse word meaning sacred grove, which could indicate that the site was used for ritual purposes in the Viking period, although how this would appear in the archaeological record is uncertain.

The evaluation comprised the excavation of seven trenches, each approximately 20m long, which targeted a small rectangular enclosure and a track marked on early mapping as well as additional features revealed during the geophysical survey. The track and enclosure were confirmed archaeologically as being post-medieval in date, while the line of a ditch visible as an earthwork and revealed during the geophysical survey could be earlier. All of the finds recovered were of post-medieval date, with one possible exception, and mainly date from the 18th to 19th century, although there are a few that are much later. 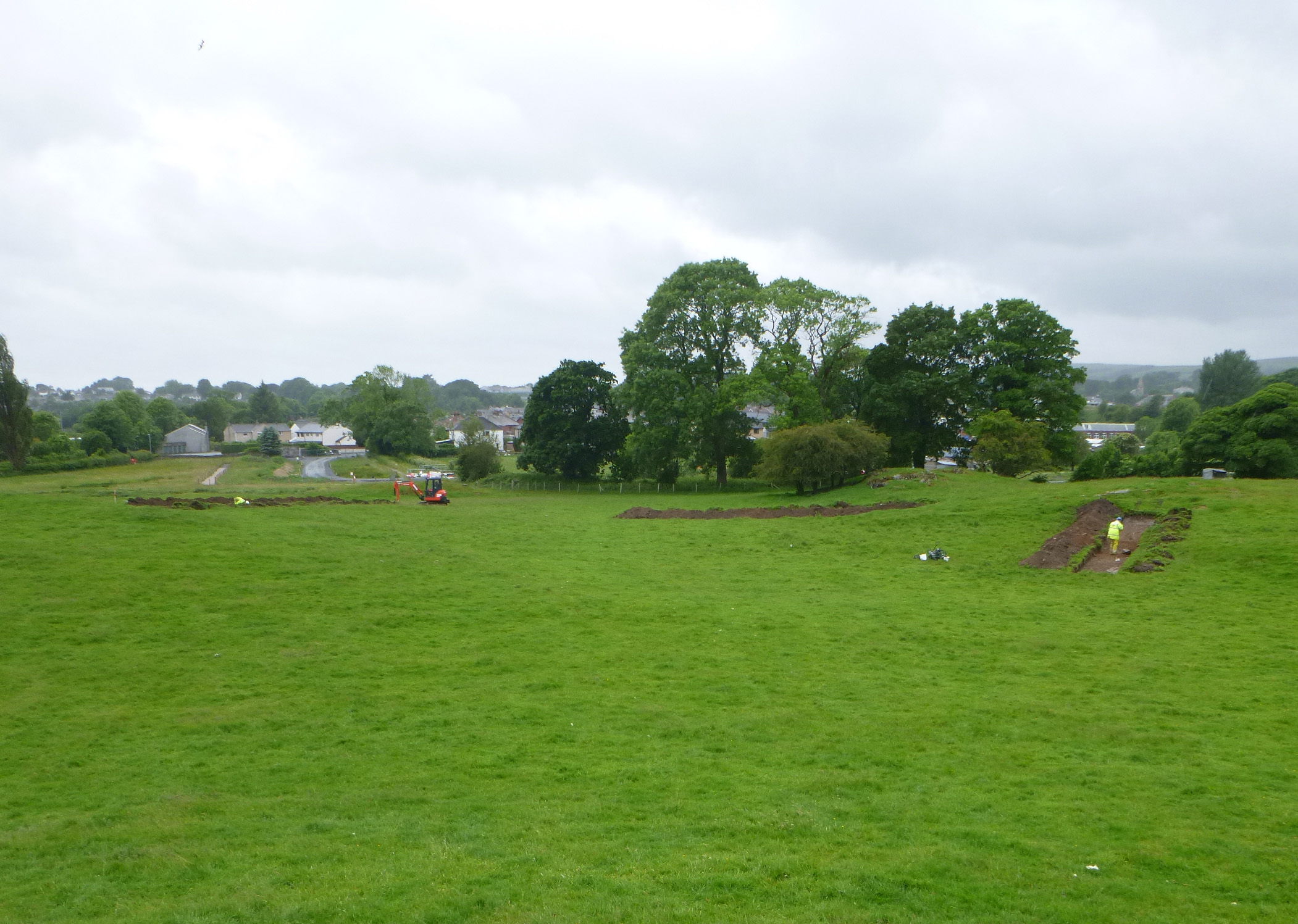