Following submission of a planning application to demolish Slack House Cottages and The Hawthorns, St Helens Road, Ormskirk, Lancashire, a request was made by Lancashire County Council that Slack House Cottages should be investigated by an archaeological evaluation trench across its footprint following demolition to footings level. Slack House Cottages comprised a single row of properties that probably served as agricultural workers housing in the first instance. They were certainly in existence by the 1840s and they were enlarged by the 1890s.

The evaluation trench was situated slightly to the south-east of the centreline of the row of cottages and orientated across the row from front to back. A linear ditch was exposed at the north-west end of the trench, which followed the bedrock on its north-east side, and a shallow pit was cut into the top of that. Another fairly shallow linear feature was exposed at the south-west end of the trench, which had a charcoal lense at its base. This was truncated by the footings of the cottage to the south-west. The underlying natural varied across the trench from a pale creamy-yellow to orange sand to a firm pink clay.

The full report is available on the Archaeology Data Service website: https://archaeologydataservice.ac.uk/archiveDS/archiveDownload?t=arch-700-1/dissemination/pdf/greenlan1-242357_1.pdf 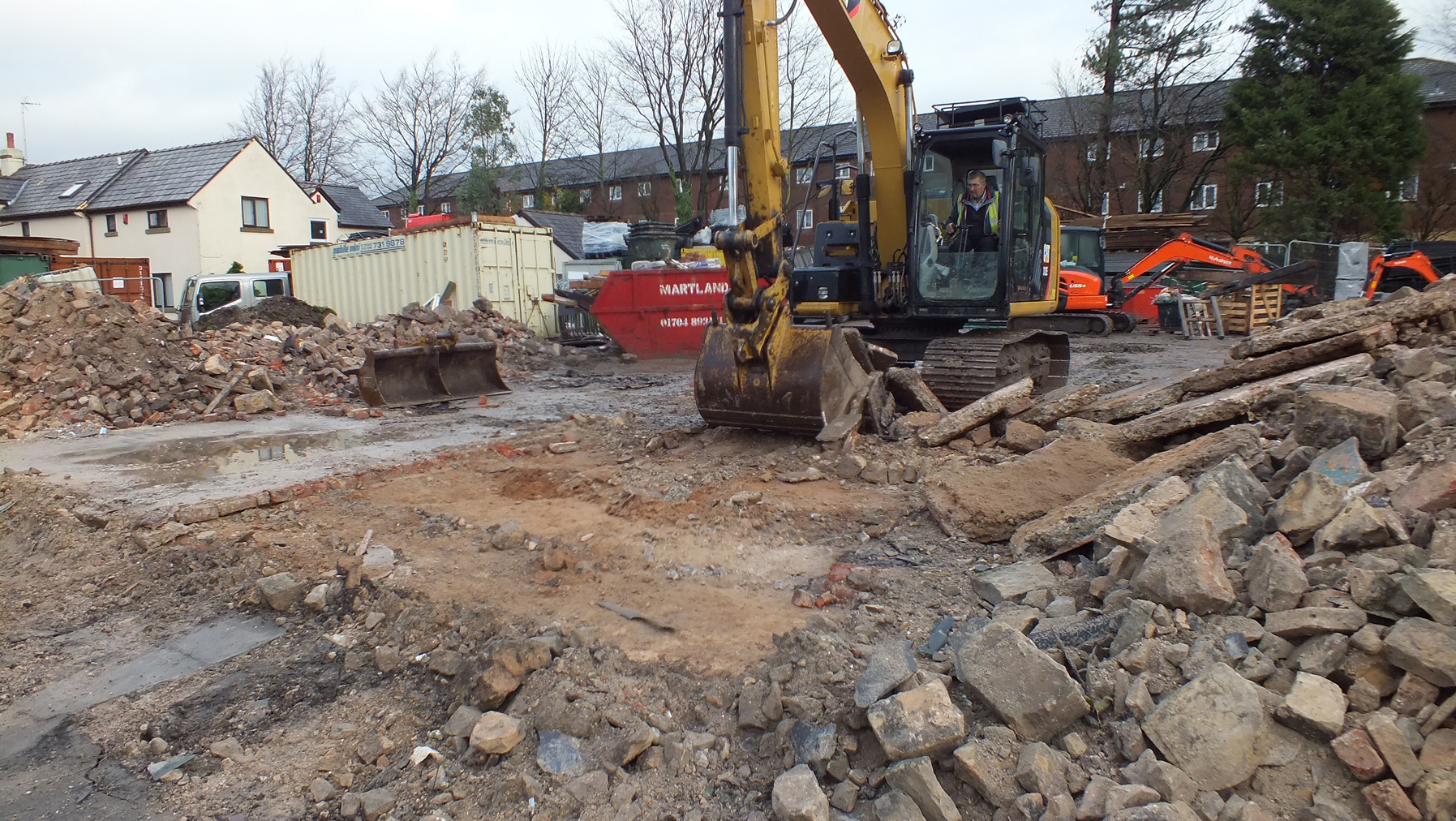