Following submission of a planning application for the conversion of a barn at Slackwood Farm, a level 3 building recording of the structure was requested by the Planning Officer at Lancashire County Council, Doug Moir. The barn is accessed from New Road, Silverdale, Lancashire, and lies within the curtilage of the Grade II* listed farmhouse. The building recording aims to provide a permanent record of the structure, provide information about its historical development, and assess the significance of the surviving fabric.

There is little detailed documentary evidence regarding the origins and early history of the farm and barn at the site, however, Slack-wood is mentioned as early as 1632 and later documentary sources suggest that an earlier farmstead on the site was replaced in the early 18th century. The earliest map of the site shows that the barn existed in 1830, and it is likely that it dates from the 18th.

A total of six phases of development and alteration were evident within the structure of the barn, the largest of which occurred between 1830 and 1845 when the barn was raised in height and lengthened with an additional outshut. The original structure appears to have been designed as a hayloft over animal housing and a cart shed, with the only upper floor access being through a pedestrian door on a natural bank at the west gable end. This bank was subsequently removed to facilitate the addition of another shippon at this end and a new bank was created on the north side; this, in combination with the addition of a wagon door in this elevation, enabled the upper floor to be used as a threshing area. It is possible that these major changes to the barn’s structure and function related to the removal of another building evident on a map of 1830; this structure seems to have been replaced by an orchard by the time that the tithe map of 1846 was produced.

The barn is unusual due to its degree of alteration, which effectively changed it from an atypical variant bank barn, to a fairly conventional bank barn with an upper threshing floor. It is unfortunate that this phase of re-building involved the re-roofing of the barn, as the original truss timbers and style may have allowed a more accurate date of origin to have been postulated. It also seems unusual to have a barn that changes from an early emphasis on dairy to a mixed arable and dairy focus, although this may be the result of the loss of a second barn at the site.

The full report is available on the Archaeology Data Service website: https://archaeologydataservice.ac.uk/archiveDS/archiveDownload?t=arch-700-1/dissemination/pdf/greenlan1-71088_2.pdf 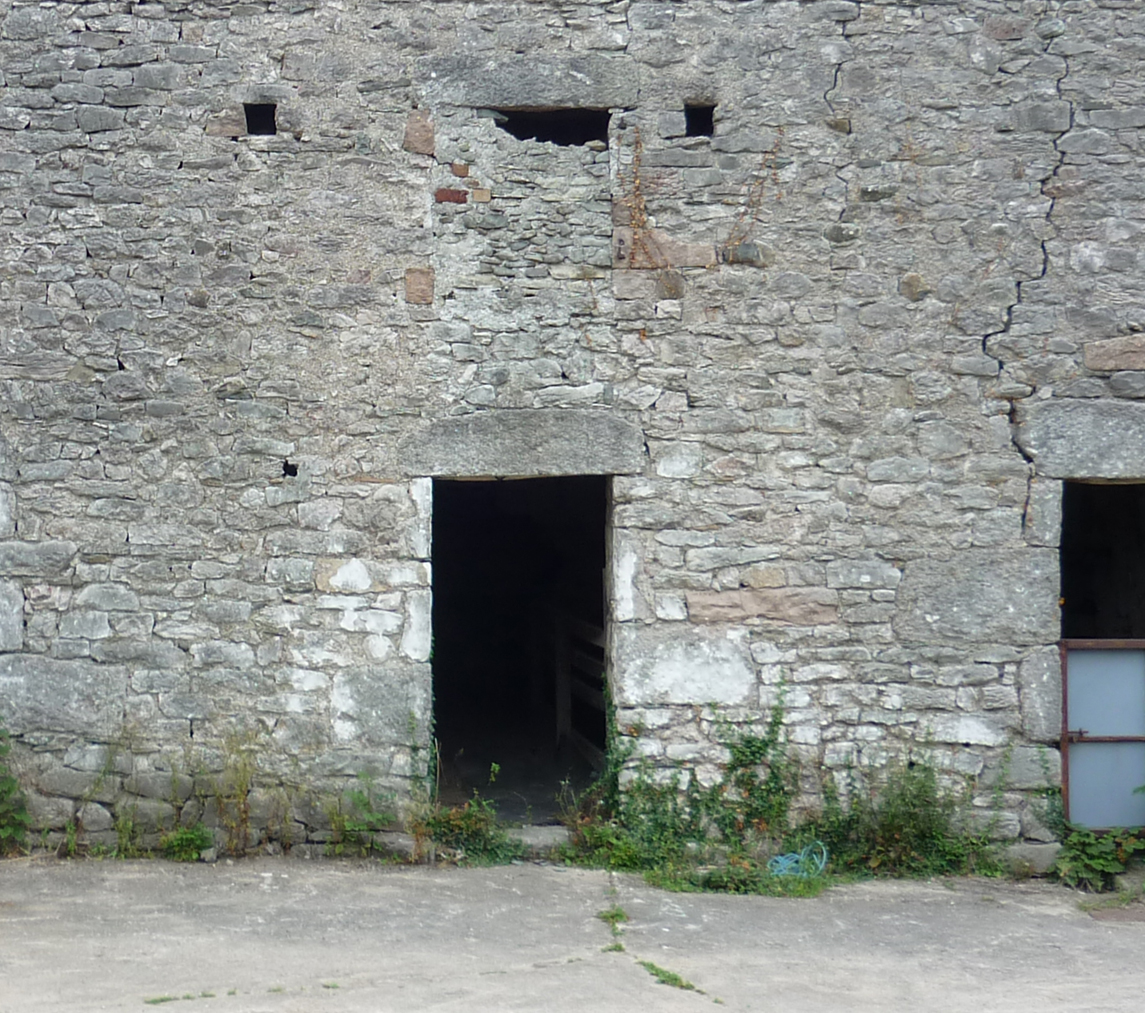