Following the submission of a planning application for the extension of an existing residential caravan park at Solway Holiday Village, Skinburness Drive, Silloth, Greenlane Archaeology was commissioned carry out an archaeological ‘strip and record’ of two areas. The history of the area is influenced by the Roman presence and tied to the fortunes of Holme Cultram Abbey during the medieval period. The town grew as a port and holiday destination in the mid-19th century yet the site remained largely unchanged until the mid-20th century, when it was used as an RAF base.

Substantial linear and curvilinear ditches were revealed in both areas below thick deposits of topsoil and subsoil. The profiles of these ditches varied though they often included a charcoal-rich deposit towards the base and associated finds suggest some or all of them had gone out of use by the medieval period. Large quantities of iron smelting slag were recovered from across both areas, and animal bone and carbonised grain were recovered from samples collected from the various features.

The finds and material recovered from the environmental samples demonstrate that the site formed part of a wider settlement with domestic activities taking place alongside iron smelting. The original report suggested that the ditches were perhaps early medieval in date, although no direct dating evidence was recovered, and they had certainly been filled by the late medieval period. The site was subsequently ploughed, with former slag heaps probably ploughed out and spread into a developing subsoil. Later activity at the site included various attempts at draining the field, evidenced by ceramic drains criss-crossing the site, and the remains of a concrete and brick structure in the west corner of Area B, sections of which were spread across the area after its demolition. 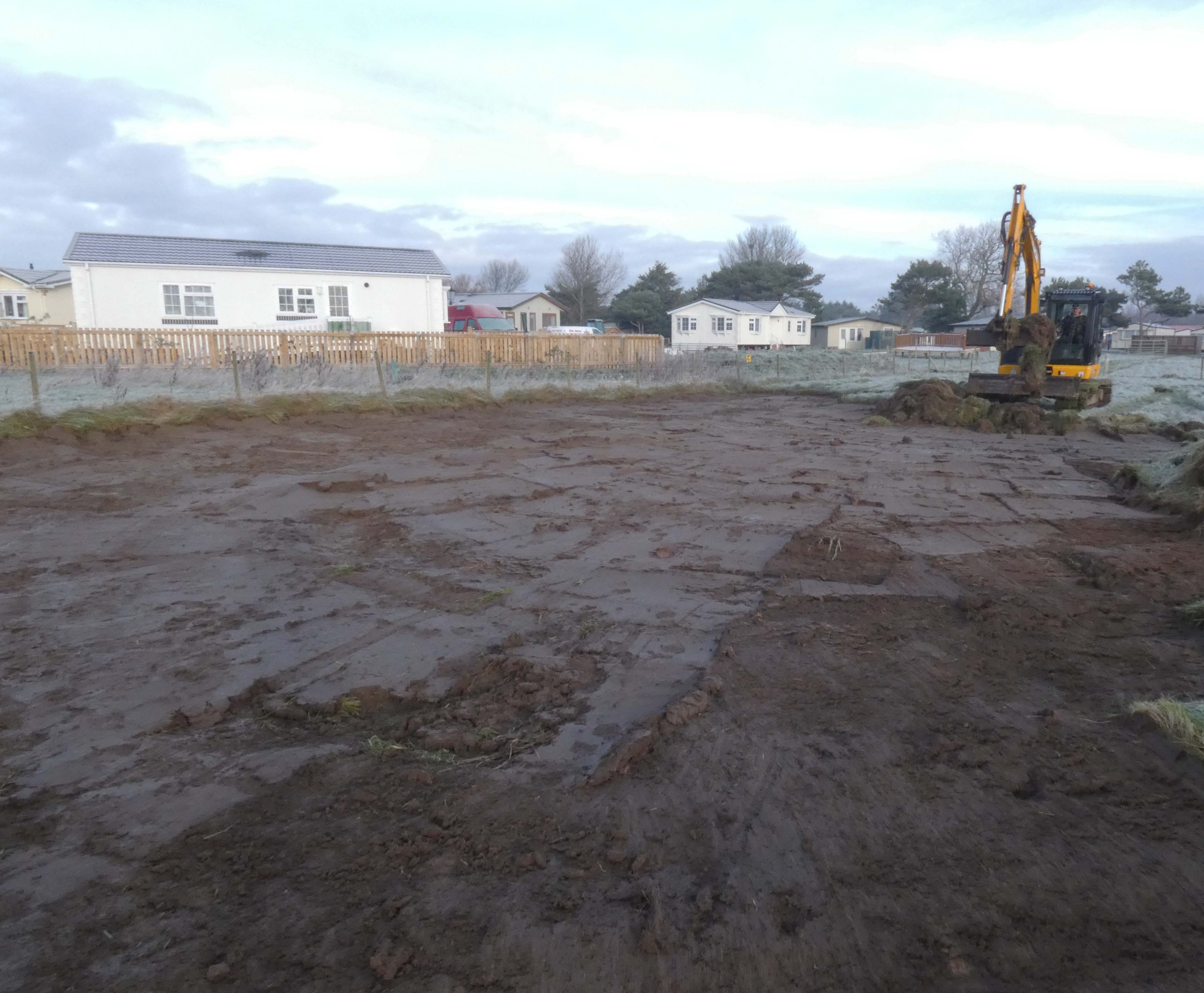