A programme of alterations was proposed by the PCC at St Andrew’s Church, Penrith, as a result of which a watching brief on ground works relating to the relaying of paths and the installation of a new water pipe was required as a condition of the faculty, as well as the recording of the flag stones in the vestibule. In response to this Greenlane Archaeology produced a project design and carried out the site work in January and February 2008.

The earliest surviving fabric of St Andrew’s Church is the west tower which is thought to be 14th century, although the church was largely re-built in 1720-1722. Origins of a much earlier church are indicated by the presence of three cross shafts thought to be of Norse origin and dating from the 10th century and four ‘hog backed’ tombstones which are associated with two of the crosses.

During the watching brief no archaeological features were encountered although some 18th to 20th century pottery and disarticulated human remains were found within the topsoil and subsoil.

The full report is available on the Archaeology Data Service website: https://archaeologydataservice.ac.uk/archiveDS/archiveDownload?t=arch-700-1/dissemination/pdf/greenlan1-40455_1.pdf 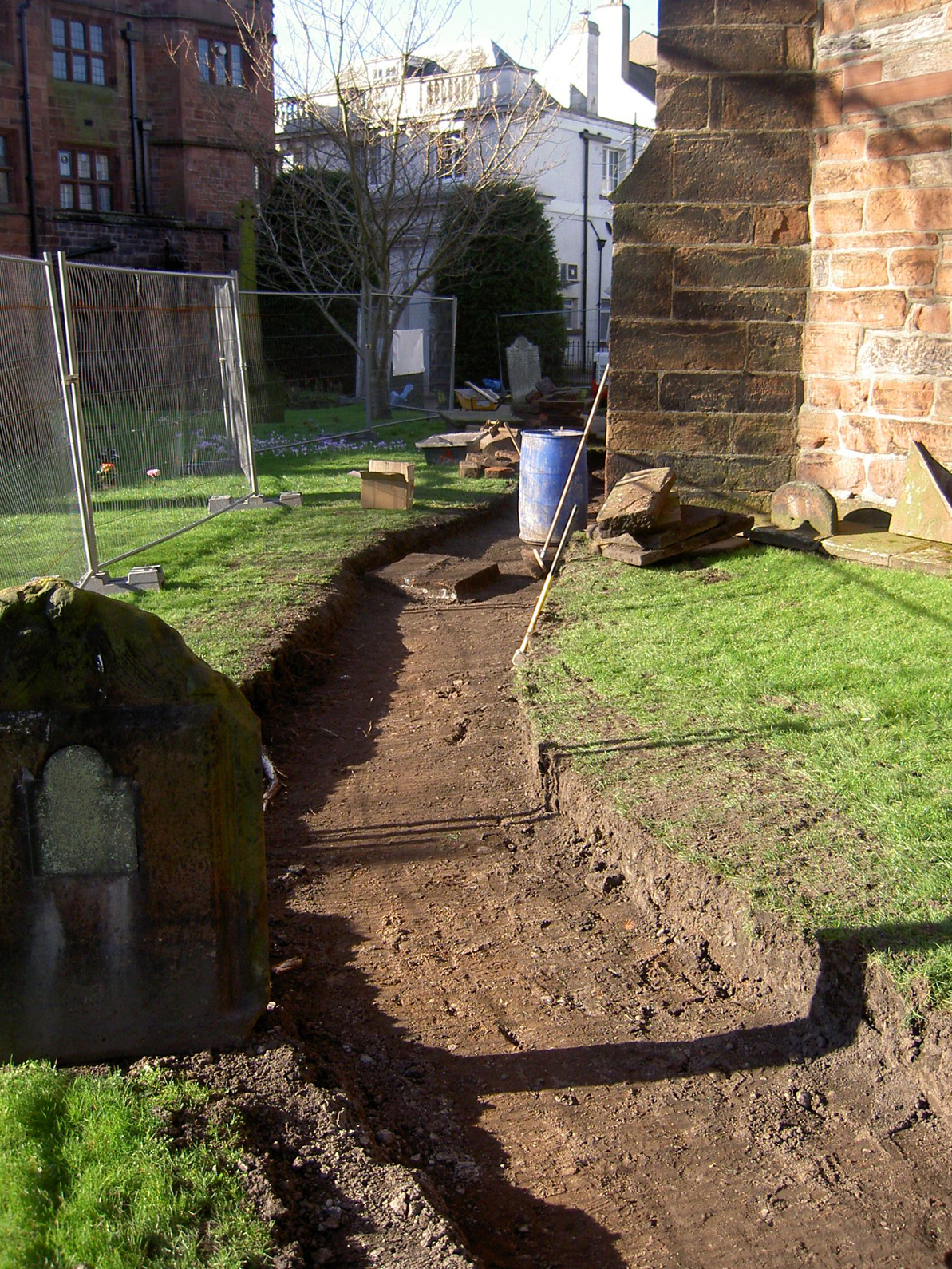