An archaeological watching brief was carried out during the course of groundworks associated with the installation of a new drain as part of a programme of alterations at St Andrew’s Church, Penrith. The layers exposed during the course of the groundworks represented a continuation of those which were recorded during an archaeological watching brief carried out at the church by Greenlane Archaeology Ltd in 2008. Finds were only recovered from the topsoil and included fragments of clay tobacco pipe, post-medieval pottery, and glass. Disarticulated human remains were found within the topsoil and subsoil, but were not removed from site. What was thought to be a gravestone base had been incorporated into the side of the path to the north entrance of the church, but no significant archaeological finds or features were observed.

The full report is available on the Archaeology Data Service website: https://archaeologydataservice.ac.uk/archiveDS/archiveDownload?t=arch-700-1/dissemination/pdf/greenlan1-111339_1.pdf 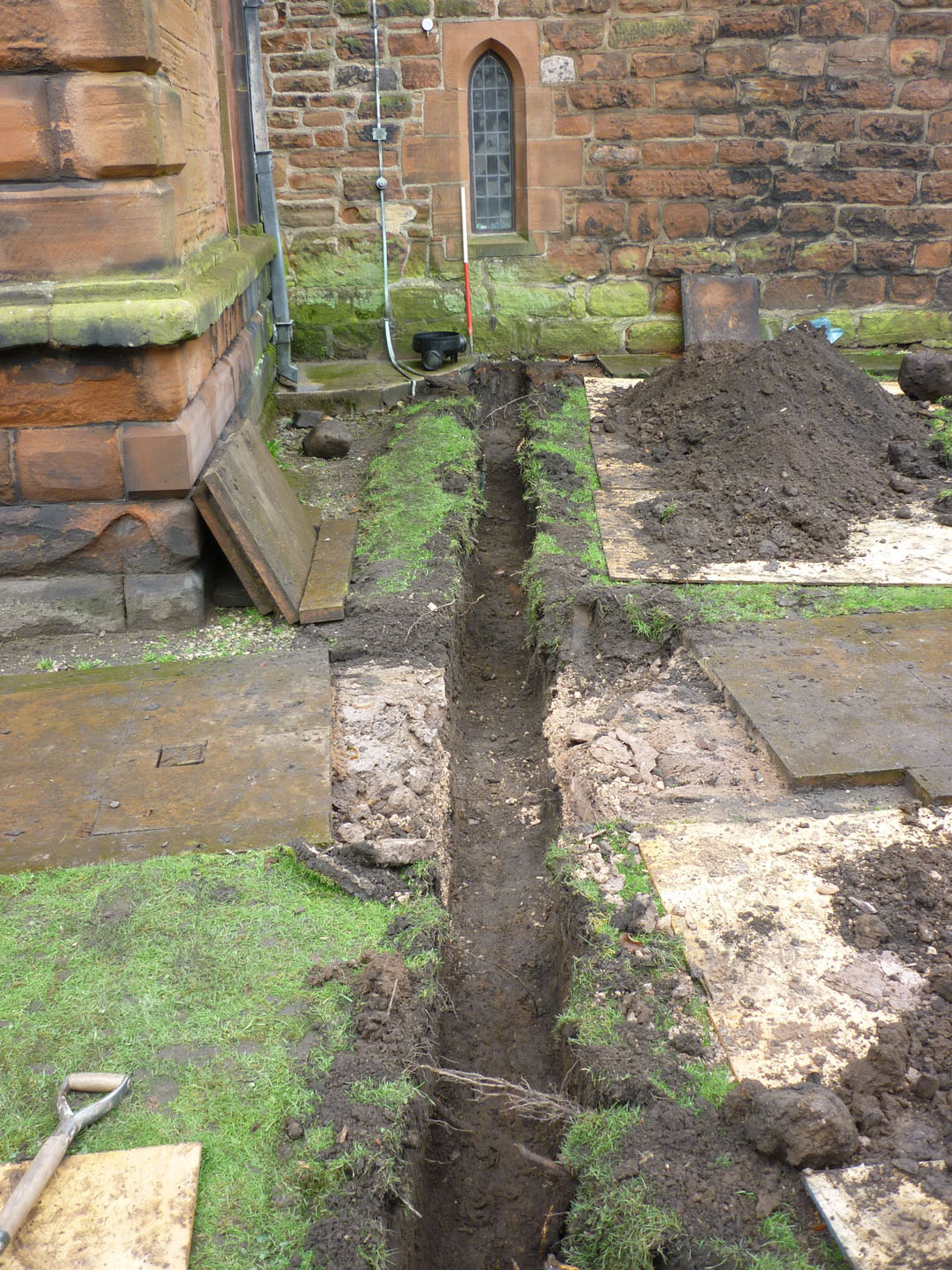