Following proposals to reroute a gas pipe and other utilities across a courtyard adjacent to the priory church at St Bees, Cumbria the diocesan advisory committee requested an archaeological watching brief of the associated groundworks, which was undertaken in March 2019. The groundworks comprised the hand excavation of a narrow trench across a small courtyard between the Old College and New College buildings, which was largely within an area excavated in 1981. The overlying deposit comprised loose gravel, below which was a uniform deposit of dumped sandy gravel extending to the depth of excavation. This deposit contained large amounts of angular stone, lime, and roofing slate, which probably represents demolition material and backfill from the earlier excavation. A number of finds were recovered, primarily post-medieval pottery, glass, and clay tobacco pipe as well as animal bone. A self-seal plastic finds bag was also found, which was presumably left during the previous excavation! A small part of the plinth of the footings of the priory church was also observed where the trench met the Old College. 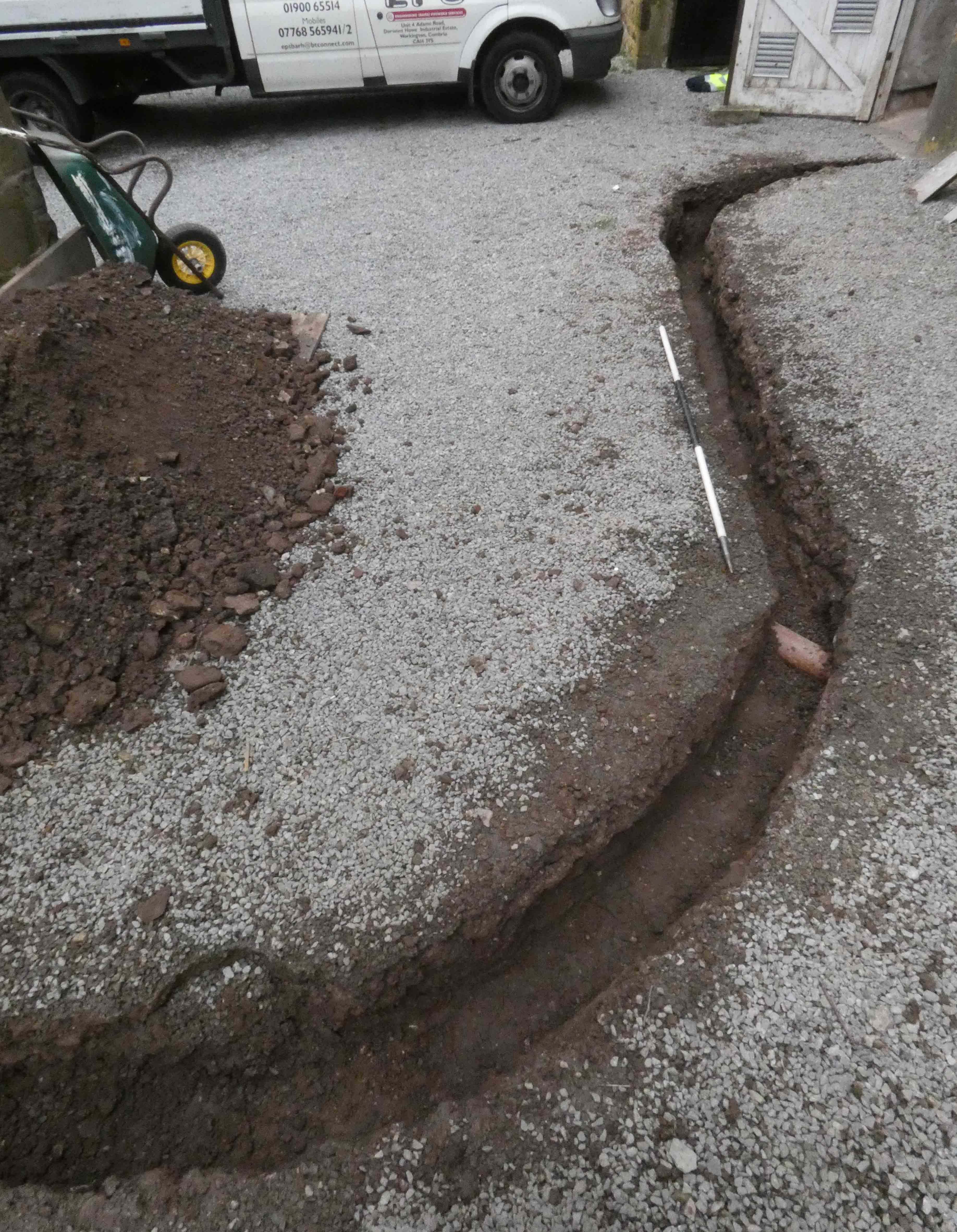 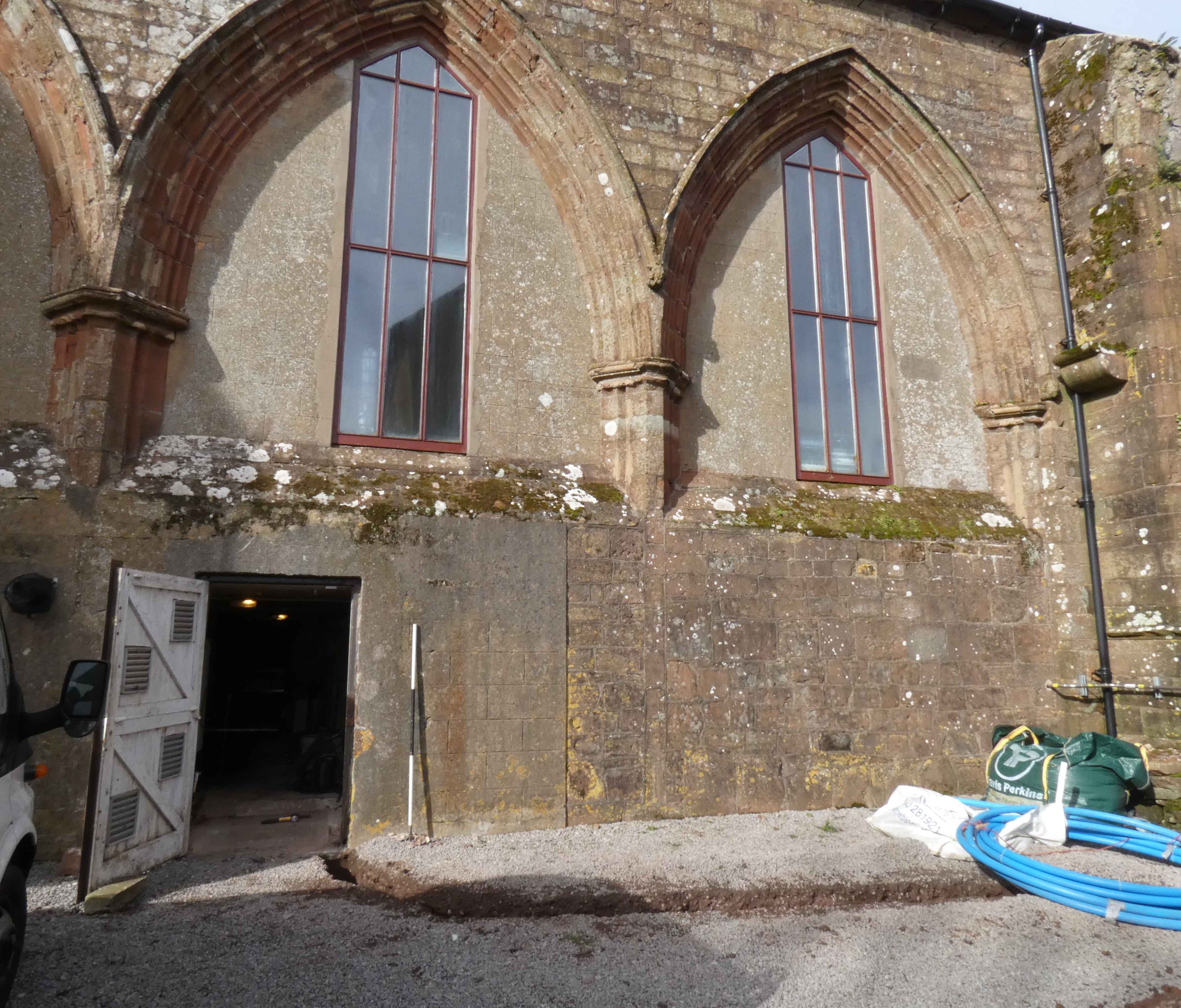