Greenlane Archaeology was commissioned to carry out an additional building recording and monitor excavation of new drainage trenches associated with renovation work at St Bridget’s Old Church, Beckermet. Removal of the slate roof exposed the roof structure of the nave above the barrel-vaulted ceiling and removal of the render revealed probable putlog holes in the west gable as well as a voussoir arch for a wider and taller doorway on the west elevation and evidence for several phases of construction on the south side. The original wall had shifted outward on the south side and several refitting pieces of a Romanesque font of probable late 12th century date had been used to rebuild it.

A probable grave was exposed close to the lower graveyard entrance during the drainage works, but this was not examined as it extended below the depth of excavation, and a low wall was recorded slightly to the west of the existing graveyard boundary, which corresponded with the boundary of the oval churchyard shown on early maps.

The finds mostly dated from the 19th century onwards, of particular interest, however, were the fragments of carved stone crosses recovered from the subsoil near the south corner of the church, which likely dated from the 9th to 11th century; one inscribed fragment formed part of one of the extant crosses in the churchyard, while the other is apparently the boss from a crosshead perhaps from the other extant cross or from a third as yet unrecorded cross. 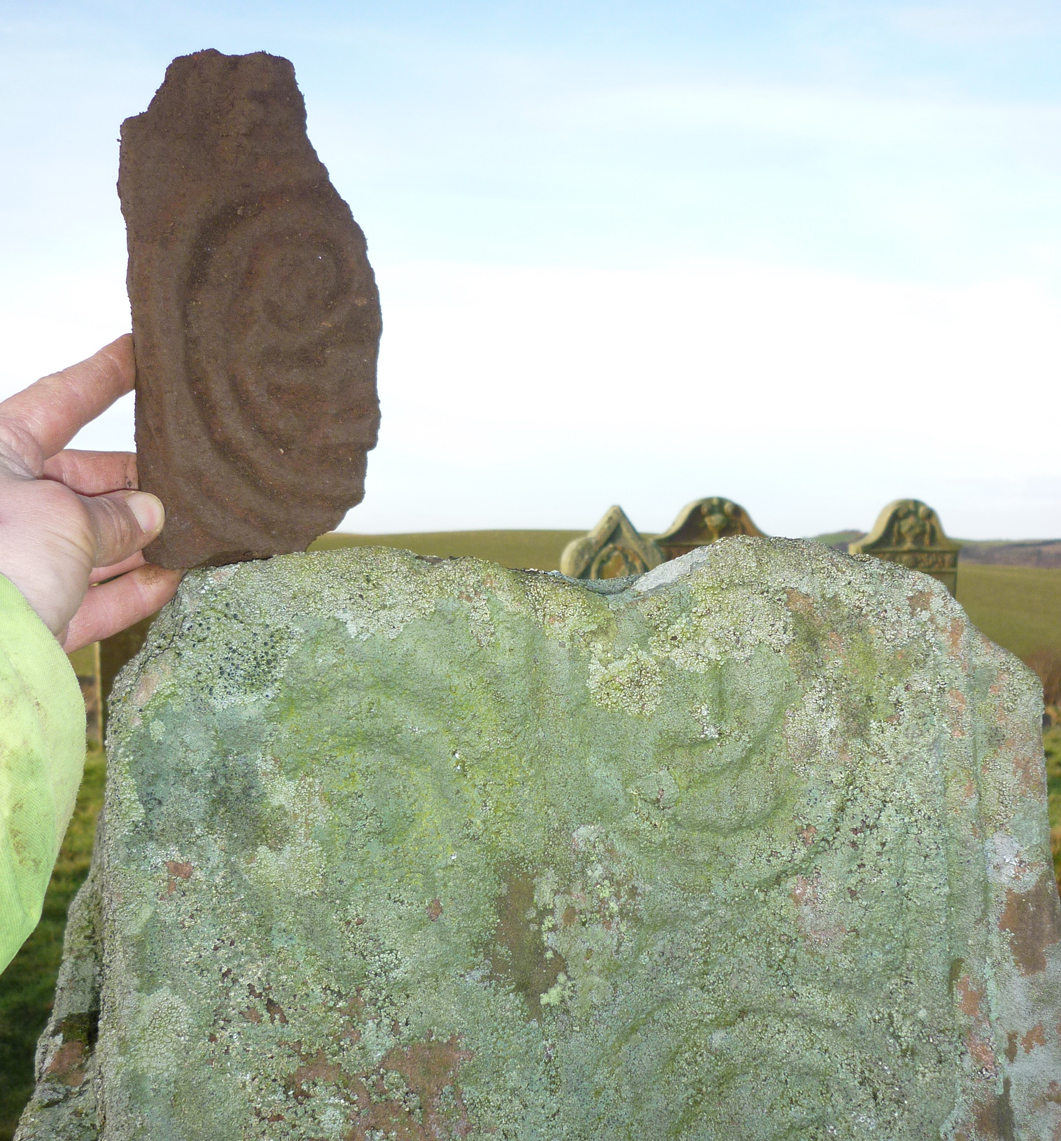 A missing piece of the cross 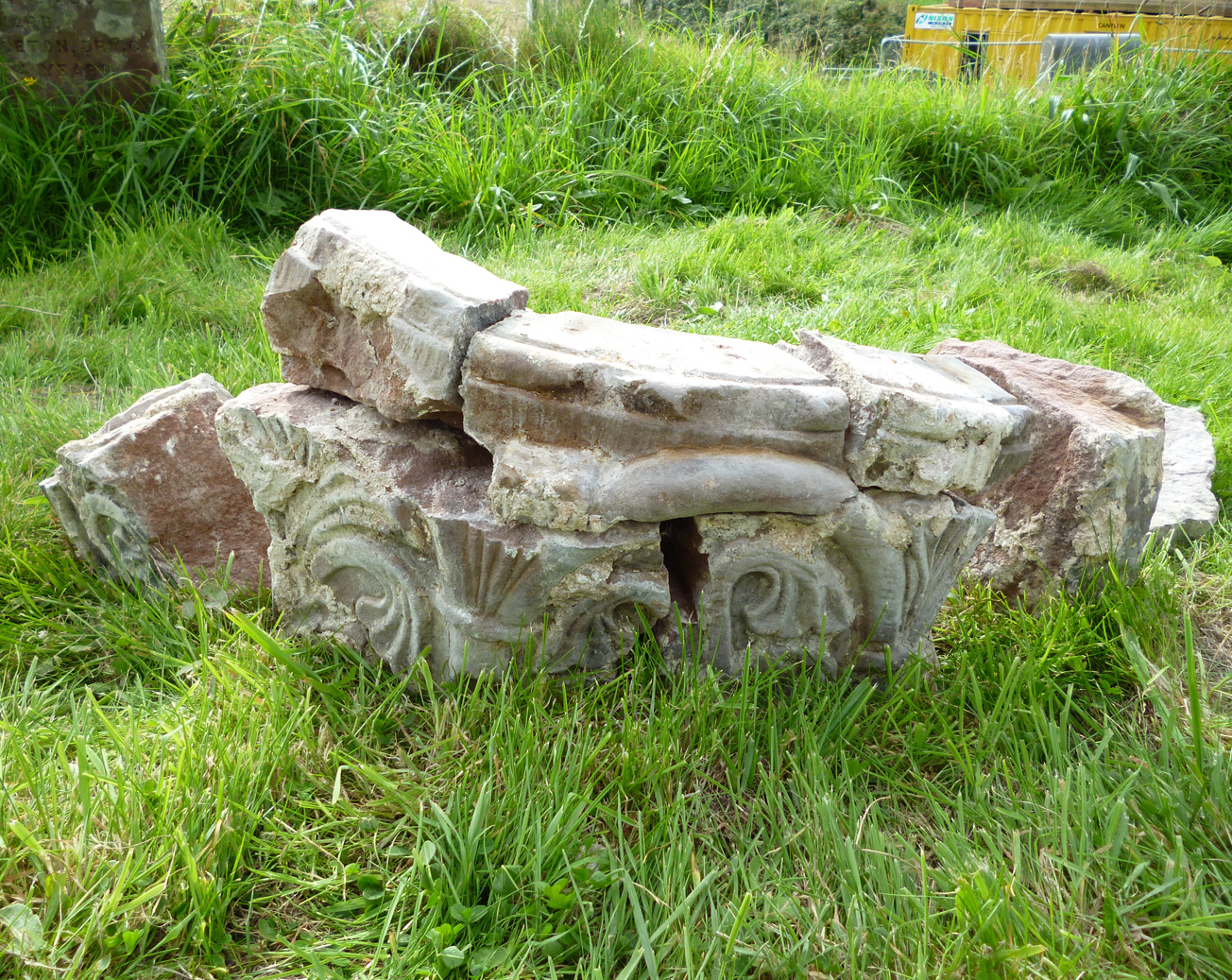