Following the submission of a planning application to convert the disused St Kentigern’s Church at Kirkcambeck, Brampton, Cumbria, which would include the erection of a new extension and installation of associated drainage, a condition was placed on the decision notice for this application requiring an archaeological evaluation. Greenlane Archaeology was commissioned to carry out this work, the fieldwork for which was carried out in March 2018.

The site is situated to the north of Brampton and Hadrian’s Wall, in an area that has seen human occupation since early in the prehistoric period although archaeologically it is somewhat dominated by the Roman period due to the proximity of Hadrian’s Wall. A church is recorded in Kirkcambeck from the 12th century but the place-name, the presence of a possible cross base, and the circular form of the current churchyard have all been taken to indicate that it was a more ancient site. The remains of a medieval arch to the north-east of the current church and a medieval grave cover re-used its wall, provide physical evidence for a medieval church but the arch is thought to have been reconstructed on its current site in the 18th century and the cross originally stood in a field nearby. Human bone has been recorded on the site, eroding from the mound on which the arch stands. The extant church was built in 1885.

The evaluation comprised the excavation of four trenches, three of which were approximately 5m long, the fourth comprising a test pit 1.5m square. In Trenches 1 and 2 the remains of a structure were encountered with a fireplace and floors made up of a number of materials and the bases of walls made of clay, demonstrating that it was what is known as a ‘clay dabbin’. In Trench 3 there was a shallow ditch, probably for drainage, which had been supplemented with a ceramic drain inserted at a later date. Trench 4 contained no features of archaeological interest. A single piece of dressed stone found in a demolition deposit in Trench 1 is of medieval date and likely to have derived from the original church and been reused in the clay building, while the other finds indicate that the site was occupied primarily in the 18th to early 19th century. It was certainly demolished by the time the first Ordnance Survey maps of the area were produced in the 1860s. 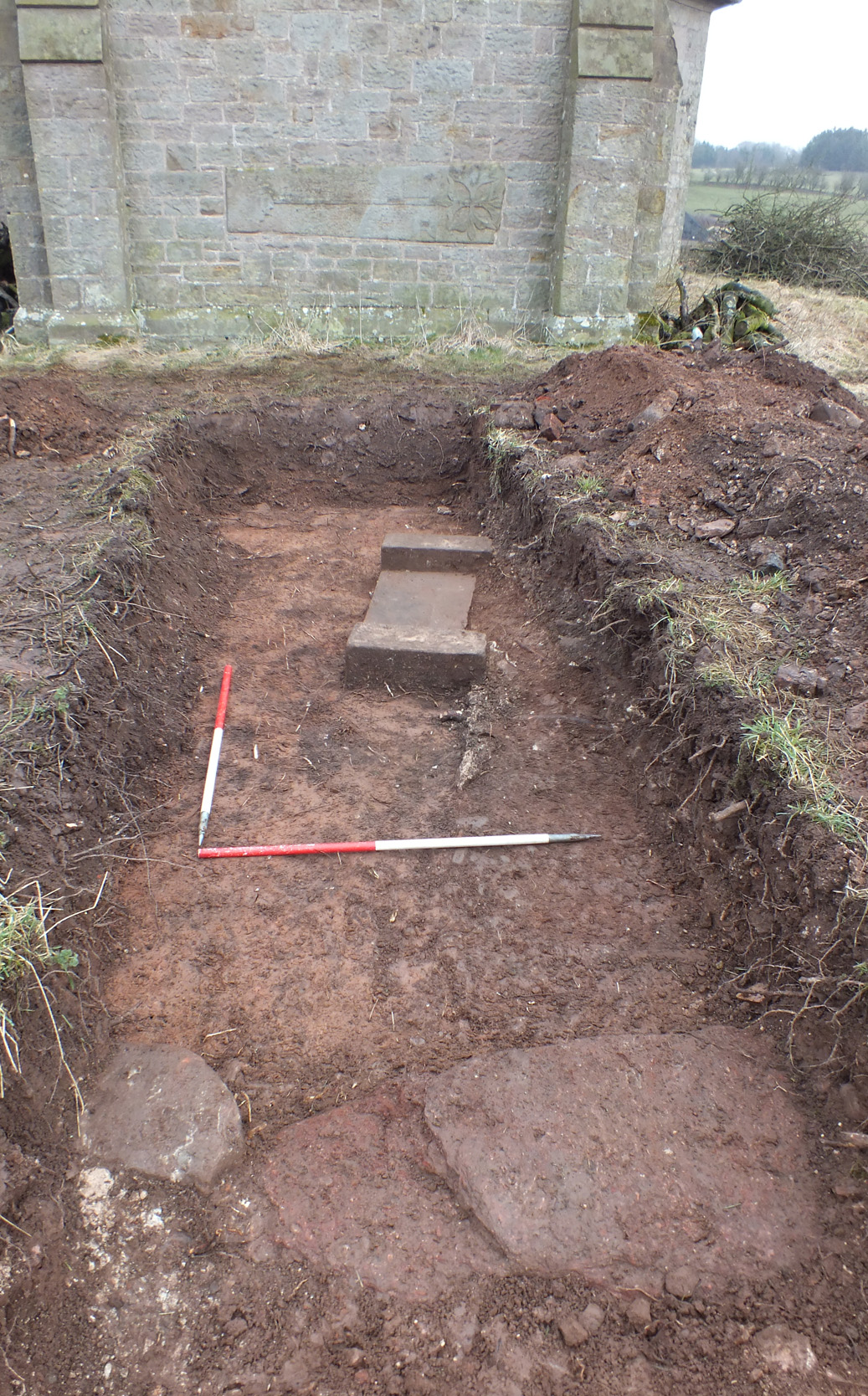