Greenlane Archaeology carried out an archaeological evaluation ahead of the construction of a residential development at Tarn Side Garage, Ulverston. The site originally formed part of a larger field named ‘Tarn Field’. By the late 19th century a range of buildings had been constructed at the southern end of this field, most probably to form a timber yard for James Coward and Sons Timber Merchants, who remained in operation until the early 20th century. More recently the site was used as a garage.

The evaluation comprised two trenches each c8m long. Trench 1 was very shallow. It was cut by a modern pipe trench at the north end and had been disturbed at this end by the demolition of the buildings on site. Trench 2 contained a sequence of dumped deposits above the natural, which contained finds mostly of late 18th to early 19th century date, although amongst them was a residual handle fragment from a medieval vessel and a possible flint core of late Mesolithic to early Neolithic date. No significant archaeological deposits or features were observed. 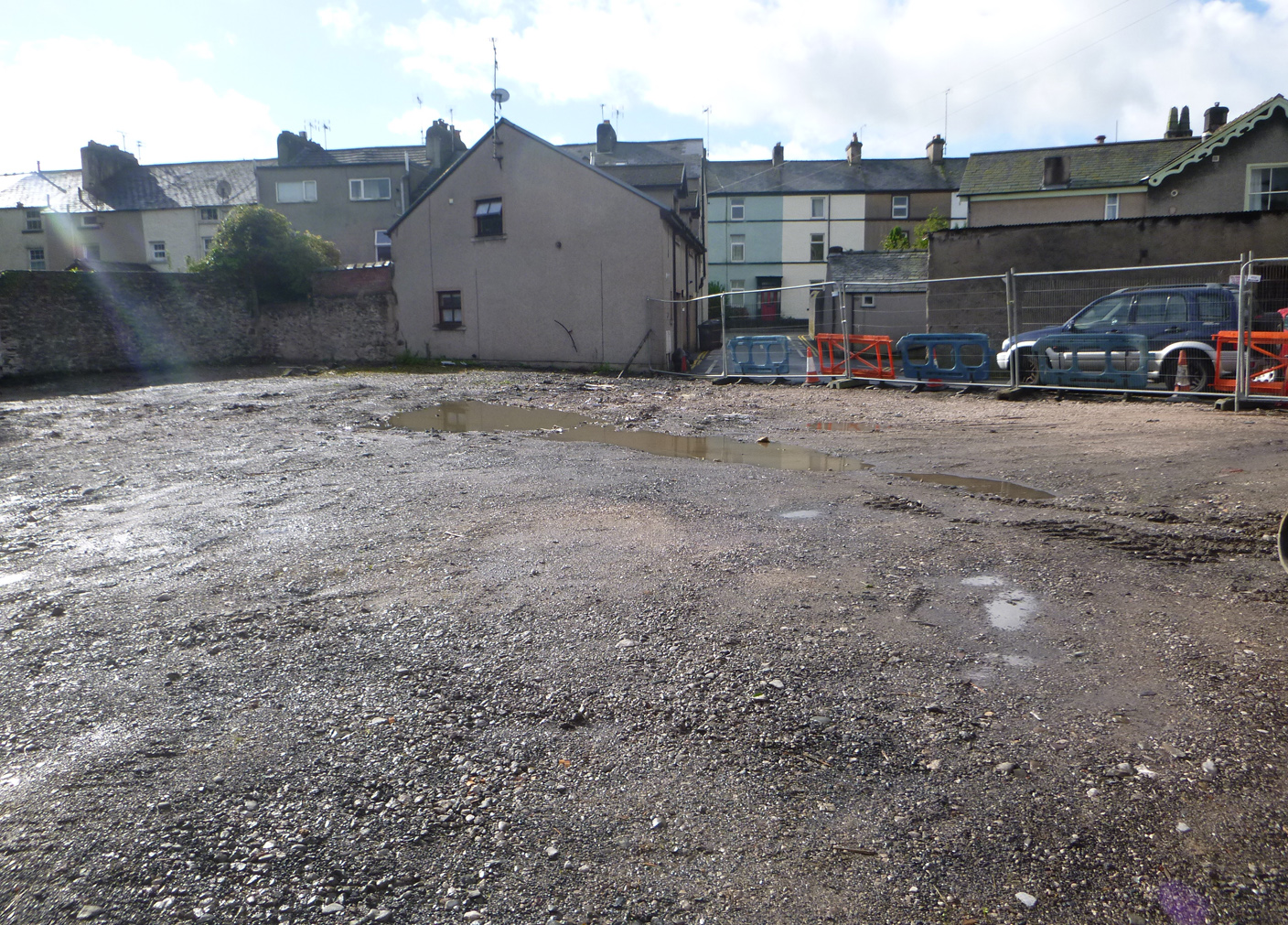