Following a number of planning applications to construct an extension to the rear of the Castle Dairy, Wildman Street, Kendal, Cumbria, a condition was placed for an archaeological watching brief to be carried out during associated ground works. While prehistoric, Roman and early medieval activity are known from around Kendal there is limited evidence from within the town itself. Kendal is primarily a medieval development, although recent work on Wildman Street has called into question whether this area was as fully developed at that time. The Castle Dairy certainly has medieval origins, although the exact sequence of its development is uncertain at present because of a lack of detailed dating. It likely represents the remains of a grange serving Kendal Castle, so the surrounding area may have been largely agricultural in character until the castle and its holdings passed into private hands.

The watching brief entailed the monitoring excavation of three test pits and reduction of the ground level across a large area. This was mostly covered by a flag floor, below which a mixed buried soil was present, although this had been cut by a number of ceramic drainpipes. The east side of the site had a thicker deposit of soil, which contained a large number of artefacts, mostly pottery of post-medieval date, although medieval pottery and a small group of possible whetstones or hones were also found.

Although no features were encountered the finds represent a substantial and interesting collection, demonstrating further that the area was occupied in the medieval period, although not as intensely as in other parts of the town where there were fully developed burgage plots. The whetstones and a fragment of vitrified material also potentially connect to a forge that was said to have been situated nearby.

The full report is available on the Archaeology Data Service website: https://archaeologydataservice.ac.uk/archiveDS/archiveDownload?t=arch-700-1/dissemination/pdf/greenlan1-170071_1.pdf 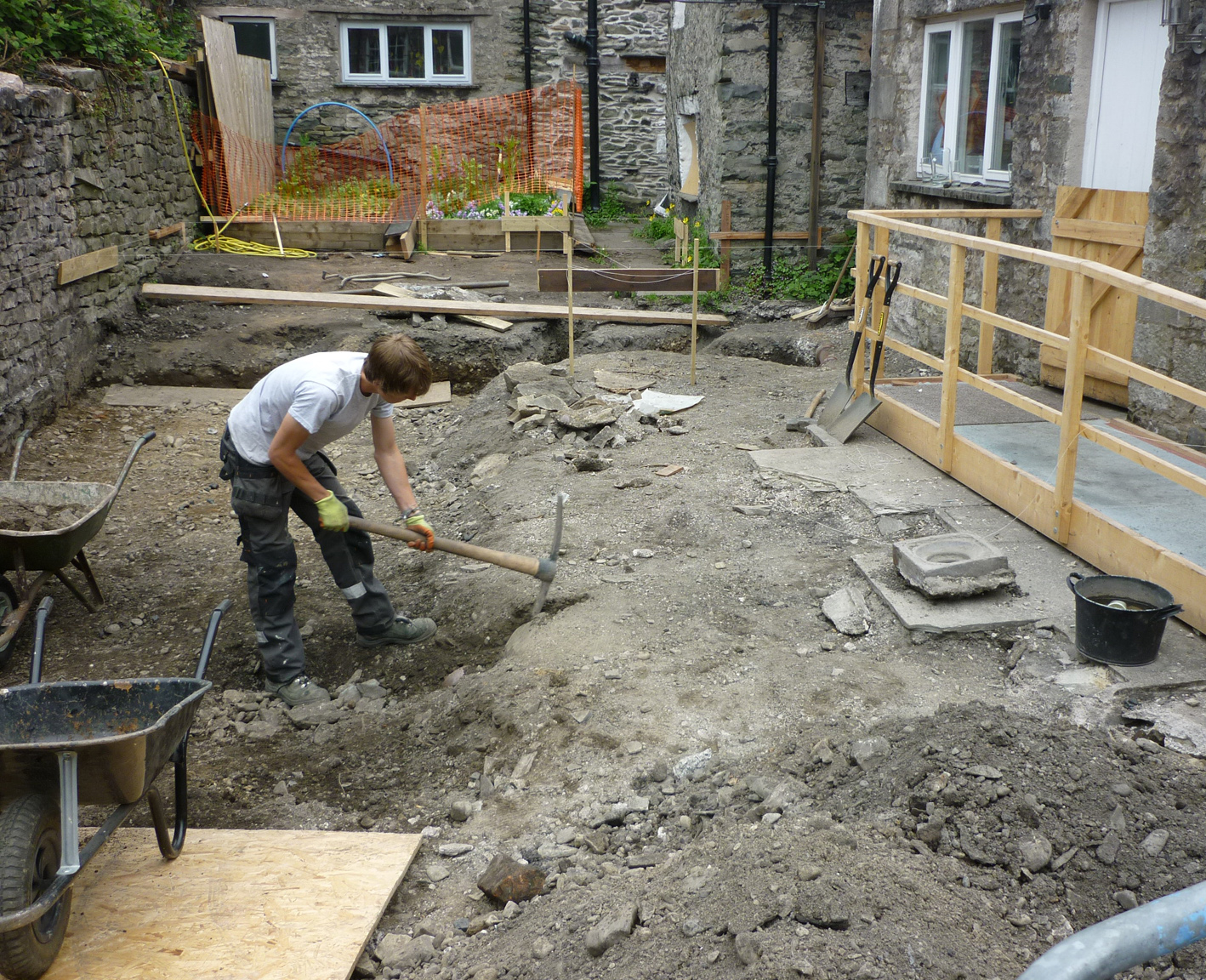