A blocked window of medieval date was uncovered and recorded during the course of extensive repairs to the kitchen of the Castle Dairy, Kendal, which was damaged by floods in December 2015. The window had dressed yellow sandstone details like the others present in the building, in particular the early doorways to the west, and was blocked with concrete blocks, presumably as part of the work carried out in 1970, which hid the detail of any moulding to the jambs. A doorway to the west was also more fully exposed, as was the relationship between the walls in the west corner, which revealed that the stub wall onto which the extension of 1970 had been added was itself butting the main wall of the Castle Dairy, as had been suggested during the original building recording. 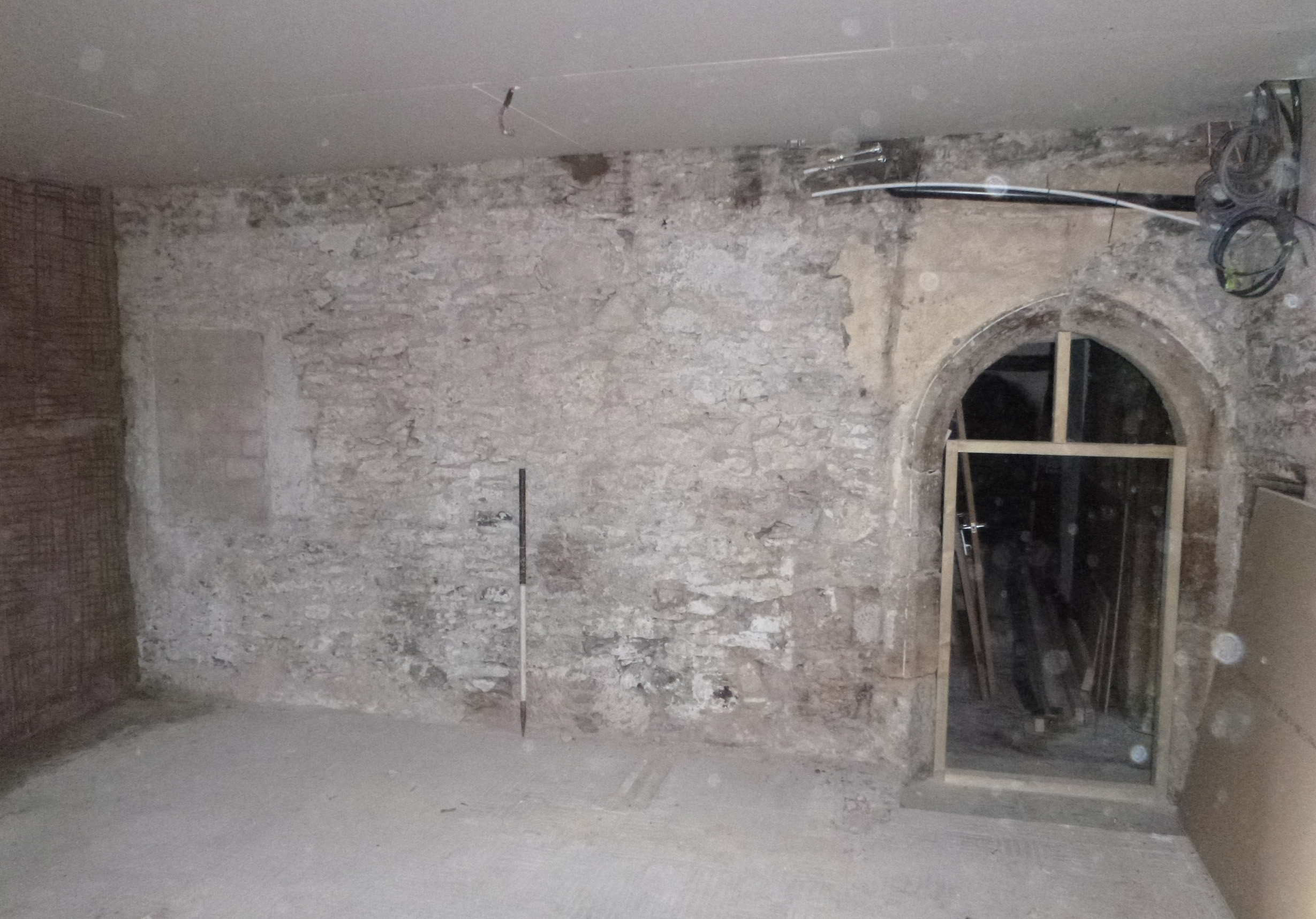