The Castle Dairy has medieval origins and is thought likely to have originally served as part of a grange belonging to the castle. It was one of a number of buildings in Kendal that were damaged by floods in December 2015. The watching brief monitored the lifting of the stone flag and brick floors in three of the rooms on the ground floor, two to the front and one to the rear. Areas of plaster which were removed and a fireplace, which was more fully opened in the room to the south-west end of the building, were also recorded.

The depth of excavation was generally only around fifteen centimetres below the top of the flags, so deposits underlying the bedding material for the flags were generally only exposed in plan in some places and were not excavated to any significant depth. The sequence of deposits encountered in the two rooms to the front of the building represented a continuation of those recorded during a small-scale evaluation carried out at the site via a series of test pits carried out by Greenlane in February and March 2016. The finds recovered on this occasion reconfirm that the floors had probably been re-laid in both these rooms in the late 20th century. Material recovered from immediately below the flags in the room to the rear of the building had a notable concentration of 19th century finds and two small pits were exposed in the west corner. One of these pits was probably a refuse pit for domestic/kitchen waste, the other was lined with slate on the sides and it has been suggested that it may have been a soakaway, or the slate may have been packing material for a posthole, the post having been removed or long since decayed. The finds from the watching brief are late post-medieval apart from a very small quantity of residual medieval pottery of possible 12th to 14th century date. The fireplace in the room to the south-west end of the building was originally much wider and squarer than it has appeared in recent years and it is believed that it will now be opened to its former extent as part of the refurbishment of the building. 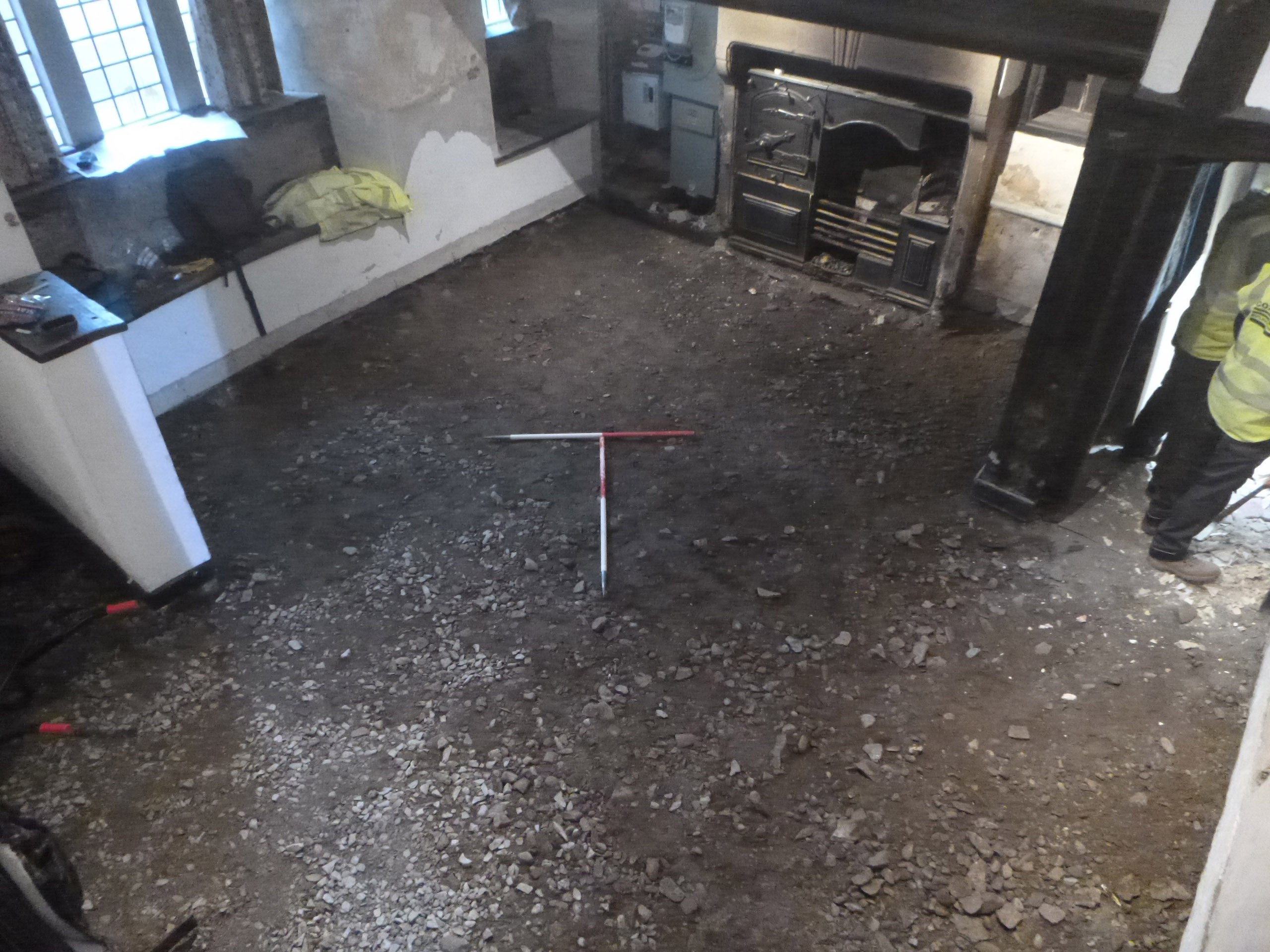