A previous archaeological building recording at the Cavendish Arms identified a number of features of archaeological and historic interest within the building, in particular the raised cruck trusses, as well as potential for further information to be gained during its conversion into domestic dwellings. Additional recording of the building was carried out after some of the internal features had been stripped and a small area of trenching was also monitored to the west side of the property. A significant quantity of 18th to 19th century clay tobacco pipe stem fragments was recovered after the floors had been lifted and a small quantity of post-medieval finds was recovered during the excavation of the narrow service trench along the west side of the underpass, but no archaeological features were found. The additional building recording did not change the phasing of the building suggested in the original report, although the redevelopment of the property did reveal several windows and a fireplace in the south end of the former Sportsmans’ Hall and the two raised cruck trusses were fully exposed. A programme of dendrochronological assessment revealed that the timber used in the trusses was felled in 1537.

The full report is available on the Archaeology Data Service website: https://archaeologydataservice.ac.uk/archiveDS/archiveDownload?t=arch-700-1/dissemination/pdf/greenlan1-170084_1.pdf 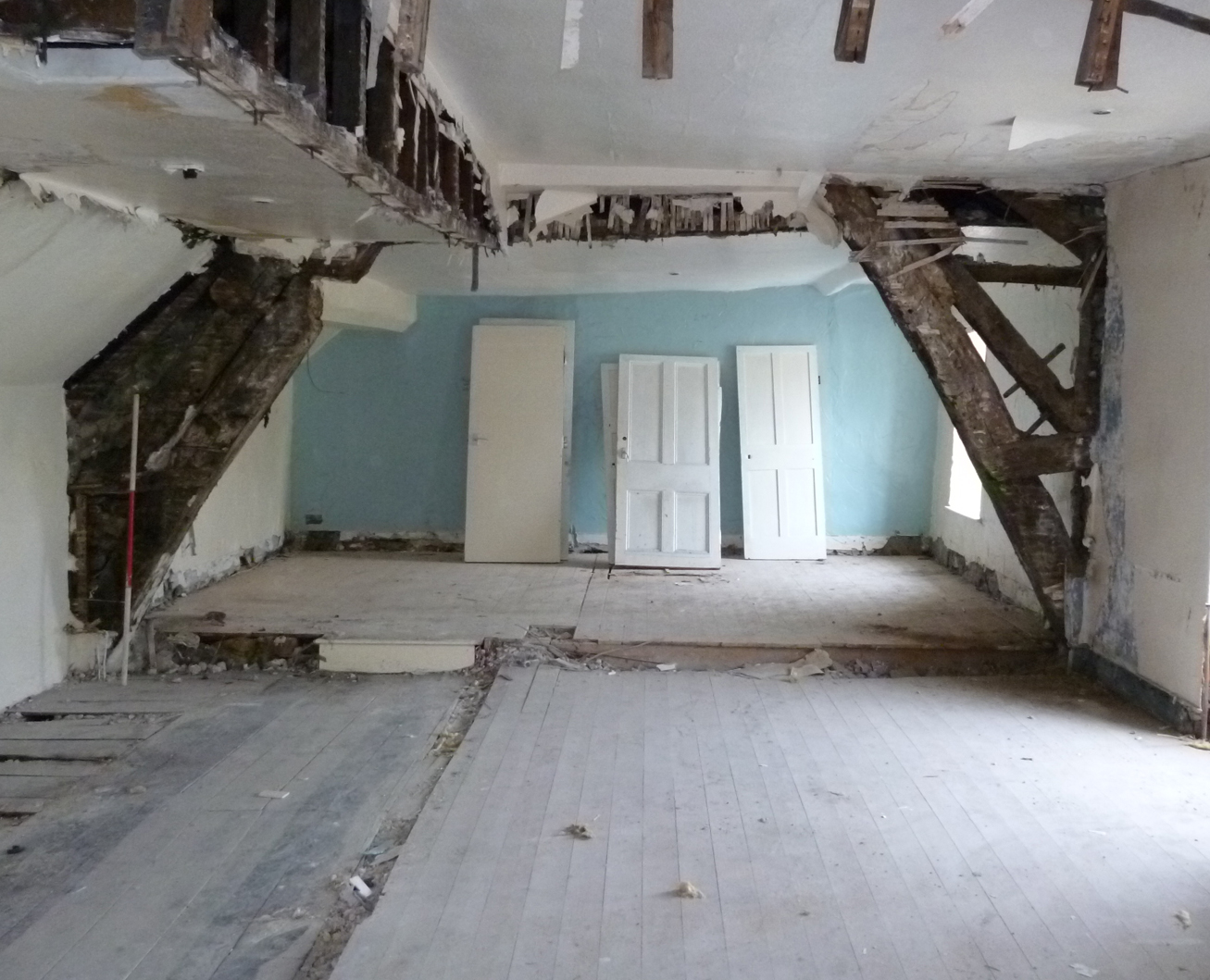