Following the submission of a planning application for internal renovation and erection of a single storey rear extension at The Farmers, Market Place, Ulverston, Cumbria a condition, requiring an archaeological watching brief to be carried out during groundworks associated with the development, was placed on the planning consent by South Lakeland District Council, following the advice of Cumbria County Council Historic Environment Service. Greenlane Archaeology carried out the archaeological watching brief between the 16th and 26th of January 2018.

The site lies within the medieval core of Ulverston, on Daltongate, formerly known as Duke Street. The cartographic and photographic evidence shows that a three storey building, with stone steps up to the front door and a covered passage to the east side, existed on the site from at least 1840, when the first detailed map of Ulverston was produced, and that there was a single-storey outshut to the rear.

The watching brief monitored the ground reduction across the site and digging of foundation trenches by machine across the site. The bases of brick walls, some with stone boulders as their foundations, were uncovered, as was a flag surface to the south, and extensive brick-rich rubble deposits. Below the rubble was the natural geology. Sandstone steps emerging from a blocked opening in the wall fronting onto Daltongate, led down to the surface of the natural geology, and a possible pit with 19th century pottery and other material was identified to the east of the base of the steps.

The remains uncovered clearly relate to the building fronting onto Daltongate, and the outshut to the rear of it. The dating of finds associated with the construction of the outshut indicate that the outshut was built in the late 18th or early 19th century, and the main building is likely to have been built at the same time or slightly earlier. The deep cellars that formed part of the main building had apparently removed any medieval remains that may have existed on the site prior to that building’s construction. 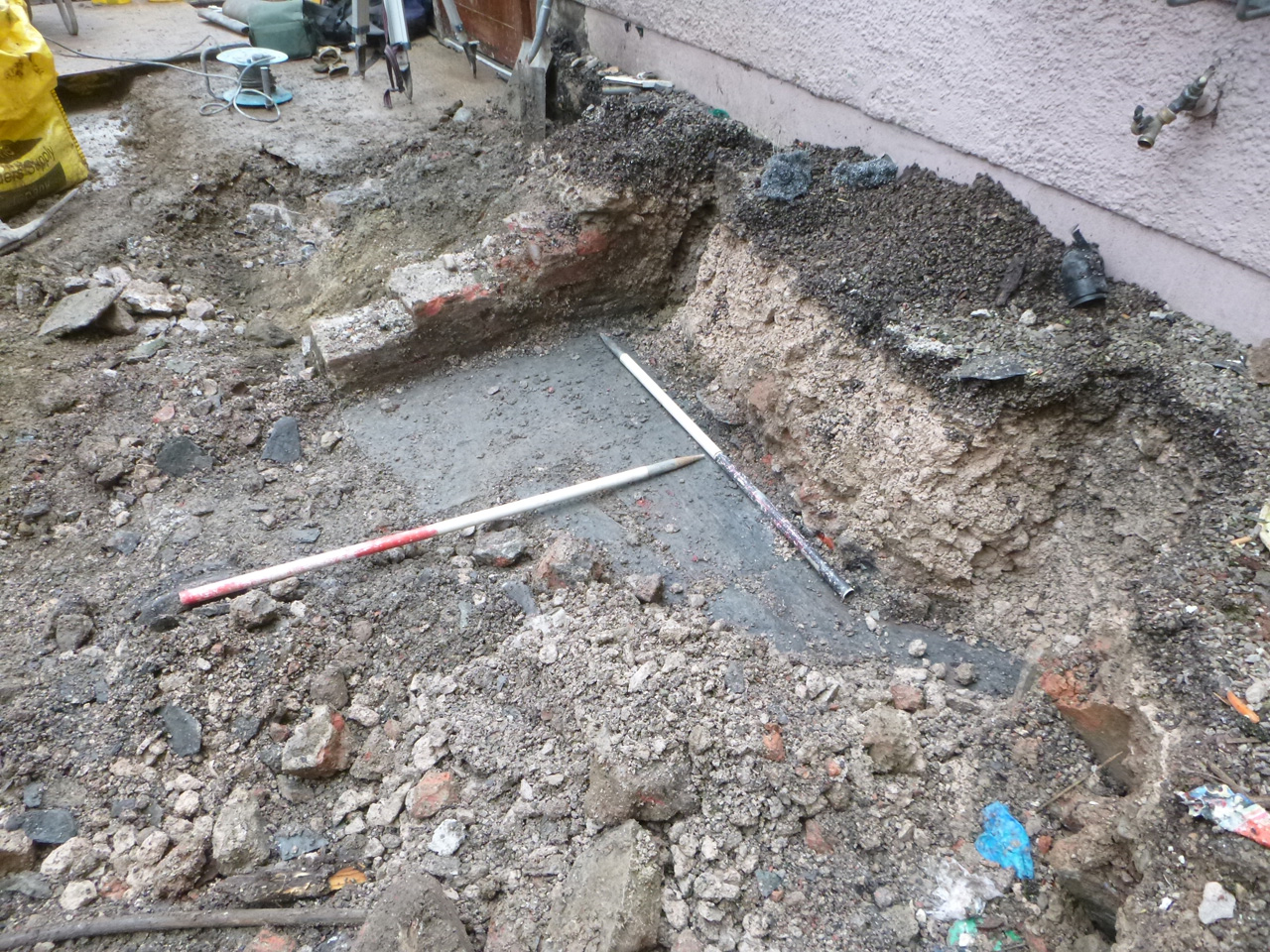