Following proposals to renovate the former gatehouse, Calder Bridge, Gosforth, Cumbria, including the insertion of a new mezzanine floor, Historic England requested an archaeological watching brief be carried out on the associated groundworks.

The former gatehouse formed part of the wider complex of Calder Abbey, which was established in 1134 as a daughter house of Furness Abbey. It thrived despite its remote location and the ongoing threat from cross-border conflict with Scotland, reaching its peak in the 13th and 14th centuries. It was closed as part of the Dissolution in 1535 and then passed into private hands, with the Irwin family carrying out many alterations during the late 18th and 19th century. A previous archaeological building recording associated with the current development revealed the gatehouse had been converted into an agricultural building, probably in the late 18th or early 19th century, but that there were probably also other alterations carried out after the Dissolution.

The groundworks comprised the hand excavation of nine pits, each typically 0.7m square and 0.7m deep. In each pit the initial layer of cobbles was bedded on soft orange sand, below which a sequence of dumped stony deposits and earlier cobbled surfaces was typical, all of which probably represent former floor surfaces or material dumped after phases of alteration within the building. The majority of these deposits are probably post-medieval, although dating evidence was limited. No definite floor surfaces of medieval date were encountered, but a hole cut in the masonry of the south wall was revealed in one of the trenches, which might indicate that the floor was originally timber and raised off the ground. One of the most significant discoveries were numerous fragments of roofing slate of a type not local to the area and most like material from the Highland Boundary quarries in central Scotland. The slate from Scotland is likely to have been imported through a connection that Calder had in the area. Calder is not known to have had any land holdings or granges in Scotland, but its mother house, Furness Abbey, had another daughter house at Saddell on the Mull of Kintyre, but at present there is no specific reason to connect this with the slate from Calder. 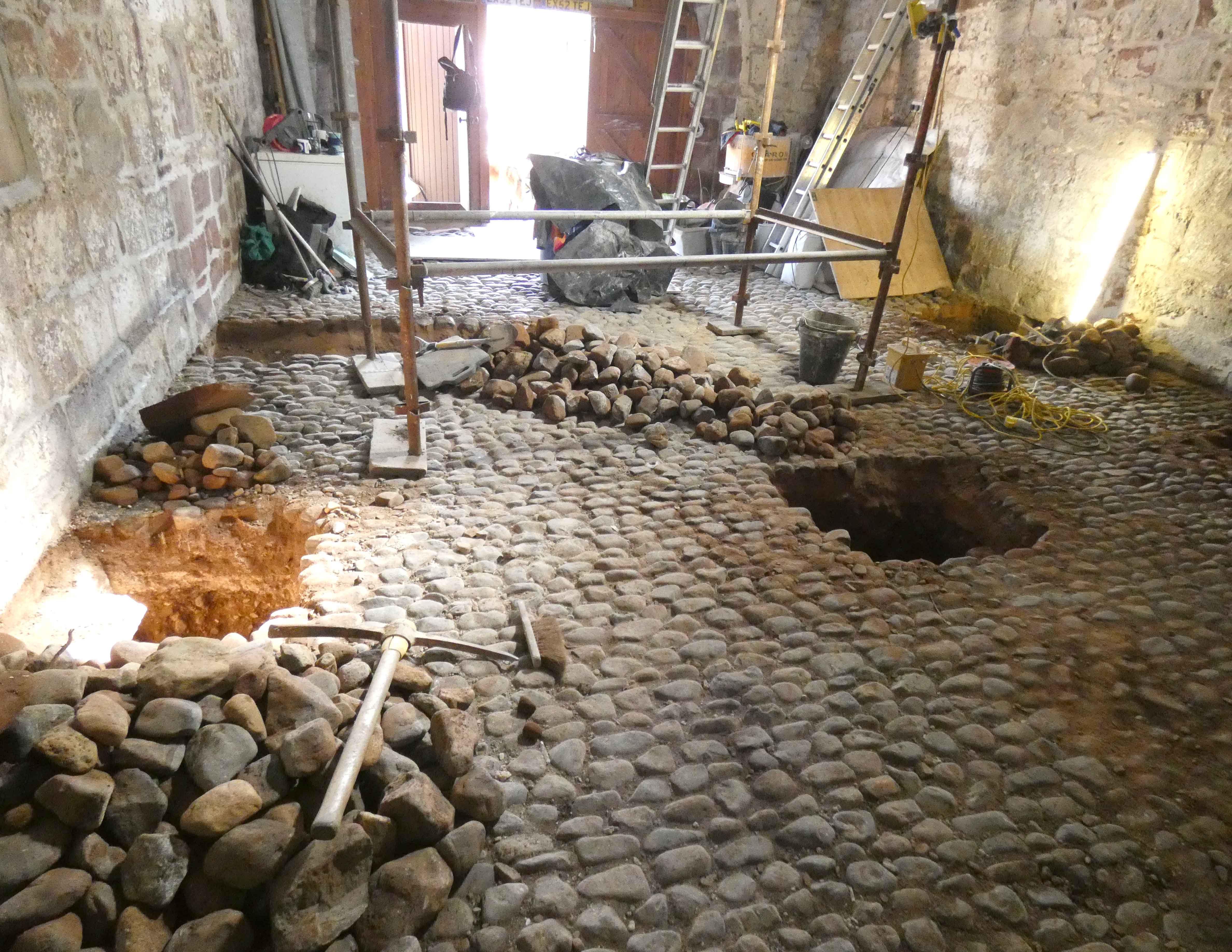