Prior to proposals to convert the former Lonsdale House Hotel, 11 Daltongate, Ulverston, Cumbria into apartments Greenlane Archaeology was commissioned to carry out a heritage assessment for the Grade II Listed property. The building originated as a substantial private house, built for the Fell family in 1787; their original family home was what is now known as Old Daltongate House, immediately to the west. It is not clear how long they remained at the site but it seems likely to have been until they constructed a new home at Flan How on the edge of town some time prior to 1870. Following this the property on Daltongate was used as a private home and a boarding school before becoming club rooms at the very end of the 19th century. These remained in use until at least the end of the 1950s after which time it became a hotel. Maps show that it had taken on its current form by at least the beginning of the 19th century, although the earlier mapping potentially shows some enlargement at this time. The maps also show that a large Gothic folly in the garden had been constructed by at least 1850. It is thought that the building was the work of the Websters, an important architectural firm based in Kendal, who operated throughout the late 18th and 19th centuries.

A site visit revealed that the interior had been subject to considerable modernisation and the majority of the historic fabric removed, with the exception of key elements such as the staircases, decorative plasterwork, door surrounds, and roof trusses. The front elevation also retains a significant collection of sliding sash window casements that are probably original. A possible ‘Webster’ fireplace recorded as being present is no longer evident, unless it is covered by a later timber surround. A Venetian window in the rear elevation and the difference in height between the front and back might be evidence that the rear of the building comprised part of a mid-18th century structure that was re-fronted, while it is apparent that the east end, although subject to some modern extension and alterations, was remodelled from a probable 19th century structure, as shown in the early mapping. 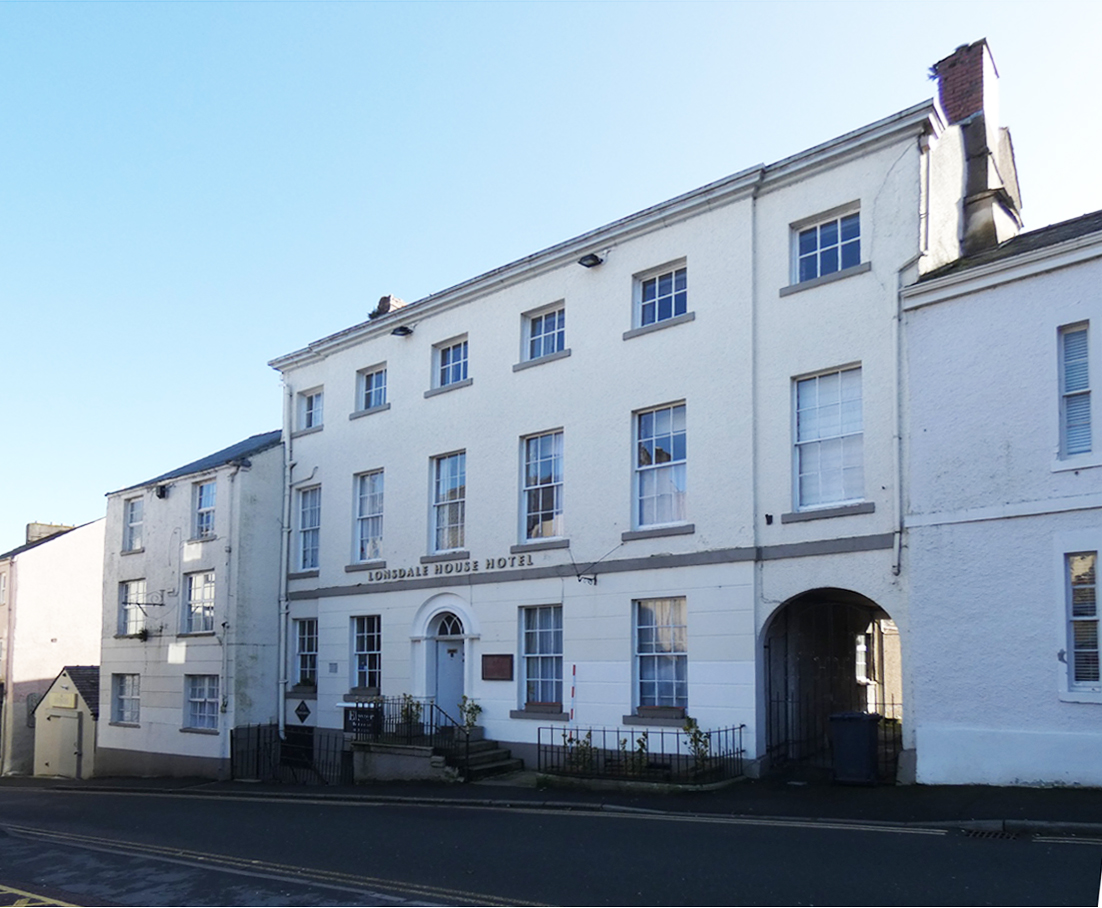