Following the removal of the external render from the Moot Hall, Appleby-in-Westmorland, Cumbria, during a programme of renovation, Greenlane Archaeology was commissioned to record a range of features of interest that had been revealed. This followed on from an extensive investigation into the history of the building and dendrochronological investigation carried out in 2018.

The Moot Hall is considered to have been built at the end of the 16th century, possibly in 1596, as per a datestone in the south-east elevation, which is partially confirmed by the recent dendrochronological dating. The documentary sources mention some new building in the early 17th century, perhaps the raising of the roof to its current position, as evident within the roof space and in the apparent repositioning of the original roof timbers. Later accounts described regular repairs and a new extension to the north-west is recorded in 1800. By this time the lower level was clearly being used for shops, and a dwelling was included in the extension, and both of these elements can be traced in the census and local directories. A single reference to a ‘blackhole’ in 1847 suggests that part of it might have been used as a jail. There are fewer alterations recorded in the late 19th and 20th century, although the current arrangement of shop fronts was probably created at that time. The current staircase to the first-floor door in the south-east end was added in 1933 and a single-storey extension was added to the north-west end in 1970.

Interpreting these features is difficult given the long life of the building but it is likely that the original gable represents the form of the late 16th century building, which was raised to its current height in the early 17th century. The north-western extension seems earlier than the suggested date of 1800; it is shown on a plan of Appleby dated 1754, with a doorway depicted matching the blocked one revealed, and the form of the v-jointed quoins at this end is also fitting for an 18th century date. It is suggested that the row of small high-level windows correspond to a former jail, the ‘blackhole’ recorded in 1847, and that part of the north-west end was used for this prior to the construction of the Shire Hall and new jail in Appleby in the 1770s. Later alterations are less substantial.

The building recording has shown further how complex the building is, as might be expected after over 400 years of continuous use. The evidence for a jail or lockup is particularly significant. 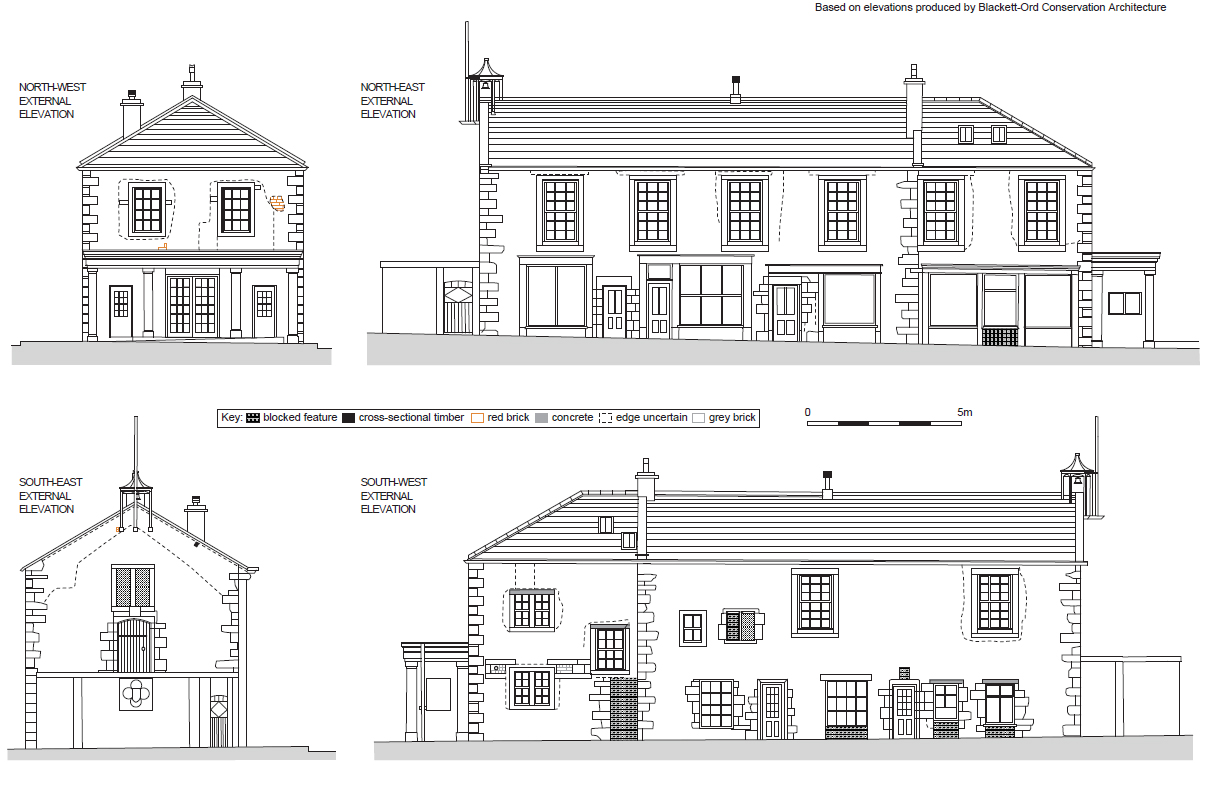