Following the submission of a planning application for the erection of a single storey extension, replacement of existing single glazed windows, alteration of a side window to a door, installation of a raised walkway, and repairs to a timber truss at The Nook, Quernmore Road, Caton, a condition was placed on the decision notice by Lancaster City Council requiring that a record of the affected truss be made beforehand. Following the provision of a project design by Greenlane Archaeology the work on site was carried out in June 2017.

The origins of The Nook are unknown but it has a datestone of 1697, which probably relates to the earliest part of the standing building. A further datestone of 1732 probably relates to the extension that contains the recorded truss, and further additions were added after that date but before the middle of the 19th century. The building had essentially taken on its current form by that time and saw relatively little major alteration until the 20th century.

The truss comprised a single tie beam truss, constructed entirely from reused timbers, largely pieces of cruck blade, as were all of the purlins. Later alterations, related to attempts to support the truss, comprised the addition of a tie beam and steel supports. 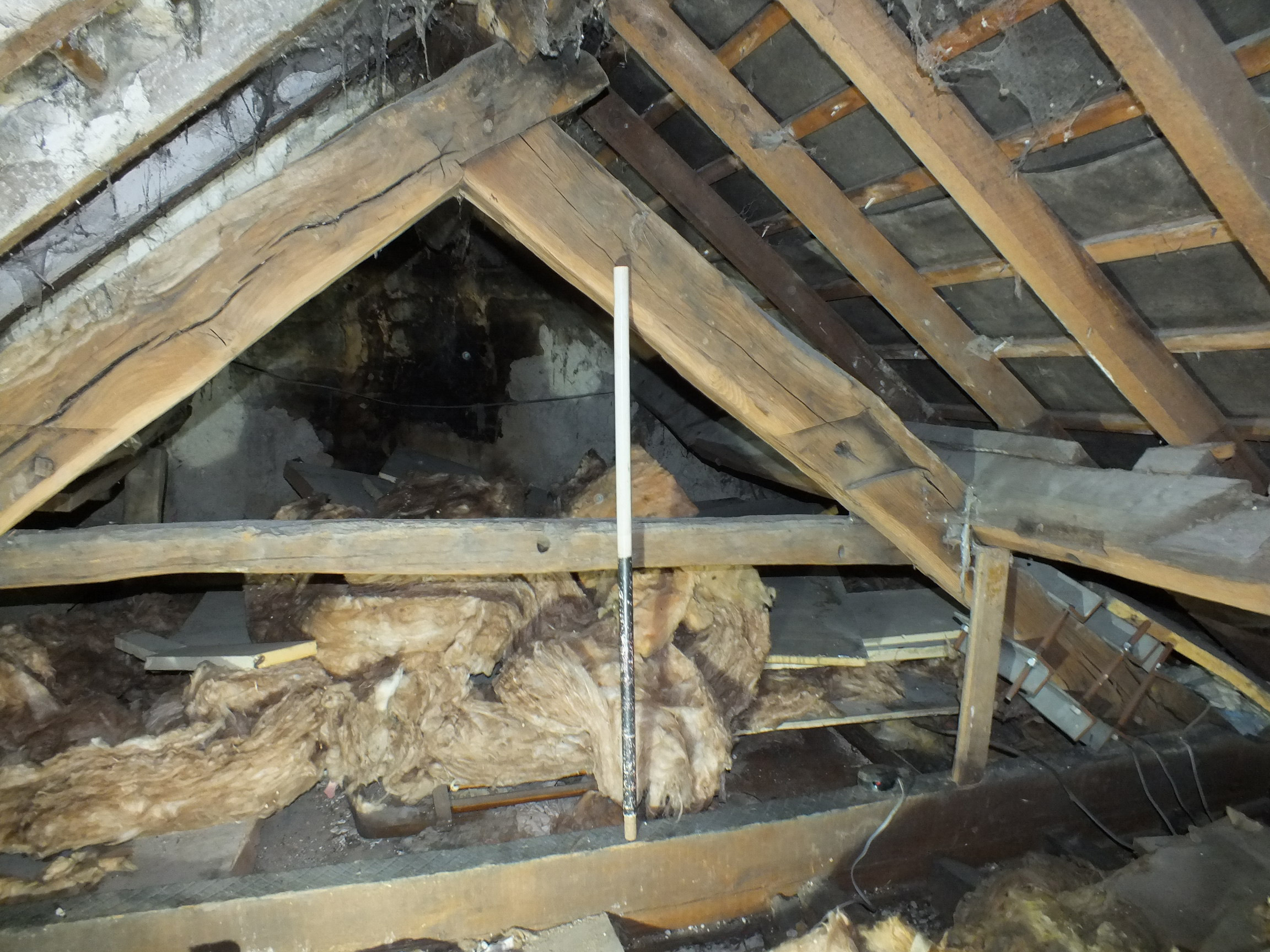