Following the submission of a planning application to demolish a former school and construct new houses on a site at Main Street, Distington, a condition was placed for an archaeological watching brief. The watching brief monitored excavation of the footings of two houses (relating to Plots 13 and 14) at the far west end of a new development south of Chapel Street. This revealed a straightforward sequence of deposits below the hardcore surface which had been placed following the removal of vegetation from the site. A small amount of topsoil remained below the current ground surface. This sat above a layer of subsoil and the underlying natural was encountered throughout the area of trenching below that.

Distington is known to have been occupied in the medieval period and the site is within what is presumed to be the remnants of a medieval burgage plot which fronted onto Main Street to the east, however, no archaeological features were encountered and only a very small number of post-medieval finds were recovered, dating from the late 17th to early 20th century. These few finds likely relate to the growth of Distington as a mining village in the 18th and 19th century. The east end of the new development was perhaps more likely to have been the focus of medieval activity at the site and this end might have revealed evidence for earlier occupation had it been appropriately evaluated for its archaeological potential. 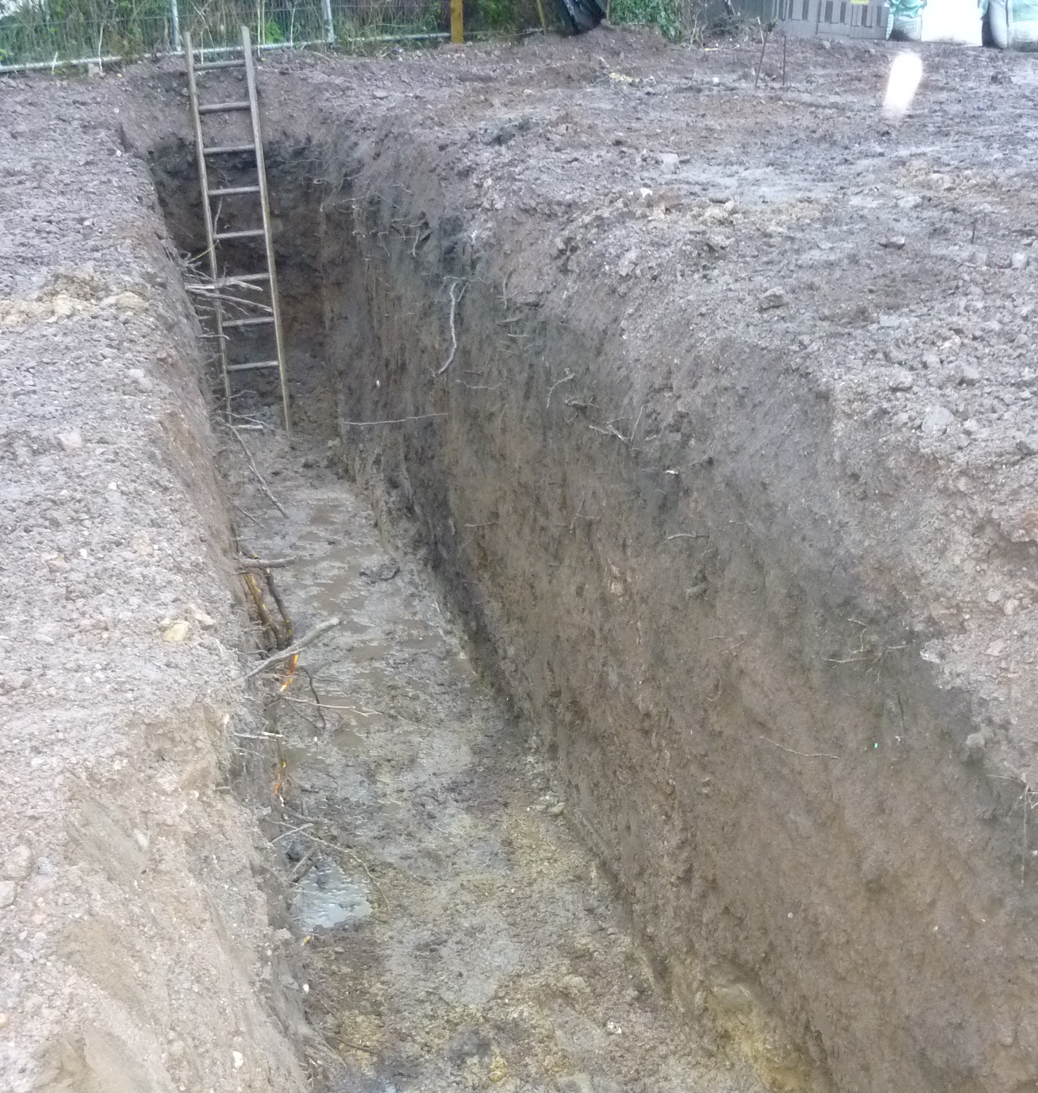