Greenlane Archaeology was commissioned to carry out an archaeological building recording of Town Head, Newby Bridge, Cumbria prior to a proposed programme of alterations to the house. This followed on from a previous desk-based assessment carried out by Greenlane Archaeology in relation to an earlier scheme.

Town Head has at least 17th century origins and appears to have been a farm by this time, although the earliest mapping shows a cluster of buildings in the area in the 18th century. Various occupiers are recorded at Town Head in the 18th century but it is not until the estate was purchased in 1804 by William Townley that more detailed records appear. He soon built a more substantial house on the site, and some of the original specifications for this still exist, although it is evident that when he acquired it, it consisted of more than one building at that time, one of which had apparently been recently rebuilt.

The building recording revealed that the while much of the current building relates to the building work carried out by Townley, the property is based around an earlier core. This was clearly what is known as a double pile plan house and elements from within the current structure suggest that it was early 18th century in date, although it could have been the building that was described as newly built when Townley acquired the site. This structure was enlarged in 1805 with the addition of new wings to make a symmetrical front façade and a service wing to the rear with cellars as well as a substantial dining room. This structure was enlarged again, with a further addition to the north end of the north wing in the mid-19th century, and a new range of outbuildings to the east in the 1890s. More recent work has comprised relatively minimal modernisation but has resulted in the loss of some fireplaces.

Unusually it was possible to match much of the recorded history of the building with the phases of its development, making the interpretation of this relatively small Lake District villa more detailed than is usually possible. It is also of interest as another example of a double pile house of early 18th century origin, something which has been observed in a number of other cases and is increasingly contradicting the previous view that these are typically mid-19th century in date. 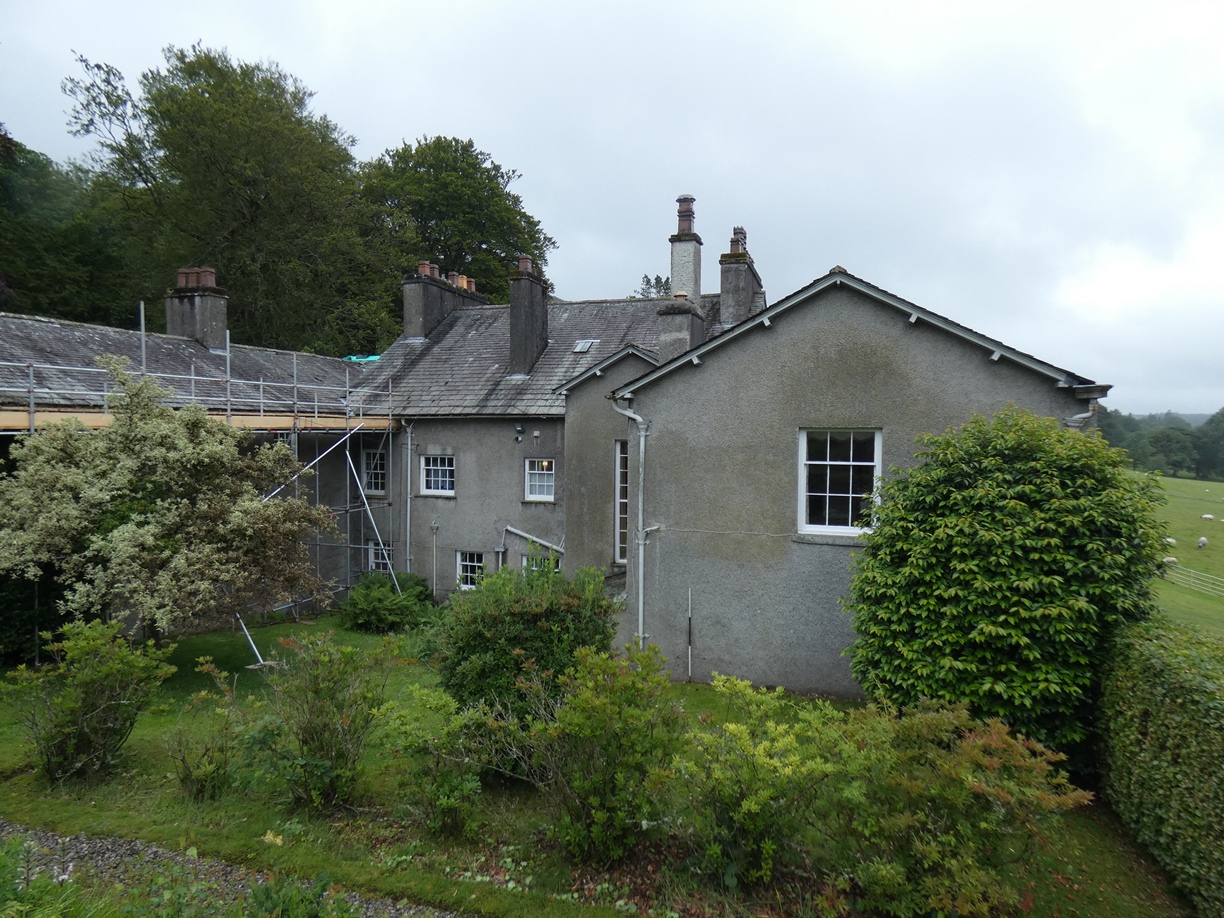