A Heritage Statement was requested by the Lake District National Park Authority prior to the submission of a planning application for the establishment of a new hydroelectric scheme at Troutbeck Bridge, Windermere. There are mills recorded at Troutbeck Bridge from at least 1390, and perhaps as early as 1274, initially comprising fulling and corn mills, with both perhaps operating at the same time. A mill connected with the processing of iron ore is also recorded in the area, perhaps on the same site.

Certainly by the late 17th and 18th century two mills were operating at Troutbeck Bridge, a corn mill and a paper mill. The latter had gone out of use by the beginning of the 19th century, and by the 1820s a bobbin mill had been established on the site, which continued to operate into the early 20th century. At the end of the 19th century the mill race was being utilised to produce electricity, which also continued into the 20th century. In the late 20th century the bulk of the site and the former bobbin mill buildings were taken over for use as a stone masons.

The site visit revealed that the north-east section of the mill race remains in relatively good condition, with seven separate elements recorded, including the weir, sluice and mill race structure, and associated features such as an iron pipe and valve. A consideration of the evidence of the documentary research and the site visit concluded that while the extant section of mill race was certainly in existence by the mid-19th century it is likely to have earlier origins. It has, however, been subject to later modification, probably resulting from the installation of a hydro-electric plant in the 1890s, and is in a state of disrepair. 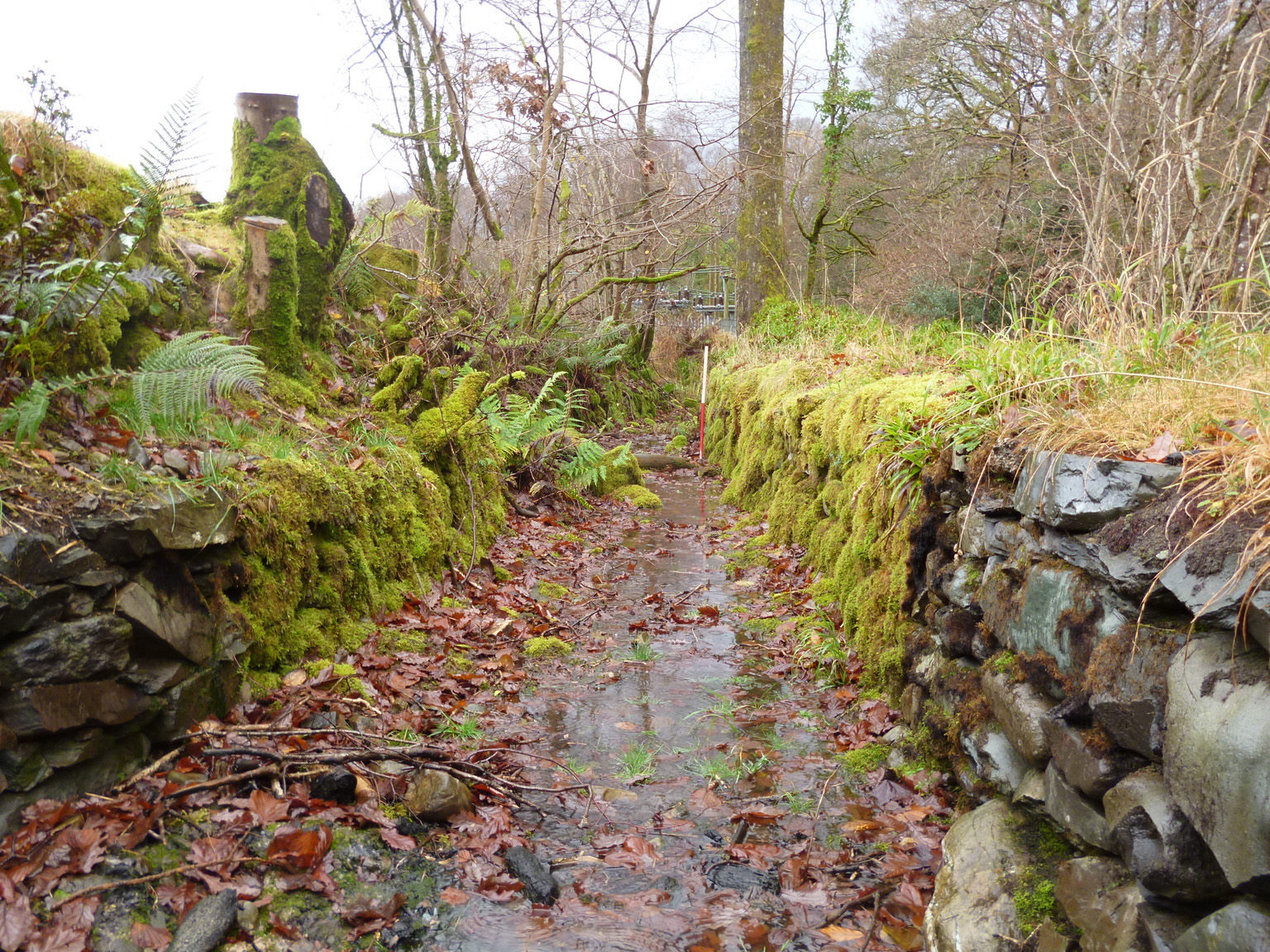