As part of a series of alterations to Ulverston Parish Church devised by the Ulverston Parish Church Renewal Committee a programme of archaeological work was carried out. This comprised the monitoring by watching brief of ground works relating to the removal of an outbuilding and construction of a new toilet facility, as well as the recording of the walls during maintenance work inside the church tower.

The earliest surviving fabric in the church is the Norman doorway which is probably 12th century and all that remains of the original building, said to have been built in 1111. It is recorded that the present church replaced an earlier one, which collapsed in a storm in 1540, and was rebuilt using material taken from several local monastic sites, although this too has seen several phases of later repair and extension during the 19th century.

The watching brief was only carried out once the former outbuilding had been demolished and the foundation trench excavated, rather than actually during excavation. No definite archaeological features were encountered although some disarticulated human remains were found within the topsoil. A v-shaped cut feature was, however, observed beneath the tower, but this was considered most likely to have been excavated to provide access for a pipe between the boiler room and the earlier outbuilding.

The full report is available on the Archaeology Data Service website: https://archaeologydataservice.ac.uk/archiveDS/archiveDownload?t=arch-700-1/dissemination/pdf/greenlan1-50188_1.pdf 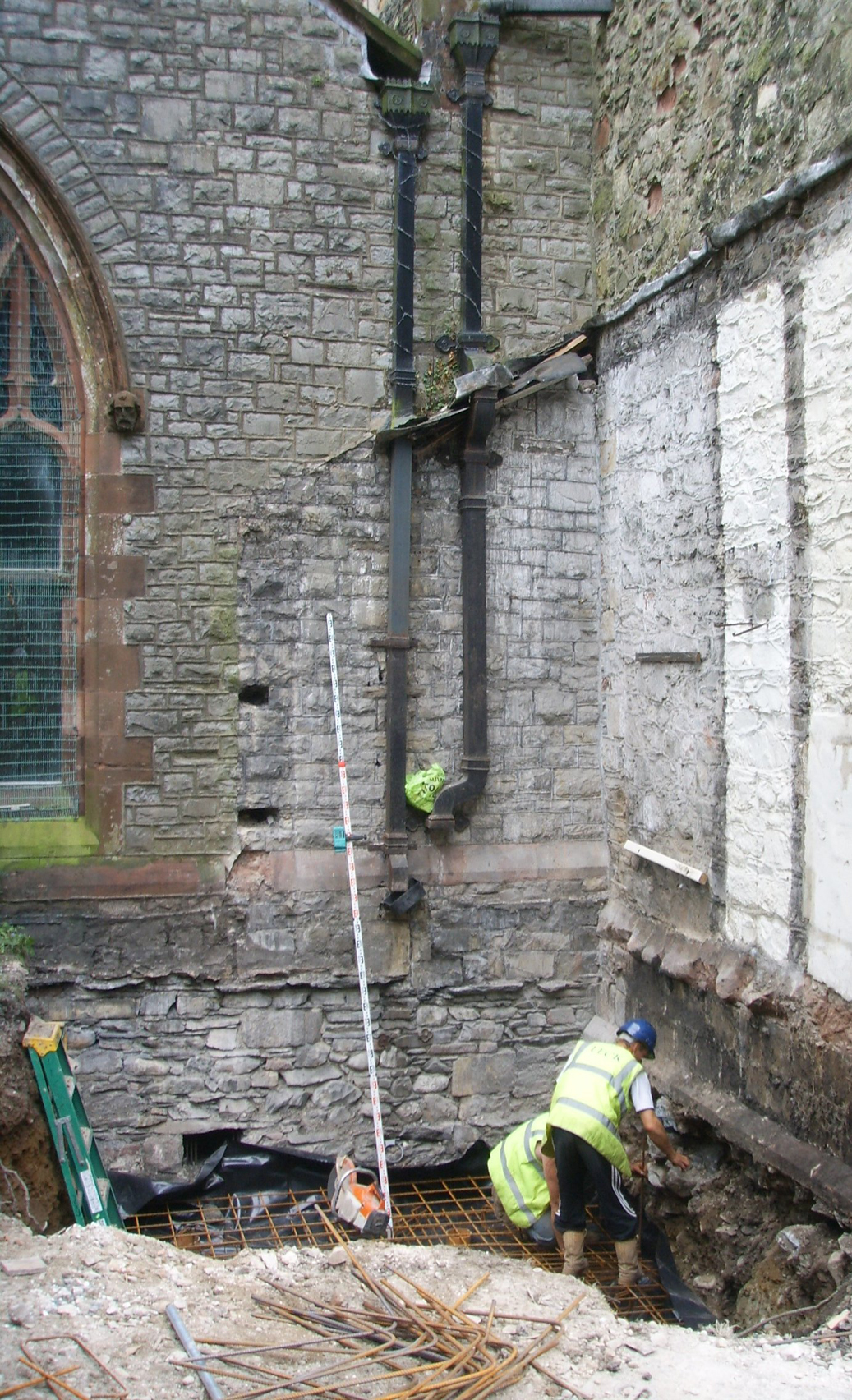