Following the submission of a planning application and application for Conservation Area consent to demolish the former Vickerstown School, Latona Street, Barrow-in-Furness, a condition was placed requiring an archaeological building recording. Vickerstown School is a large building within the Conservation Area for Vickerstown but is, in effect, a good example of Victorian architecture trying to fit into an essentially Edwardian estate development. The different architect and the, presumed, need for the Education Board to minimise costs, means that it only makes a passing reference to the style of the rest of Vickerstown, although it still retains a number of features of architectural and historical interest.

Vickerstown School was constructed in 1901-1902 as part of the growing Vickerstown Estate, which was created to meet a chronic housing shortage during a period of prosperity in the Vickers, Sons and Maxim armaments works. The estate grew out of a planned sea-side resort, first proposed by a syndicate of local businessmen, but the company behind this was acquired by Vickers so that it could form new housing for their workers. The bulk of the estate, which was divided into two parts, was designed by the local architect William Moss Settle, to a uniform style with the intension of creating a Port Sunlight-style model town. The school, however, was designed by the Barrow-based architect Henry F Fowler, following a request for designs from the local Education Board. Fowler’s plans, while clearly influenced by the overriding style of the rest of Vickerstown, were much more traditional, and his design is very similar to Cambridge Street School, which he extended in 1906, having presumably been involved in the original design. The school remained in use for over 100 years, despite having been threatened with closure in 1982, and saw extensive new additions as recently as 2000.

The building recording revealed only a small number of phases of development, with the original period of construction clearly following very closely the original drawings by Fowler. However, there appears to have been some variation and a contemporary source mentions the presence of galleried seats in the classrooms, evidence for which was visible in the building, but this is not shown on the original plans. Later alterations do not appear to have been carried out until the later 20th century, and probably included the addition of some of the extant internal divisions, the creation of new doorways and other relatively minor changes. It is recorded that the projecting east wing was demolished in the 1970s, apparently because it was unsafe. The largest phase of alteration was the most recent, with a suite of rooms added along the north-west and south-west sides between 1999 and 2000.

The full report is available on the Archaeology Data Service website: https://archaeologydataservice.ac.uk/archiveDS/archiveDownload?t=arch-700-1/dissemination/pdf/greenlan1-156960_1.pdf 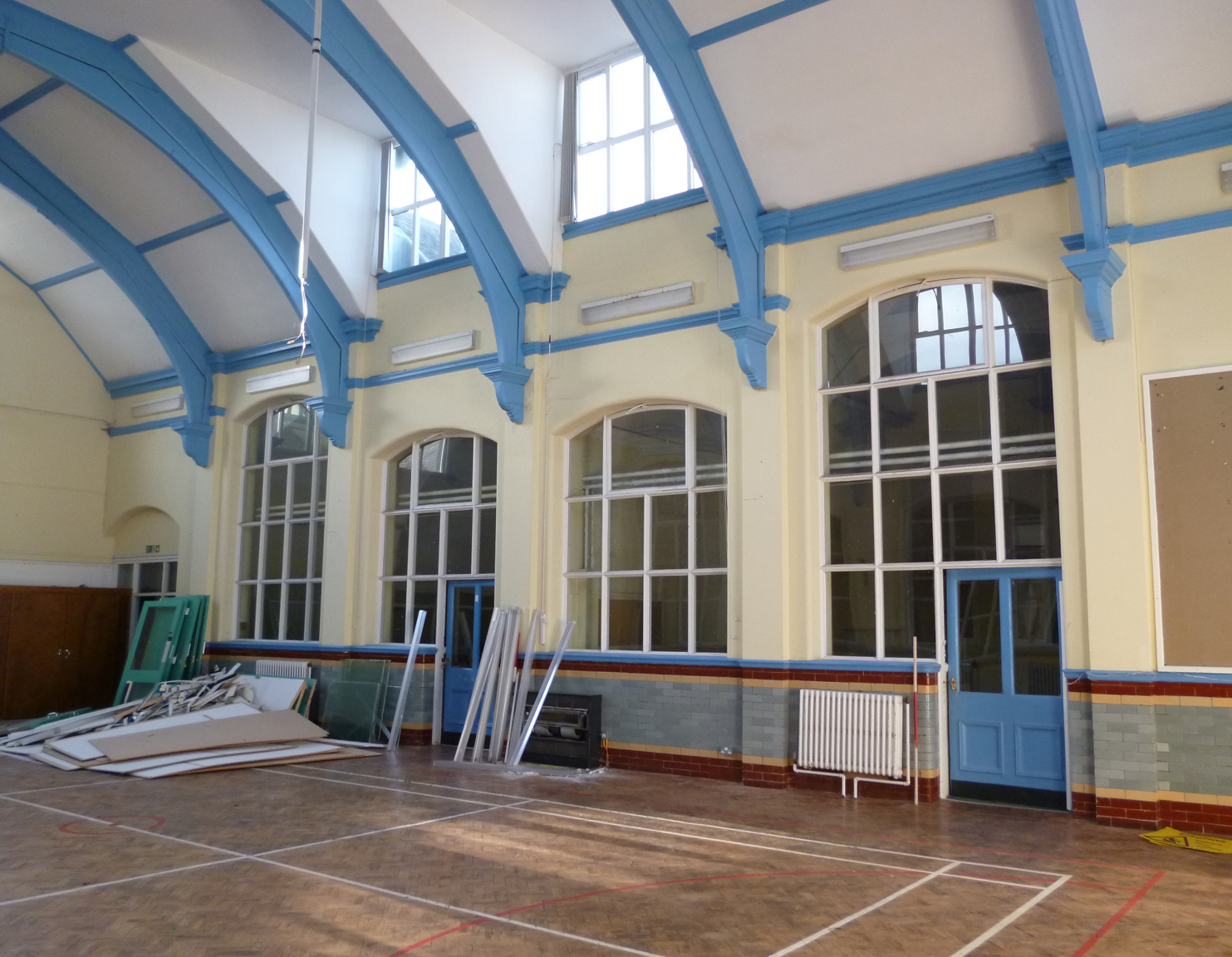