A watching brief was carried out inside the Scheduled Monument area of the Roman fort at Ravenglass ahead of the construction of new rock armour to improve the sea defences at Walls Bridge Embankment. The watching brief monitored the excavation of a single trench along the beach, which cut through deposits of material that had slipped down the slope of the adjoining shoreline, as well as the underlying beach. Two blocks of turf that had seemingly slipped intact down the slope were also removed. No features were observed, however, a large number of finds of Roman and later date were recovered. These included large quantities of ceramic building material, including roof tile and pieces of flue, as well as Samian ware (three quarters of which was burnt) and Roman coarse wares, and two fragments of medieval pottery. In addition, ironworking slag and haematite were also found, attesting to ironworking in the locality. The burnt Samian ware, which could all be dated to the last decades of the 2nd century, fits with the evidence of earlier excavations at the fort, which revealed a major phase of destruction by fire at this time. In addition, the presence of flue tiles suggests that there could have been another bathhouse nearby, while the presence of medieval pottery further demonstrates that there was activity on the site in the 13th to 14th century. 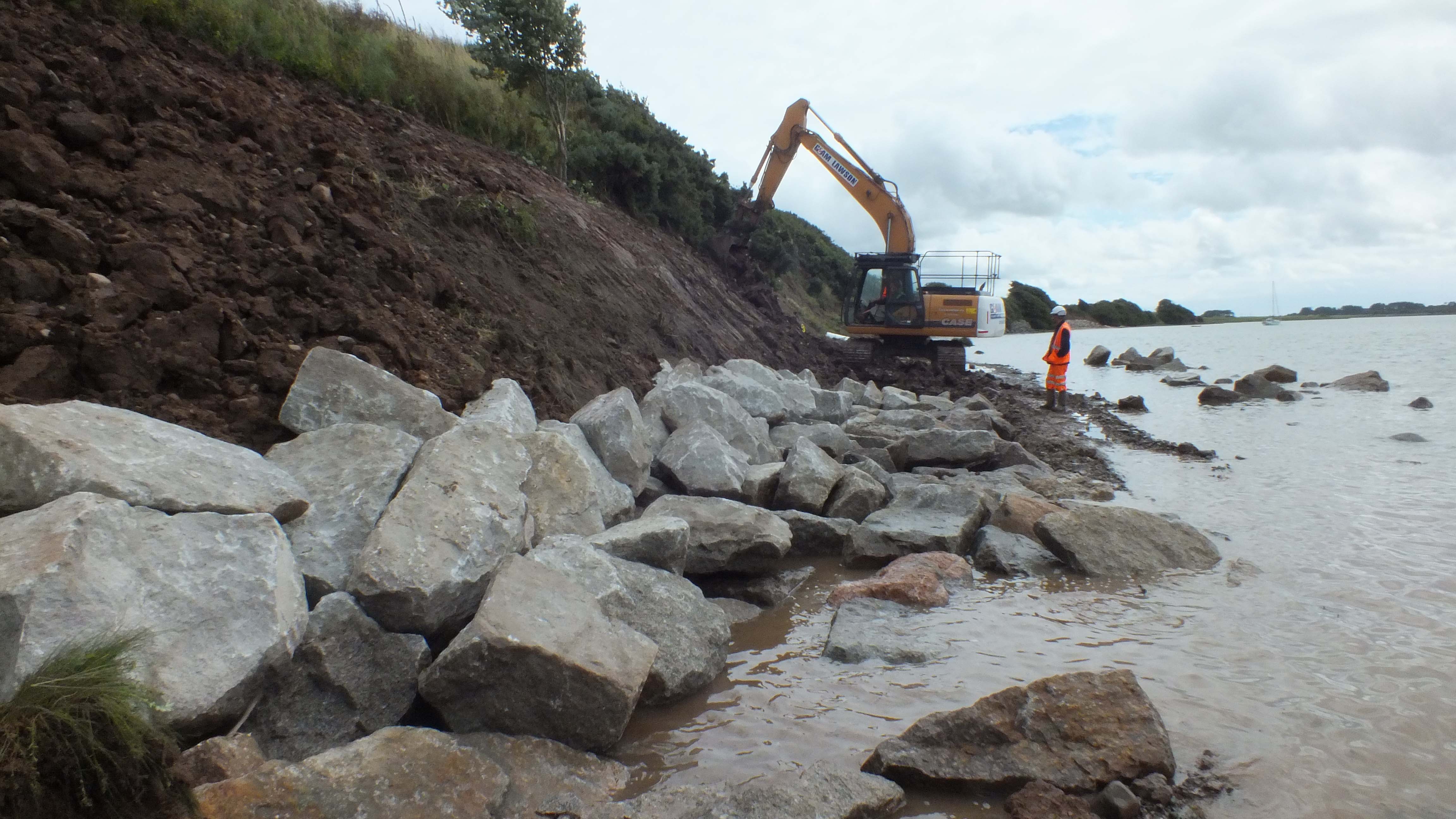