Prior to proposed alterations to Wennington Old Farm, Tatham, Lancaster, Lancashire, Greenlane Archaeology was commissioned to carry out a heritage assessment for the Grade II Listed property. The origins of the site are uncertain although a datestone of 1688 indicates it has at least 17th century origins. It was evidently at one time called Ridleys and there is a documentary source from the early 1630s referring to ‘Ridleys House’, but it is not clear if this is referring to the same building. Despite the late 17th century datestone the Listed Building details suggest that the property is primarily 18th century with 19th century additions, including what was originally a large barn at the south-west end. The map evidence shows that it had essentially taken its current form by the mid-19th century and that it was owned and occupied by a farmer named John Chapman during much of this time, although it was also tenanted during the same period. There is relatively little documentary information available about the physical fabric of the building, although it is described as a house with a yard, garden and orchard in the Tithe apportionment of 1848.

An archaeological building recording carried out as part of the project revealed that while there is some evidence for earlier fabric being incorporated into the building, the most evident part being the datestone of 1688 and associated moulded door jambs, the core of the current property is a double-pile plan house of probably early 18th century origin. This was subsequently enlarged with a two-storey service wing to the north and a threshing barn to the south, perhaps in the 18th or early 19th century. This element was later enlarged slightly to the east, probably to provide additional housing for animals, and then the building was substantially renovated and enlarged in the late 20th century with the construction of a large function room in the former barn and addition of a flat-roofed extension to the north. A substantial amount of historic fabric was removed or altered as a result of these changes. 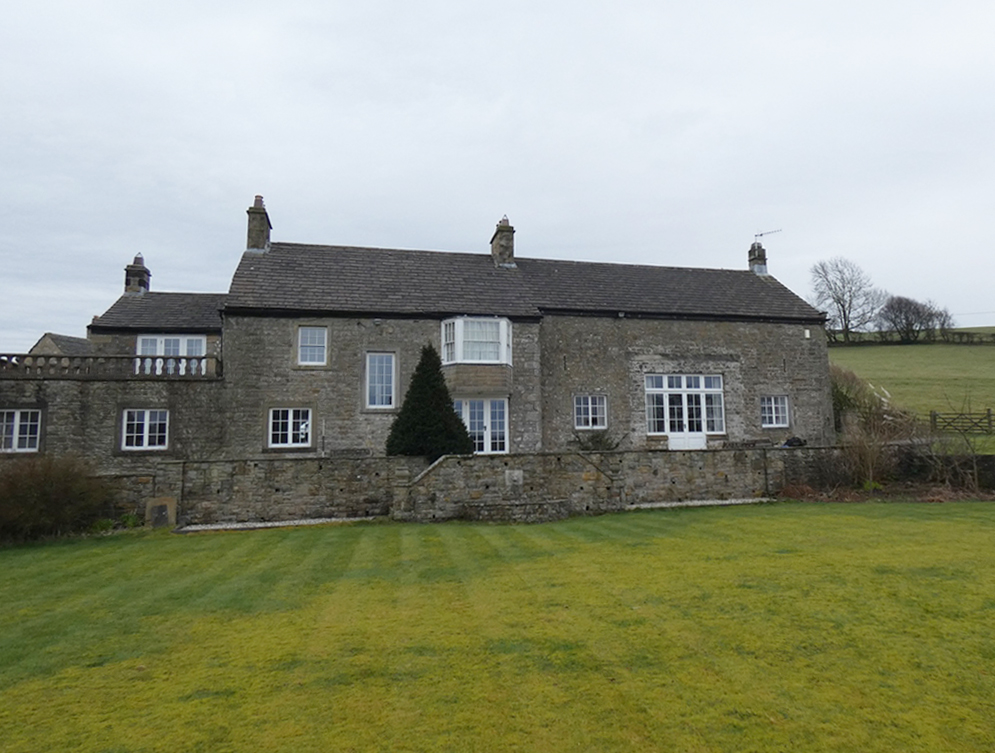