Prior to the proposed construction of a single-storey stable block and yard area and an all-weather riding surface at Wennington Old Farm, Tatham, Lancaster, Lancashire, Greenlane Archaeology was commissioned to carry out a heritage impact assessment for the proposal. This follows on from a heritage assessment carried out earlier this year ahead of proposed developments to the farmhouse. As a Grade II Listed building Wennington Old Farm is statutorily protected. However, it has already been substantially modernised, altered and extended. While there is some evidence for earlier fabric being incorporated into the building, the most evident part being the datestone of 1688, the core of the current property is a double-pile plan house of probable early 18th century origin. This was subsequently enlarged with a two-storey service wing to the north and a threshing barn to the south, perhaps in the 18th or early 19th century. This element was later enlarged slightly to the east, probably to provide additional housing for animals, and then the building was substantially renovated and enlarged in the late 20th century with the creation of a large function room in the former barn and addition of a flat-roofed extension to the north. A substantial amount of historic fabric was removed or altered as a result of these changes.

There will be some visual impact upon the setting of the farmhouse associated with the construction of the stable, yard and riding surface; however, the proposed location of the single-storey stable (to the rear of the farmhouse and offset from the cottage) has been chosen so as to minimise the visual impact of the stables on the Listed Building. It will not be visible on approach to the farmhouse from the access track from the main road, and will be largely hidden from the farmhouse by the cottage. The proposed riding surface (to the north of the farmhouse) is also positioned in the least intrusive position for it, in terms of its visibility to and from the farmhouse, and it will be at least partially shielded on approach to the house by a drystone wall which is to be retained. In fact, all of the drystone walls in the area are to be retained, making use of existing gated access. A stone-lined water channel present along the south side of the area of the riding surface is also intended to be retained. 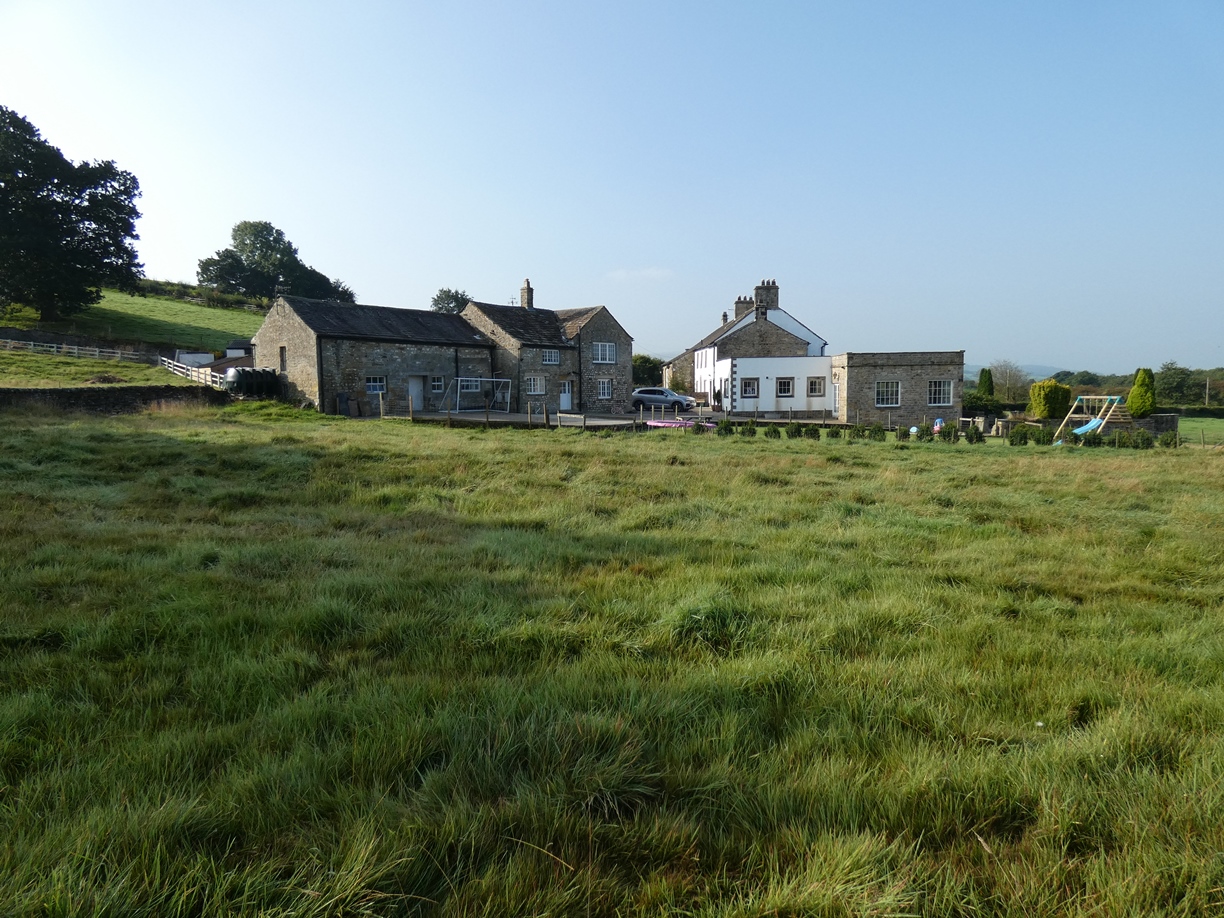