Whalley Bridge straddles the river Calder on the south side of Whalley. The bridge is first mentioned in 1317 when Aden de Huddleston granted a quarry to the monks of the Abbey which was ‘beyond the bridge at Whalley’. In 1634 an order for taxation to rebuild the bridge was made; probably in response to a letter from Sir Raph Assheton about its poor condition. Further repairs were apparently also made in 1656 and 1682. The bridge was subsequently re-pointed in 1908 and had major alterations made in 1917, at which time it was widened on both sides, the wedge shaped cutwaters were replaced with rounded ones, and the south-west retaining wall was also rebuilt. 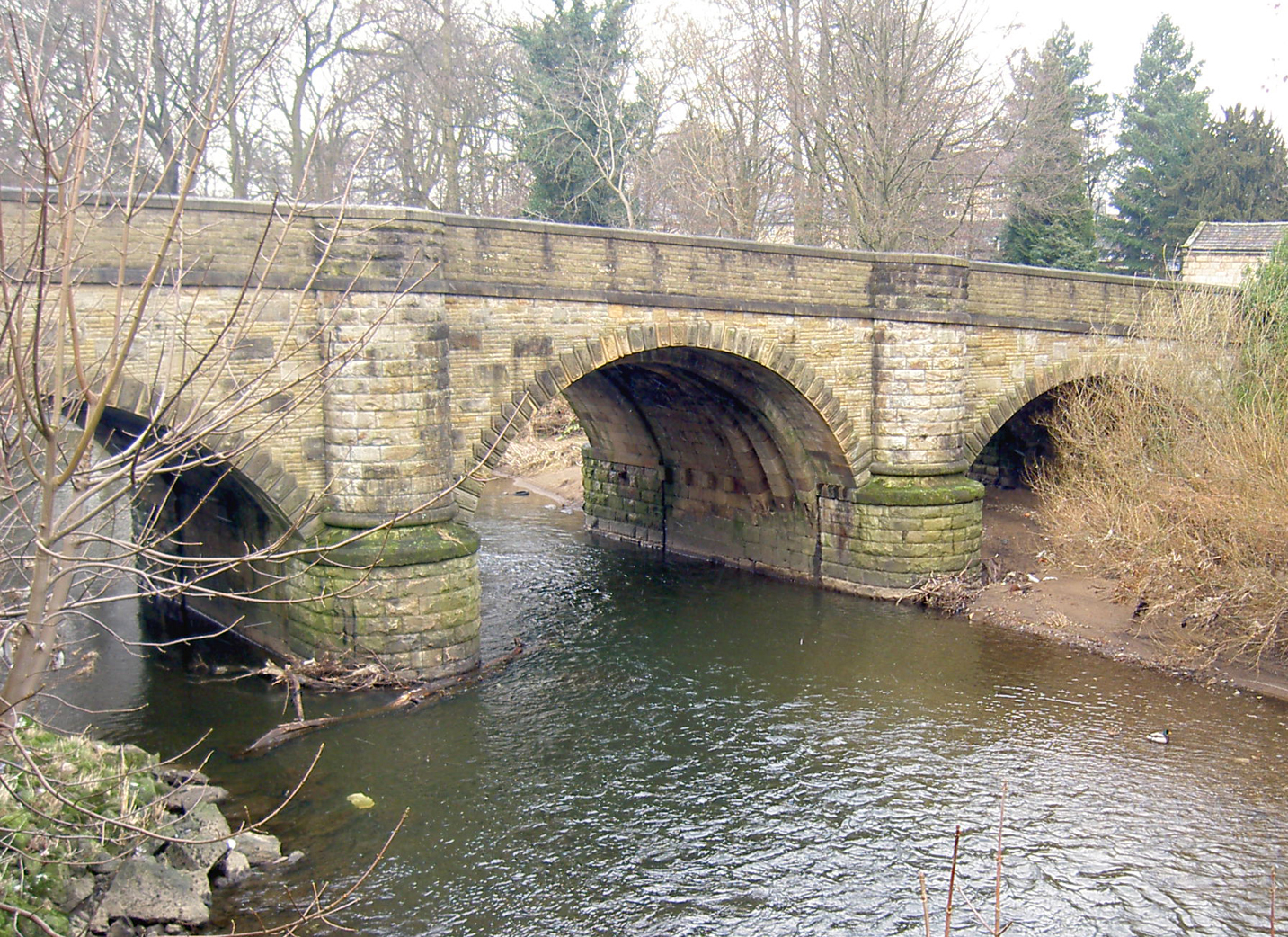