Following the submission of a planning application for the construction of a residential development on land at White Ox Farm, Penrith, Cumbria, Greenlane Archaeology was commissioned to carry out an archaeological evaluation, following on from the completion of an earlier desk-based assessment and geophysical survey. The evaluation comprised the excavation of eight trenches targeting features of potential archaeological interest revealed during the previous phase of work.

Documentary evidence demonstrates that the wider area contains archaeological remains from at least the Mesolithic period onwards, but the area around the site is dominated by those of later prehistoric and Roman date and the core of Penrith itself, which is primarily medieval.

The evaluation trenches revealed that the substantial feature shown in cropmarks and the geophysical survey comprised a large curving ditch running approximately north/south along the slope of the hill. To the east of this a shallow linear feature and a group of pits/postholes seem to indicate an area of occupation and structural remains. No finds were recovered that would allow these features to be dated, although it is apparent that the large ditch was subject to a period of relatively rapid infilling, which incorporated some dressed stone, suggesting this occurred no earlier than the Roman period, and perhaps much later. Small fragments of burnt bone, glass and some industrial residue were recovered from samples taken from the group of pits/postholes, further indicating that this was an area of occupation. Elsewhere, the samples tended to contain only wood charcoal and no other charred organic material.

The evaluation demonstrated that the features revealed in the cropmarks and geophysical survey are of archaeological origin, and, although they could not be dated, it is possible the large ditch is late prehistoric or Romano-British in origin on morphological grounds. The other features may be related and, if so, potentially represent an enclosure and associated settlement. 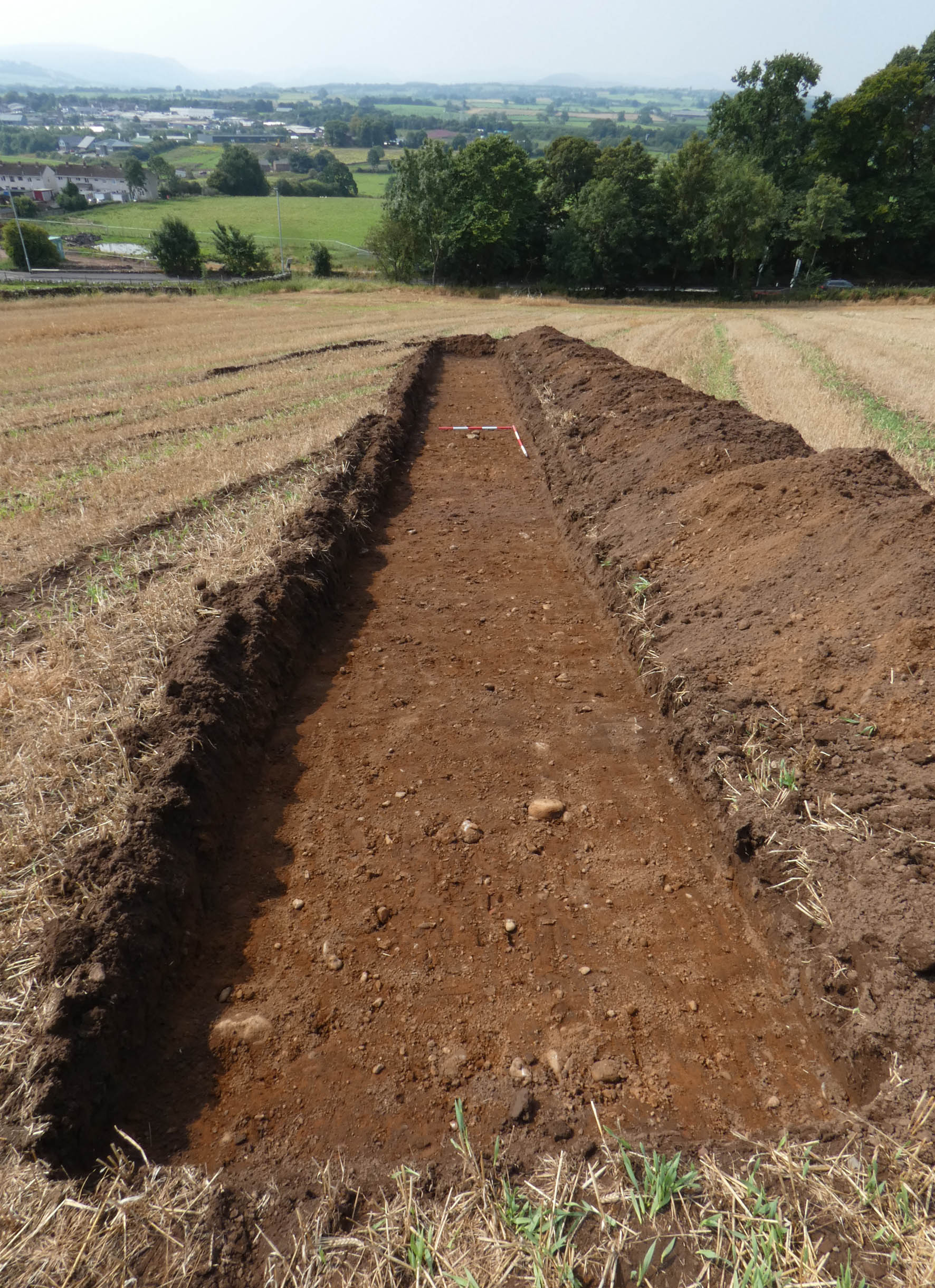