Following the submission of a planning application for the construction of a residential development on land at White Ox Farm, Penrith, Cumbria, and the completion of an archaeological desk-based assessment, geophysical survey, and evaluation, Greenlane Archaeology was commissioned to carry out an archaeological strip and record. This comprised the excavation of two areas targeting features of archaeological interest revealed during the previous evaluation in order to better understand their extent and, if possible, determine their date.

The strip and record revealed that in Area A, which was focussed on a group of pits/postholes found during the evaluation, there was limited evidence for further activity. A single additional pit was discovered, some distance from the rest, and an area of animal burrows. The original features were not found to be part of a coherent structure and the presence of animal burrows might indicate that some of the original pits derived from similar activity. Area B was intended to trace the continuation of a large ditch, identified in cropmarks and investigated in three of the previous evaluation trenches, and revealed that it extended to the north and turned slightly to the west and terminated. Another section of ditch was also revealed, orientated east/west, with the gap between sections assumed to be an entrance of some form. In addition, a large rectangular pit was revealed near the terminus of the original ditch section. While no additional dating evidence was obtained it still seems likely that the ditch represents a structure of late prehistoric, perhaps Iron Age date. 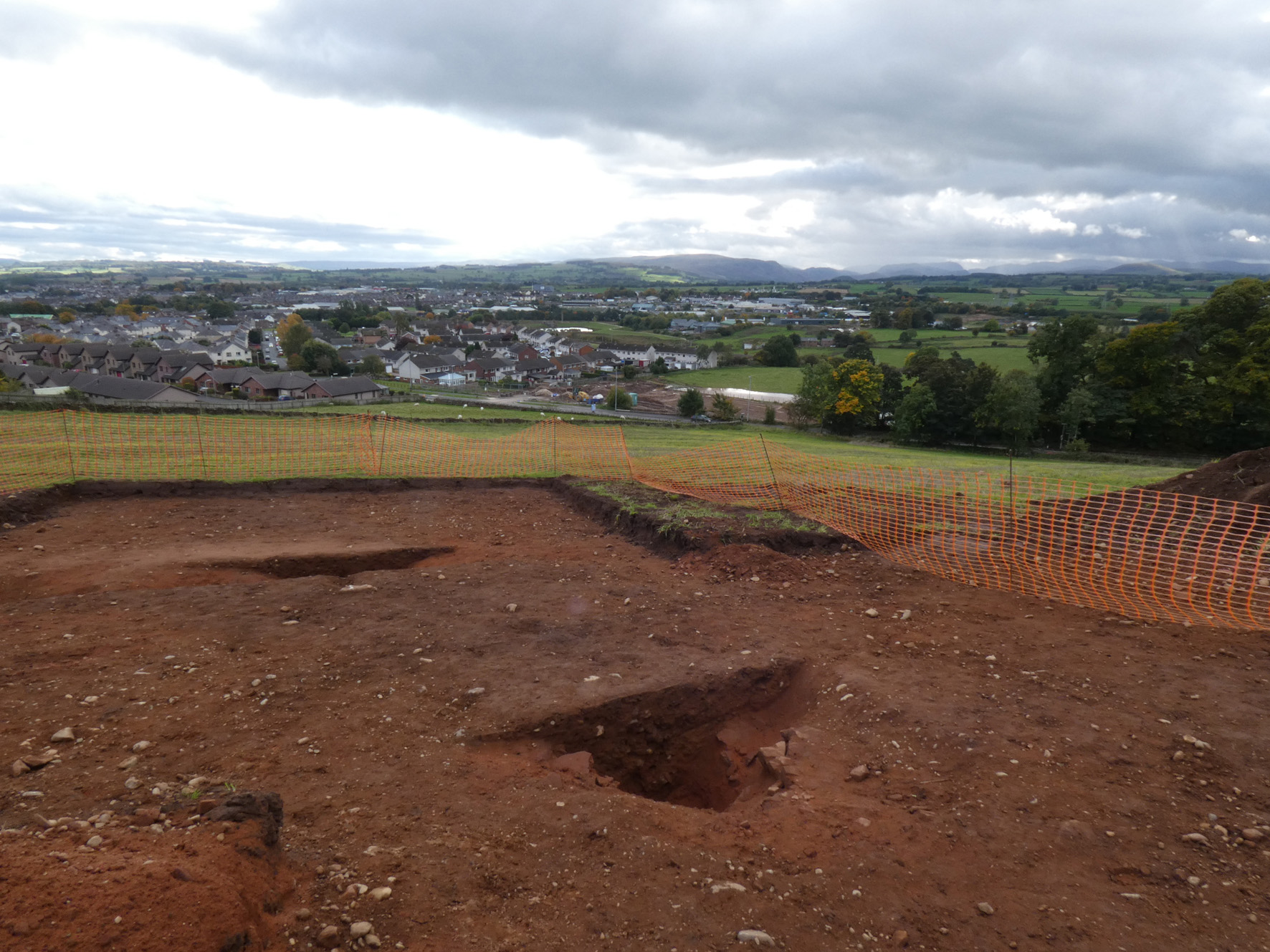