An archaeological building recording was carried out by Greenlane Archaeology in March and June 2017 prior to proposed improvements to Yews, Bowness-on-Windermere, Cumbria. Yews originated as one of a number of properties in the vicinity of Storrs Hall, originally probably known as Storrs Tenement, which became part of the Storrs Hall estate in the 19th century. It appears to have been associated with a number of families, notably the Greens in the 18th century, but remained part of the Storrs Estate until its sale in 1889. In 1896 it was acquired by James Scott who carried out an extensive programme of rebuilding, keeping the originally small house and attached barn essentially intact, albeit modernised, and substantially modifying another barn to form a coach house and kitchens. A detailed record of this work, with photographs, was kept by the family, and further alterations were recorded until the 1930s, with the present house remarkably well preserved from that date.

The building recording revealed seven phases of construction and alteration, many of which can be closely dated on account of the detailed records. The original probably 17th century building, which had had some early additions as part of a period of growth in the 17th and 18th centuries, was generally preserved by the work of 1896. This created an Arts and Crafts style house, noteworthy for its renovation of an existing building rather than being entirely new. A large extension added in 1911-1912 was the only element to stray from this style. 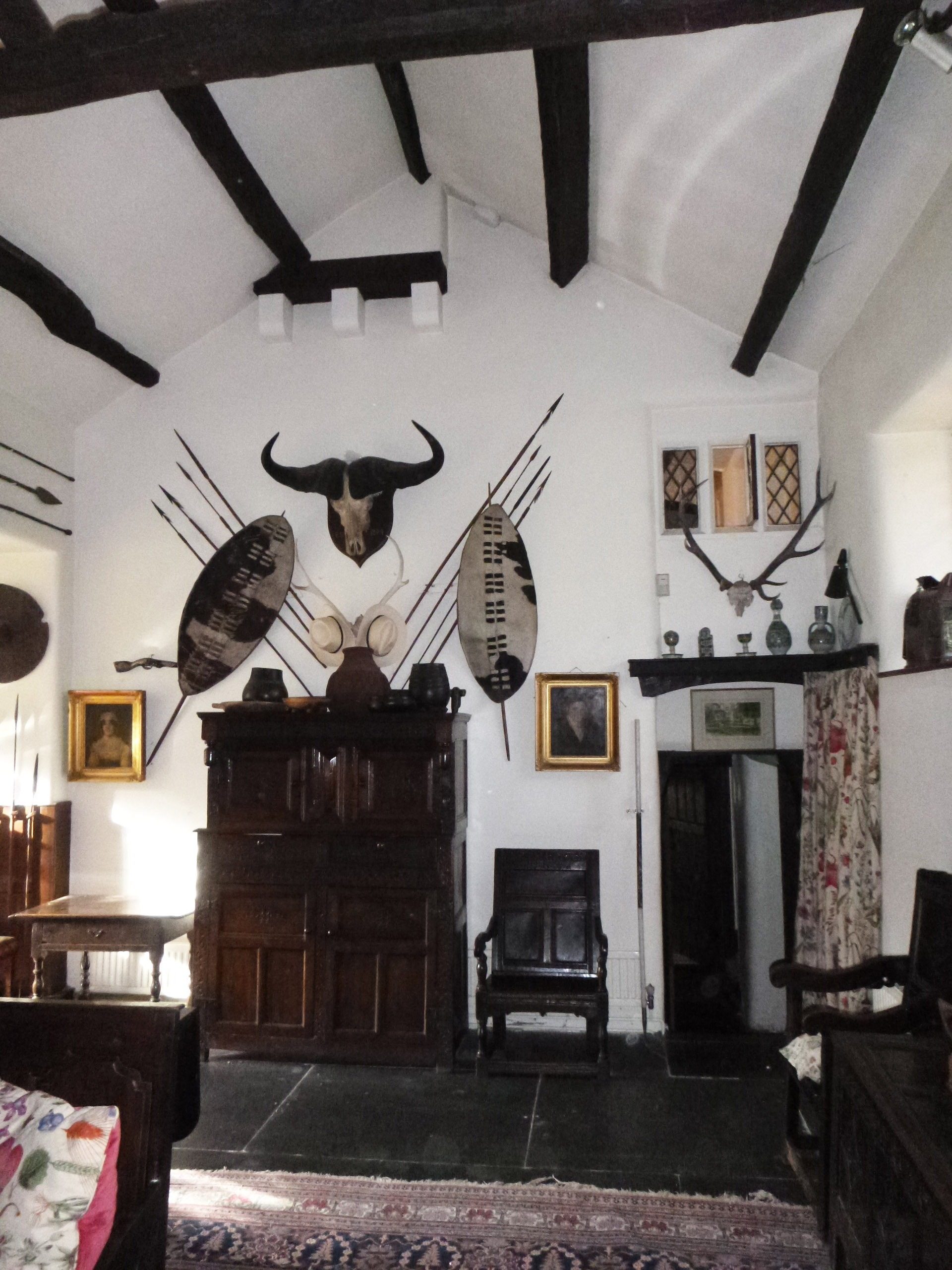 Inside the hall
© 2015 Greenlane Archaeology Ltd