Prior to the demolition of the existing buildings and construction of a new accommodation block at the YWCA, 95 Stricklandgate, Cumbria, South Lakeland District Council placed a condition on the planning application requiring an archaeological evaluation of the site due to the high potential for archaeological remains within the area. The site is located on the east side of Stricklandgate, one of the main thoroughfares of medieval Kendal, and it was considered likely therefore that medieval remains would be present within the area of the proposed development.

The work revealed that the rear of the plot had a medieval presence, as indicated by residual pottery sherds recovered from a garden soil that had suffered differential truncation due to the construction of buildings in the 20th century and associated landscaping. The only archaeological features encountered were two possible plot boundaries, one of which was of late 17th or early 18th century date, and a putative garden feature of 19th century date. One particularly interesting find was a piece of pottery kiln furniture of 18th or 19th century date, which potentially indicates the presence of post-medieval pottery making in the local area, although this could also have been otherwise imported to the site.

The full report is available on the Archaeology Data Service website: https://archaeologydataservice.ac.uk/archiveDS/archiveDownload?t=arch-700-1/dissemination/pdf/greenlan1-76139_1.pdf 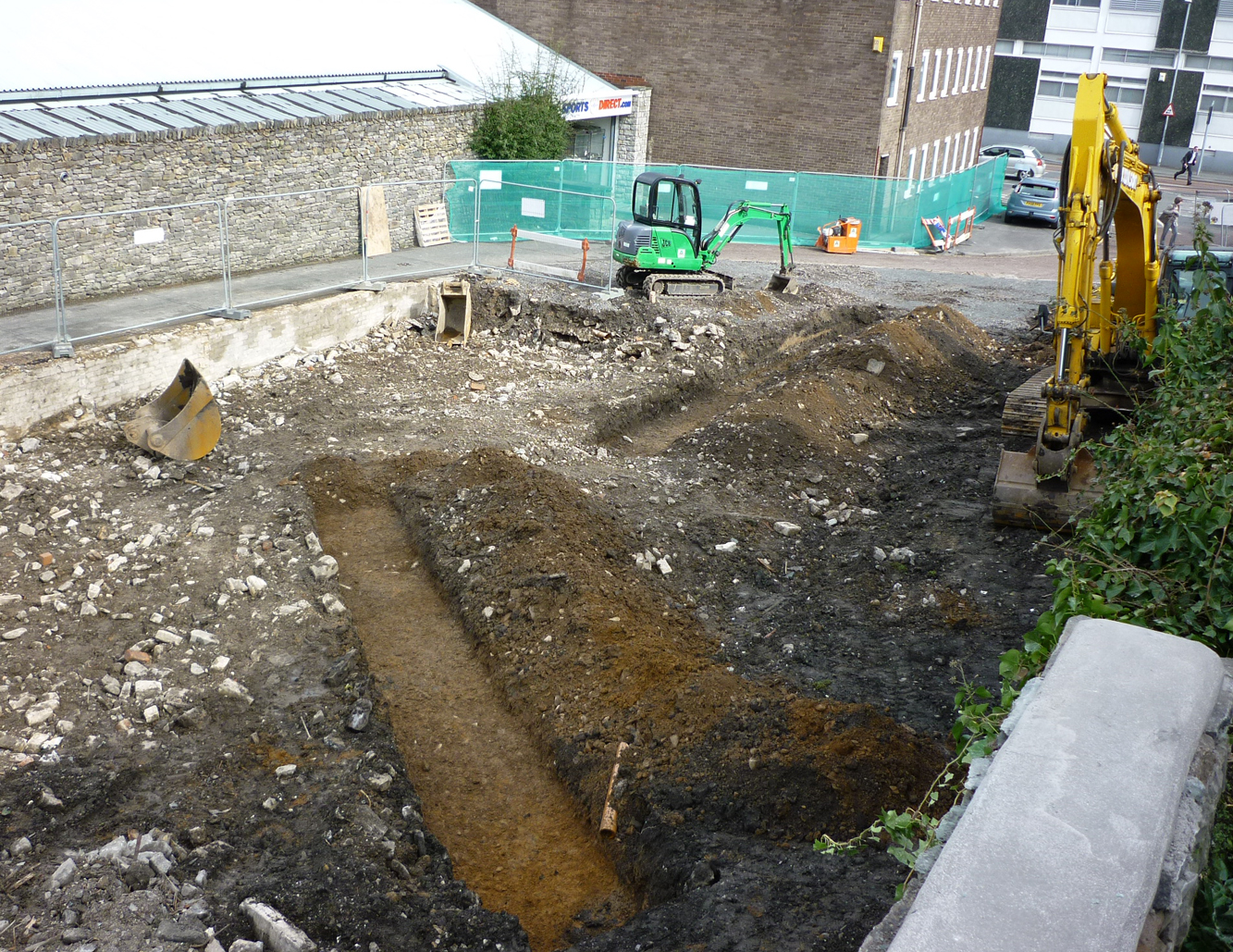